This evening I was out rollerskating (no, really), and did not have time to even think about posting.

I highly recommend rollerskating if you haven't done it in a few years. Its invigorating. 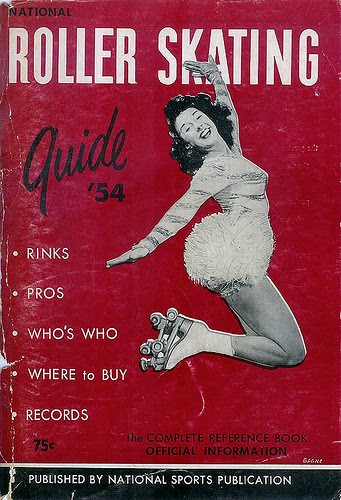 Here's the newest Green Lantern trailer, which showed at WonderCon this weekend in San Francisco. In my opinion, its a bit of a step up from the last trailer.

In the era of CGI or in the era of matte-FX, big FX movies have had an issue that's hard to overcome: how do you get a trailer out that shows off your movie when your FX aren't done?

Not to mention, what is the appropriate tone to take with your trailer well before the movie has only been shot, but the storytelling that goes on in editing hasn't been done?

I'll say this: the new trailer, whether you like it or not, is a lot closer to what I think of when I think of Green Lantern comics than what I saw in the first trailer. The first trailer felt more like "what would happen if Ryan Reynolds became a super hero?" than "Ryan Reynolds is playing Hal Jordan, who becomes a Green Lantern", going for half the length of the trailer before hinting at anything... interesting. And then was a montage of confusing imagery that wasn't going to mean much except to veteran Lantern fans, and even then... well, it just wasn't anything all that promising.

I'm still not sold on the movie, but at least someone stepped in to cut a trailer that was more "Epic Space Opera" than "Wacky Summer Comedy". And I can only hope the footage is there, along with the script, to bring the best parts of Green Lantern and its 50-year history in comics to the screen, and not let the usual issues with stars, wayward directors, producers with notes, etc... get in the way.

But, man, I don't even know that its worth it anymore to show trailers much more than two or so months before a film's release. I don't recall the last time I heard anything but comic fans and non-comic fans alike finding reasons that a superhero adaptation was going to be awful, and usually for pretty minor reasons. And, as someone who has talked a lot online for years about comics, movies and the place where they meet... I'm as guilty as the next guy.

But I'm not doing it anymore. The patterns are too obvious.

1) The first images of the costume are released, and even if its an exact replica of the comics, the internets light up, mocking the look. The one exception: Iron Man. But when movies or TV make alterations to make the superhero not look like a crazy person, people go crazy. Yes, I'd like to see a Batman more like the comics in the movies, but deep-down, I know that look basically boils down to the Adam West costume. And did you really think Wonder Woman was going to go live-action in 2011, and they weren't going to put pants on her? How many columns would have been written about a pantless WW had the producers gone that route?

Also, you cannot make an 8-foot CGI Hulk and not get "Shrek" comparisons, but... if you want a bulky 8-foot thing that's green, it really doesn't matter what design you go with. Two similarly sized green things are going to get comparisons. We get it.

2) The first trailer is going to have to cut out some key elements of what you, comic nerd, believe is super-important to explaining the character. The problem is - that's usually too much story for a trailer. Most first trailers are there to give you impressions: who is in the movie, is it a superhero movie, is it funny, etc... And, as I mentioned before, if the movie isn't all practical effects, its going to be pretty short on better CGI. It just might not be ready yet.

3) Some really bad movies have awesome trailers. But cool looking scenes don't really indicate a decent movie. I'm the first to say: Sucker Punch had a really slick trailer. Tron Legacy? GREAT trailer and teaser trailer. People get paid a lot of money to make random footage thrown at them look like a good way to spend an evening and $20. These days I wait to see how things are going at Rottentomatoes.com and word of mouth.

4) Every idea for a movie sounds stupid or brilliant, especially superhero-type stuff, depending on who is telling you about it. Superhero comics have taught me one thing: there are no bad ideas, only bad execution. So, do not trust snarky online movie-people, and doubly do not trust snarky people in magazines. Today it seems obvious that all the world will love an X-Man, but before Singer's version of X-Men came out? Man, the press was not sure what to do with this whole "X-Men" idea. I think the press has finally realized - people like Singer didn't bring new ideas to X-Men, those ideas were already there. They just understood enough about the idea behind the comics that they could make that idea work.

Guys who dress up as spiders and bats and refuse to use guns while taking on armed criminals is a stupid idea. Except when it isn't.

5) That thing you love about your favorite superhero? Or even that one detail you think is crucial? It may not be in the movie at all. That does not mean, super-fanboy, that the movies is going to be awful.

Anyway, these days I'm trying to give superhero movies a lot more breathing room before I start getting cranked up enough to complain too much. I still remember a world before Sam Raimi got an enormous budget and made a lovely ode to 60's and 70's-era Spider-Man comics into a movie. I saw The Phantom, The Shadow, 1990's Captain America, 1970's Captain America, some TV movie Spider-Man, Batman and Robin, TV-era Hulk (its really pretty bad), 1990's TV The Flash... and many of these I like or own on DVD. But we're spoiled in 2011, forgetting that the idea of spending a ton of money on a Green Lantern movie back in the day would have been unthinkable, let alone recreating a recognizable Oa and its occupants.

That doesn't mean every superhero movie coming out these days is good or worth seeing (I can name two Fantastic Four movies you can do without watching), but... these days I think its a wait-and-see game. Don't judge a movie by the first trailer or your initial reaction to a costume if it doesn't match the, frankly, impossible designs created for 2-d drawings of ridiculously proportioned men and women.

Media Consumed While Travelling to and from London

On the way to London, mostly I slept.  But during the trip

The Score, by Richard Stark.  #5 in the series.  I really liked this one, and, boy do these books read fast.
Jonah Hex: Face Full of Violence - by Palmiotti and Gray (and others)
.5 of Jonah Hex: Guns of Vengeance - by Palmiotti and Gray (and others) I left this somewhere in the flat in Kensington.  Now I will have to fin another copy somewhere used or very cheap.
The first 175 pages of American Gods by Neil Gaiman.  If you start reading this and think "well, gee, this is a lot like Anansi Boys..."  keep reading.

Space Battleship Yamoto - live action version.  It... wasn't very good.
Jonah Hex - it also wasn't very good
3/4's of Black Swan - its good, but for a movie with so much hype, man, its about as subtle as a slap to the face.  I didn't turn it off out of disgust, btw.  The plane was landing.
Beverly Hills Cops - for some reason we all came back to the flat and stayed up late watching this on Sky.  No idea why.
Posted by The League at 4/06/2011 06:18:00 PM 2 comments:

Well, I am Back (from England)

Jason and I stepped off the plane and returned to Austin about 7:45 local time last night.  It was a great trip, and your humble blogger is pleased to say the time spent in London was both educational and entertaining.  I haven't done much in the way of international travel, and I am sure many would say that London is barely international, and that, of course, is practically true.  The locals speak more English per capita than the locals in my own town, and its not like you're having to go by horseback or otter-car to get places in London.

For a collection of photos, please feel free to click here.

I do plan to upload more pics.  However, my camera died halfway through the trip, and I need to download the rest from my iPhone.

We had the good fortune of staying at a flat in Kensington, which seemed to be a fairly well-to-do part of London.  Having had never been to London, I didn't really have any expectations, but found it easy enough to navigate and appreciated the local insistence on telling you which direction to look for oncoming traffic at each intersection.

Inside the city, we either walked or took the tube, with one quick trip on a river boat.

To get it out of the way, here is a brief itinerary:

I'm not the first American to get bowled over by London, but in some small way I am glad that I didn't wind up there until I had a bit more life and travel under my belt than I might have had when I was, say, 18.  Through reading, movies, documentary TV, etc...  I have an extremely rudimentary working knowledge of British history today that I didn't have at all until the end of college, and so I suspect that much of what I saw would have been wasted on me then.

It strikes me that we in the vast, vast majority of the geography of the US do not have memorials to those who died more than 200 years ago, and the further west one travels in the US, the briefer our sense of history as much more than an abstraction of something left behind somewhere else.  A lack of living history, of being surrounded by those who've gone before (some winning, many not winning) may be what gives us an inflated sense of destiny, like a teenager who sees only a future as a rock star ahead of them when they pick up their first guitar and who can't be bothered to learn more than the chords of their current favorite songs.

And as hard fought as democracy has been here in the US, it was also the first step we took as a nation.  Everything prior to the French-Indian Wars is buried in a sort of promordial soup of witch-hunts and Indian killing that we'd rather not discuss.  In England, this period is just short of current events.  You can see the change from one-thousand years of feudal clashes to the rise of democracy in the stones and monuments, and there's something to that, I think.  We're a blip on the continuum, it seems to say, and what we do while we're here is important, but it will also pass, and those who are remembered are remembered as either good or terrible souls, and history will look back on you with an audio tour that will speak frankly about your deeds as people walk on your grave.

Anyhow, I'm not telling anyone anything they don't know, especially those of you who've been to London.