The evening was looking pretty dull, I don't mind telling you. We had no plans. The hour grew late, and finally, somehow we settled on the faded glory of an Austin now receding into the distant past.

You can have your Paul Qui fancy-schmancy fusion bistros. Food is what reminds you of home, and I grew up in this town when we still had armadillo races as a form of local fun. And back then, we ate our pizza like we had nothing to live for. Conan's Pizza has only a few locations left after the expansion in the late 80's and contraction of the late 90's. They haven't redecorated since putting any of the Conan's in place, and they had a particular look back then that lingers to this day.


If you're wondering, why yes, they LOVE Conan the Barbarian.  You can't tell from the pic above, but most of the art is either Frazetta prints or Frazetta knock-offs.  Not too many other places would it seem like part of the tradition to eat under a Molly Hatchet album cover, but at Conan's, it's part of the ambiance.

The pizza you want to get there is called "The Savage".  Get it deep dish with a wheat crust or you're kind of just wasting everyone's time.  The Savage is literally every topping they've got.  You will absolutely feel sick after eating it.  But, let me stop you now and say, if you don't eat The Savage, neither I nor the staff nor other patrons of Conan's have any real reason to respect you. 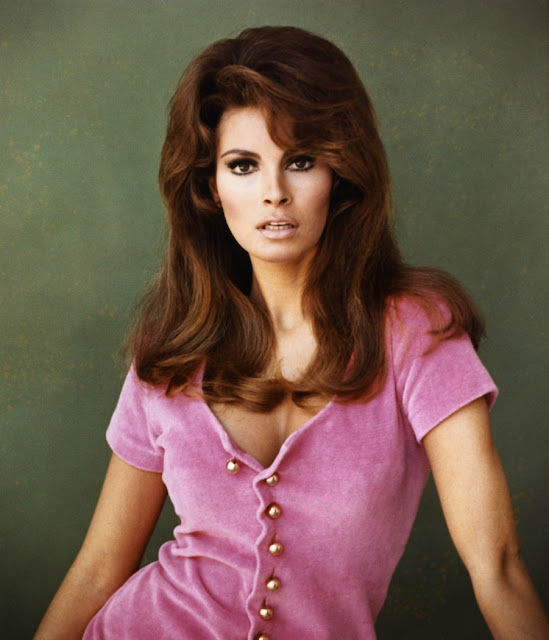 These days I now only visit the comic shop once per month.  My LCS, Austin Books and Comics, doesn't have a pull list, it has a system I actually greatly prefer to other shops at which I was a regular customer.  ABC sends out a webform each Monday evening with that Wednesday's releases.  You fill out the webform, and ABC holds the things you want for that week.  They don't have a pull list you have to set up and try to maintain through the front desk, something I never felt worked terribly well, and they over-order on all titles so it's a very rare instance when I realize I missed something and now I can't find it on the shelf.  Most shops order exactly what people pre-requested, and then maybe a couple of copies for the rack.  How the industry thinks having just a few copies for someone to discover is beyond me.

And, of course, shops that were supposed to order me things routinely did not do so, or if they under ordered, somehow it seemed I was always the one who got shafted.

This evening I made my monthly run to ABC, and walked out with a fairly serious stack of books.  I picked up:
It's a healthy stack, to be sure.  It's also a greatly decreased stack from my monthly haul two years ago.  You can see I wanted to try some things, you can see I have some loyalties to folks like Rucka and Kubert and Ennis in there, and my interest in some of the pulp stuff Dynamite is doing.

I'm an Alex Ross fan, and can't understand you people who don't care for his work.  And I love his voers for The Shadow, up to and including this latest. 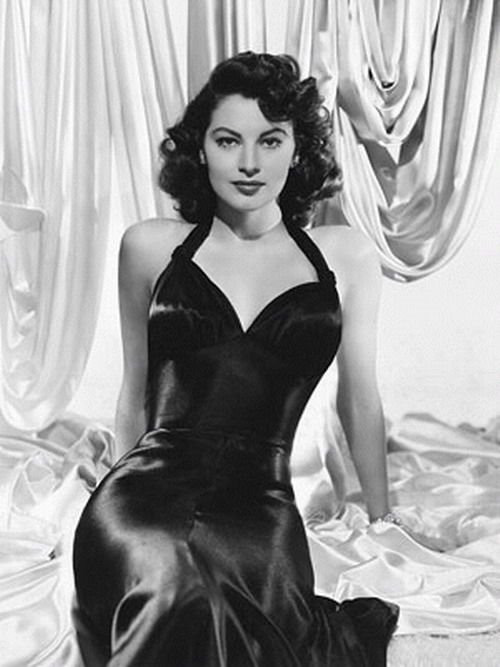 
Back in the day Marvel was as devoid of ideas for new villains and driven to whatever place of madness that also drove DC to create "Terra-Man".

You Millenials won't remember this, but there was a time and a place before January 1, 2000 when "turn of the century" meant the change from 1899 to 1900 and was several decades in the past.  Apparently on a bet or because someone had a deadline they'd forgotten about, in the pages of Captain America a new villain was born:  Turner D. Century!


A ragtime dandy, Turner rode around on a flying tandem bicycle with a dummy (because... sure), and had a flame-throwing umbrella.  LIKE EVERYONE HAD IN 1900.

He was absolutely driven to convince people to go back to living in an era of doilies, barber shop quartets and when Gary, Indiana was something you wrote about for the Music Man, not a depressing, burnt out mid-western hell hole.  And he was out to achieve this with small scale violence and property damage.  And we try very hard not to think about his relationship with that dummy on his bike.  And we really try not to think too hard about his views on race relations.

But, here in the glorious future of 2013, replete with flying skateboards and Mr. Fusion on our Deloreans, the phrase "Turn of the Century" isn't used so much as it refers to 13 years ago.  Now we just say "a few years back".  Or:  "When Britney Spears hadn't overstayed her welcome".


Please let us know in the comment section all about this all-new version of Turner D. Century! 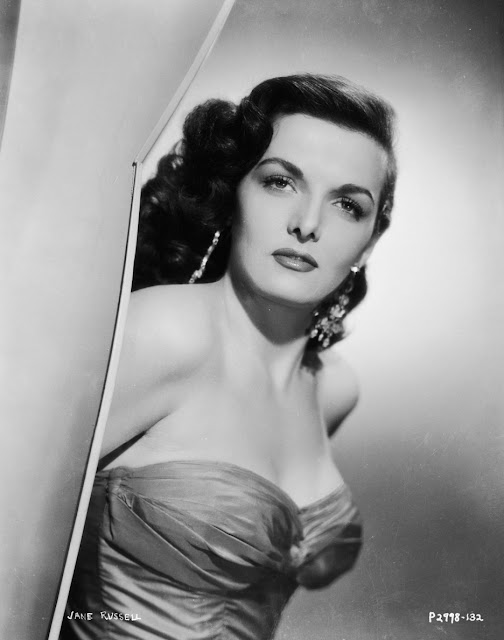 
It's my opinion that of all the presidents, William Howard Taft gets the shaft most routinely and most undeservedly.

Two Movies Make me Ponder the Nature of Showbiz Stardom: The Great Ziegfeld (1936) and Fame (1980)

On Sunday and Monday I watched the 3 hour marathon that is the 1936 film The Great Ziegfeld.  I taped this one off TCM a few days ago as I knew it co-starred William Powell and Myrna Loy, and I was pretty keen to see more of both now that I'm out of Thin Man films.  I was also actually very curious about the historical figure Florenz Ziegfeld who brought into being the Ziegfeld Follies and pioneered much of the modern showmanship of American big theater and the now lost art of "glorifying the American girl".

Top that off with some famously complicated technical numbers, and what wasn't there to want to see?


Well,again, the movie is three hours.

That doesn't mean it doesn't cruise along at a good clip, but, you know, block off three hours of your life for an absolutely stunning visual treat, the kind they quit making around the late 1950's.

One of the great lost commodities of the early 20th Century, a phrase that probably rings familiar but you aren't sure why, is Ziegfeld Girl.  Lifting his idea from Paris revues, Florenz Ziegfeld filled his shows with dozens of young women to dance and sing in a fashion that would be imitated in Hollywood musicals for years in huge chorus productions that, today, I suppose, is mostly associated with Busby Berkeley films.

The movie spanned Ziegfeld's adult life, from carnival barker at the 1893 Chicago World's Fair to his death in the early 1930's.  The movie bills itself as tracking the "romances" of Ziegfeld, and it does, at that, politely skirting around any shenanigans.  Less politely poking fun at is mismanagement of money.  Powell is actually pretty great, and if you've got the time to kill, it's not a bad way to spend your time.

Happy birthday to actor and US Marine Lee Marvin.

On behalf of all tall people, if you don't like standing behind us at concerts: tough luck

I saw this comic strip thing today, and it's actually very good.  It's about the annoying things people do at concerts (ie: why I quit paying money to go to shows in my late 30's).

I'd point to number 5, "The Sun Blocking Giant" and I thought I'd clear something up.

The world was built for smaller people.  Most of you are those smaller people, and I appreciate that most of you attend shows and expect to basically be within a certain height range.  I know you think that there's some great advantage to being a bit taller, but in a world that mostly relies on your ability to be a jerk in a board room or your ability to manage java code to get ahead, being bred for being the lynchpin in a goon squad of some barbarian hoard doesn't really pay off so much.

I was 6'3" by the ninth grade, and somehow put on two more inches by the end of my freshman year of college.  I didn't measure myself in between.  Tall people don't really know nor really care about how tall they are.

Since I was a kid, I also like(d) live music and attending shows.  I live in Austin.  It's sort of a thing here.

The average bar in Austin that would host a show (let's say, Liberty Lunch or La Zona Rosa) had three zones:

1.  The area right by the stage with the cow-eyed fans pressing up against the stage because that made them bigger fans and let them sing the lyrics right back at the singer's face.

2.  The mid-range where most everyone else stood with elbow room enough to hold a beer and still lift it to their face without putting out someone else's eye.

3.  The place in the back where, for reasons that baffled me, people would huddle and shout over the music, like it was a huge inconvenience that there were all these speakers blaring music when they'd come out to this music venue for a quiet night of conversation.  Also, they're usually trashed.

For a long, long time, what I did for a living was "distance learning" which came to be called "eLearning".  Or, likely, now, "learning".

In 1997 I took a job as a camera operator and switch-room operator for a distance learning outfit in the College of Engineering at the University of Texas getting paid what seemed a king's ransom of something like $5.75 an hour.  At the time I was a Radio-Television-Film student looking for work that related to my dreams of working in movie or TV production,* and handling a camera - no matter how out of date - and working with audio and switching equipment - no matter how lo-fi - was a welcome change of pace from the hours behind the counter at Camelot Records selling copies of Blink 182 to perfectly nice people.

Somehow, upon graduation, I became the guy running the studio (they offered me insurance).  Mostly, back then, we were making duplicates of tapes of classes and mailing them (I KNOW), or hooking up with remote location via ISDN lines, satellite, or using some really, really early days video streaming that its best not to talk about.