Avengers Bonus Post! Answering Your Questions About the Movie


As the foremost world expert on all things cinematic and Marvel Comics, my words on Avengers: Infinity War are already making their way around the world as the definitive statement on what any right-thinking human should believe about this movie.  So it's natural that so, so many of you would come to me with your questions in all things Thanosy.

Here, I shall address your queries, both penetrating and dumb as hell.

Let us begin with the following question paraphrased from an actual bit of correspondence:

I have somehow spent the last decade not seeing all - or even most of - the Marvel films.  Obviously, this is a sign that I should not be trusted with any decision-making whatsoever.

Therefore, I must bow to your superior wisdom, which is great in so, so many areas, and ask the following:

If I've only seen, like, five Marvel movies, should I see Avengers: Infinity War?

(name redacted to prevent a torrent of well-deserved shame)


Needless to say I was simply shocked that one of my readers - nay, one of my FRIENDS - would have fallen so far.  But I wanted to put some serious thought into this, and share my answer for everyone, give them a chance to ponder my response and apply that knowledge - yes, innate genius but also hard-earned - into their own life.

If you have not seen all 18 movies or whatever of the Marvel Cinematic Universe - will, indeed, Avengers: Infinity War be worth the viewing?  Will you glean all there is to grasp in each moment, in each line of dialogue, each meaningful glance?  Despite the less-informed experience, can you still squeeze some joy, taste the fruit of the labors of both creators and audience, or will the ambrosia be robbed of flavor for your lack of understanding?

My answer may surprise you in it's thoughtfulness and sincerity, it's consideration of every angle.  It follows after the break. 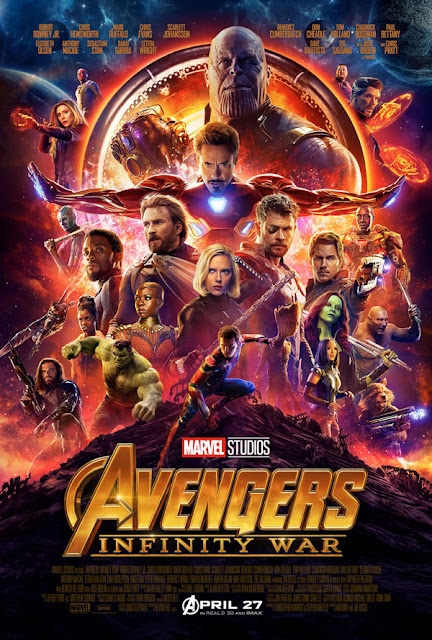 Warning - this write-up will have spoilers.  Do not read this post until you've seen Avengers: Infinity War (2018). 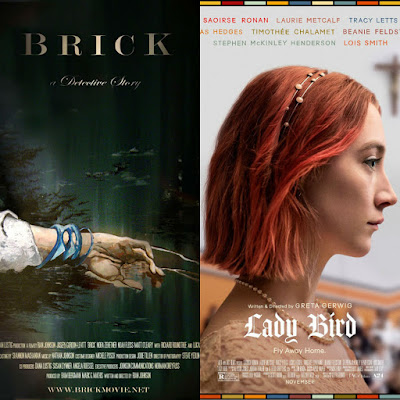 Laura M-S has been around the blog since time immemorial.  But did you know she and I went to high school together?  It's true.  We also live in the same area here in modern times, and decided to get together for what will be the first in a series on High School Movies.

To kick it off, we decide high school movies are a poor reflection of the high school experience - so what movies do reflect those crucial years (for us)? We talk 2005's "Brick" (dir. Rian Johnson) and 2017's Oscar contender "Lady Bird" (dir. Greta Gerwig).