I have to get up and go on vacation at a super weird early hour, but I re-watched House of Wax (1953), and it's still a great movie.  Maybe not as great as when you watch it the first time when you're 14 because 26 years later you already know how the creeping horror of the movie winds up - but I think Price is just great in this movie. 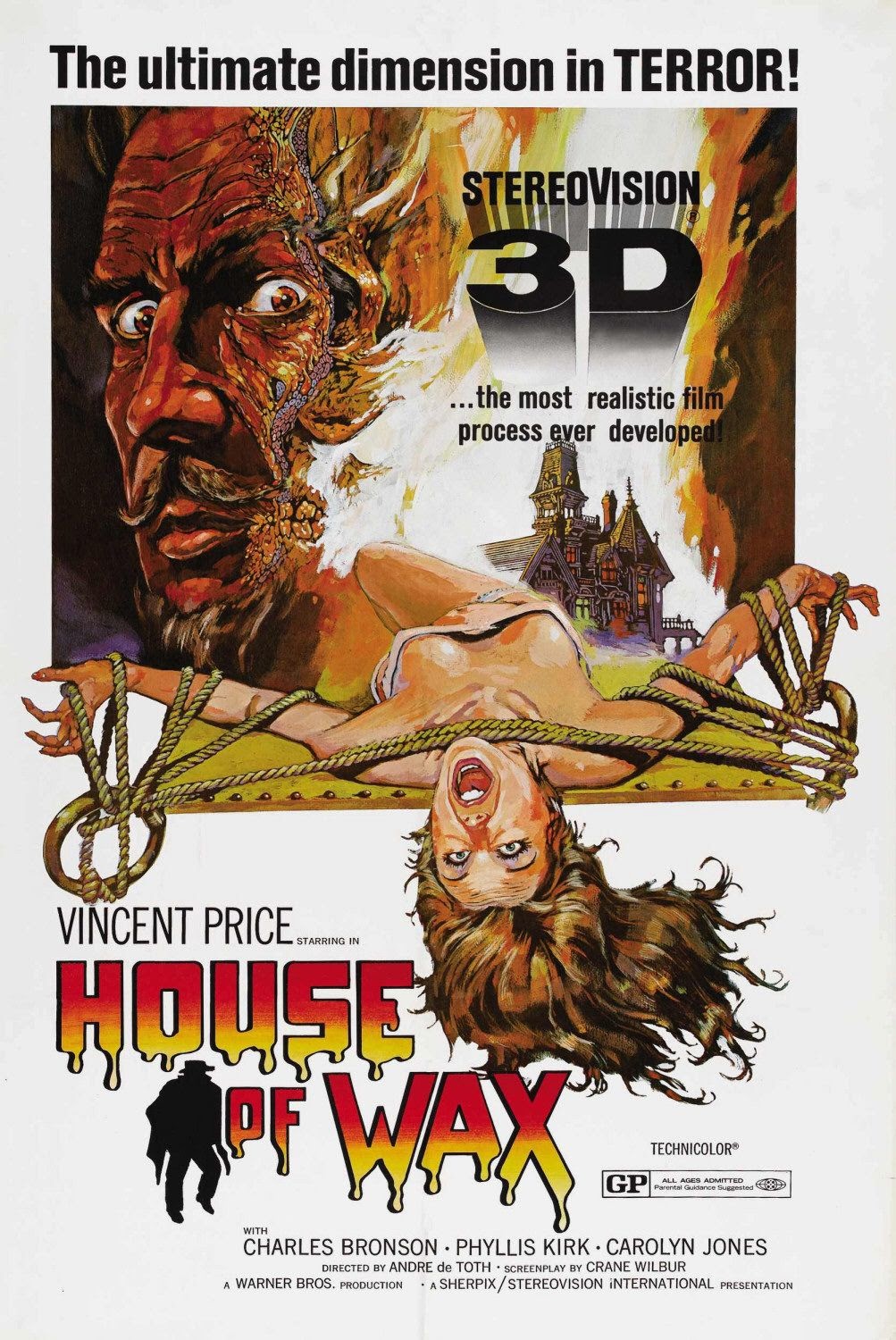 I'm going to be away for the first two weekends of the release of Avengers: Age of Ultron.  I'm fine with this.  It's not like I think the movie looks like it holds that many surprises for us comic nerds with a passing knowledge of Marvel Comics lore.

I'm pretty much a fan of fidelity to the comics, and I think Marvel can attribute a lot of their success to sticking with the core conflicts and traits of their characters and universe.  But...

By just using his voice for the villainous Ultron, aren't we wasting James Spader?

Now, bear with me - but I think most of us have seen Pretty in Pink and realized the only character who isn't kind of a loser in the movie is Steff played by the incomparable James Spader.  I mean, sure he went about courting Molly Ringwald poorly and maybe got mad when she rejected him.  The guy has feelings, too, you know.  And when you watch it again - she's kind of an idiot in this movie, isn't she?  She unwittingly strings along Ducky from the age of 5 like she can't read human interaction any better than an ATM, and then goes for this Blane guy who clearly isn't comfortable with what passes for class differences in a John Hughes movie.*  But he is rich, so....  he's better than Ducky fersure.

Steff, meanwhile, moves on, throwing parties, hooking up with ladies who appreciate him, belittling anyone and everything in his path, and beating up Ducky when the need arises.

To my point, Steff is awesome.

Oh. Yeah. I have a Blog. I should maintain it.

I have a feeling posting is going to be light for, like, the next two weeks.  I got stuff going on.

Conference at work went well.  My presentation actually had attendees, which I appreciated (this has not always been the case).  And I'm wrapping up the week before taking off for a while.  And, of course, need to drop in and check on the Nephew tomorrow afternoon.  Make sure I wake him up and see to it his sleep schedule gets thrown.

Starting this weekend, Jamie and I are taking a vacation for our anniversary.  A long overdue vacation.  So, please, as I beg every time I take a vacation - do not break into my house and take my things.


It does mean I have no idea when I'll be posting again for, like, almost two weeks between work and this trip.  I expect that somehow you'll muddle on without me.

In the meantime, you kids have a good time.  Take care of yourselves.  And check out Gerry's newish/ relaunched blog here at:  Strange Orphan Boxes

Gerry is wise.  He will be worth reading.

The Avengers: Age of Technical Difficulties

Our own PaulT worked on this film recording audio, so if the audio is especially crisp and clear, you know it's PauT's special brand of audio recording magic.
Posted by The League at 4/29/2015 11:11:00 AM No comments:

And, of course, the truest song about coupledom ever writ

I'm Busy for a Couple of Days

So, in the meantime, here is Quick Draw McGraw and Baba Looey. 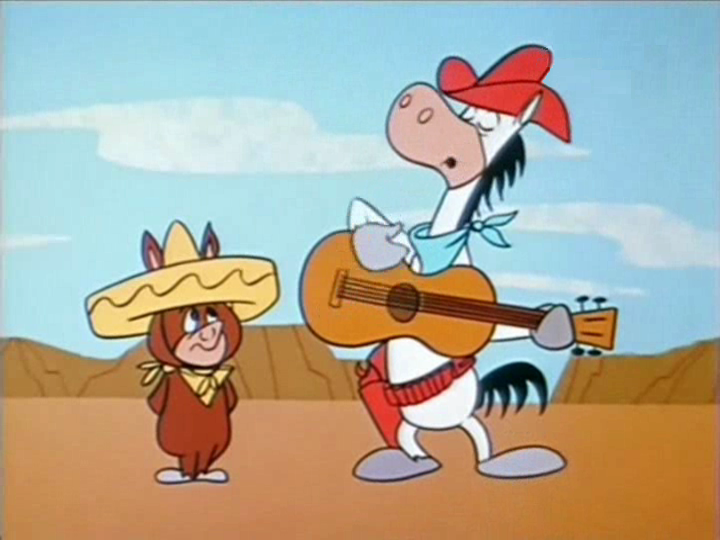 At some point in your life, set aside 1 hour and 10 minutes to make it through Detour (1945), one of the grimiest, most uncomfortable, brilliantly economical movies you're likely to ever catch.  It's a short bit of distilled noir which kind of meanders for the first third, and then it starts to pick up.  And THEN Ann Savage shows up and holy @#$%. 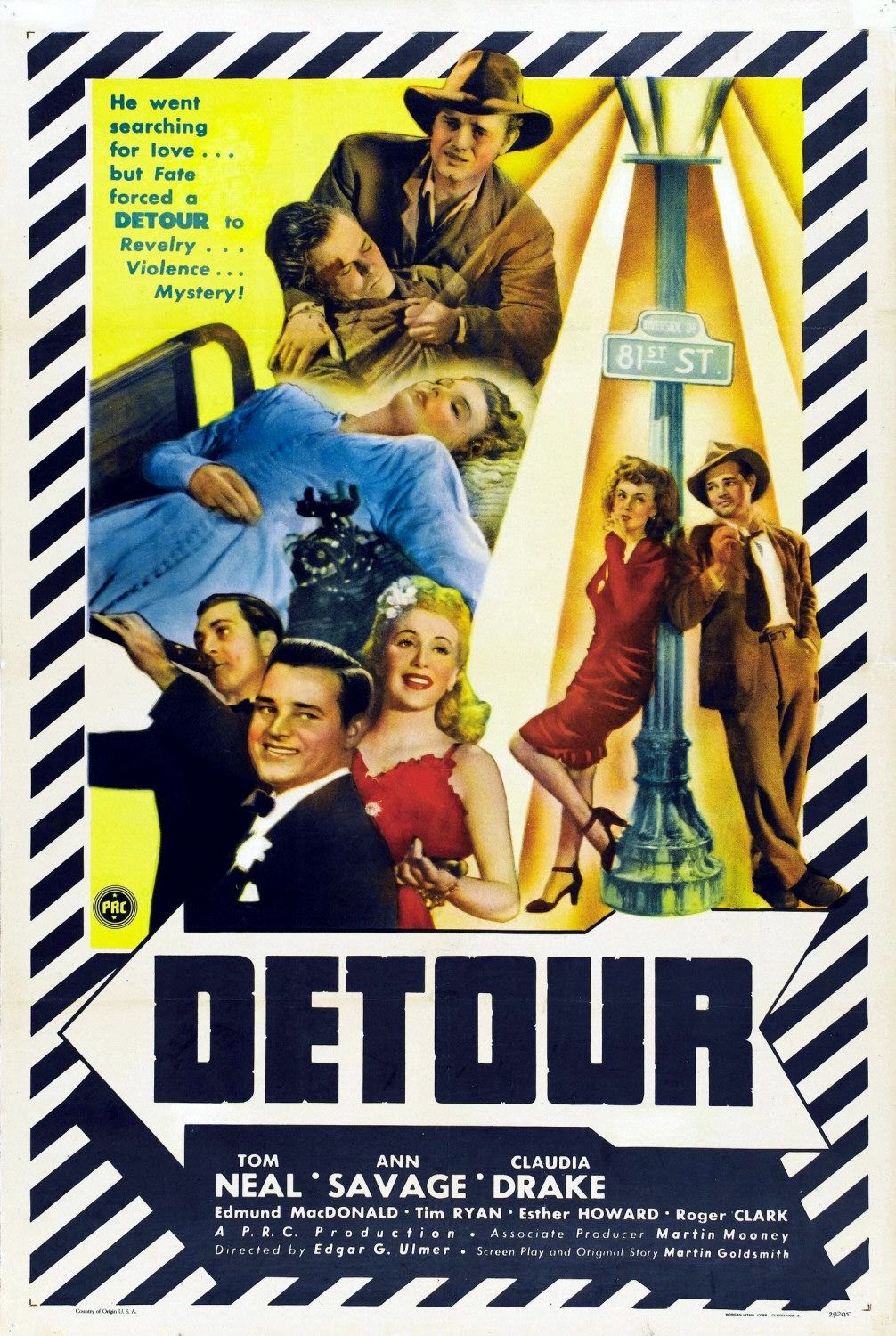 I don't know what it says about me that I adore Ann Savage in this movie.  There's some matrix I need to devise of "what's wrong with me?" that I need to make with attributes of various Femme Fatales, including Savage in this movie, Peggy Cummins in Gun Crazy, Stanwyck in Double Indemnity and Babyface, Marie Windsor in everything...  But Ann Savage is a special kind of nuts in this movie, that veers almost into noir Who's Afraid of Virginia Wolf-ish territory sometime in the back 1/3rd of the movie.

Jamie and I watch the Fox sitcom The New Girl.  Shut up.  It's funny.

When I saw the trailer for Let's Be Cops (2014), it looked like more of same, and I wanted to see it, but I also have HBO for a reason. 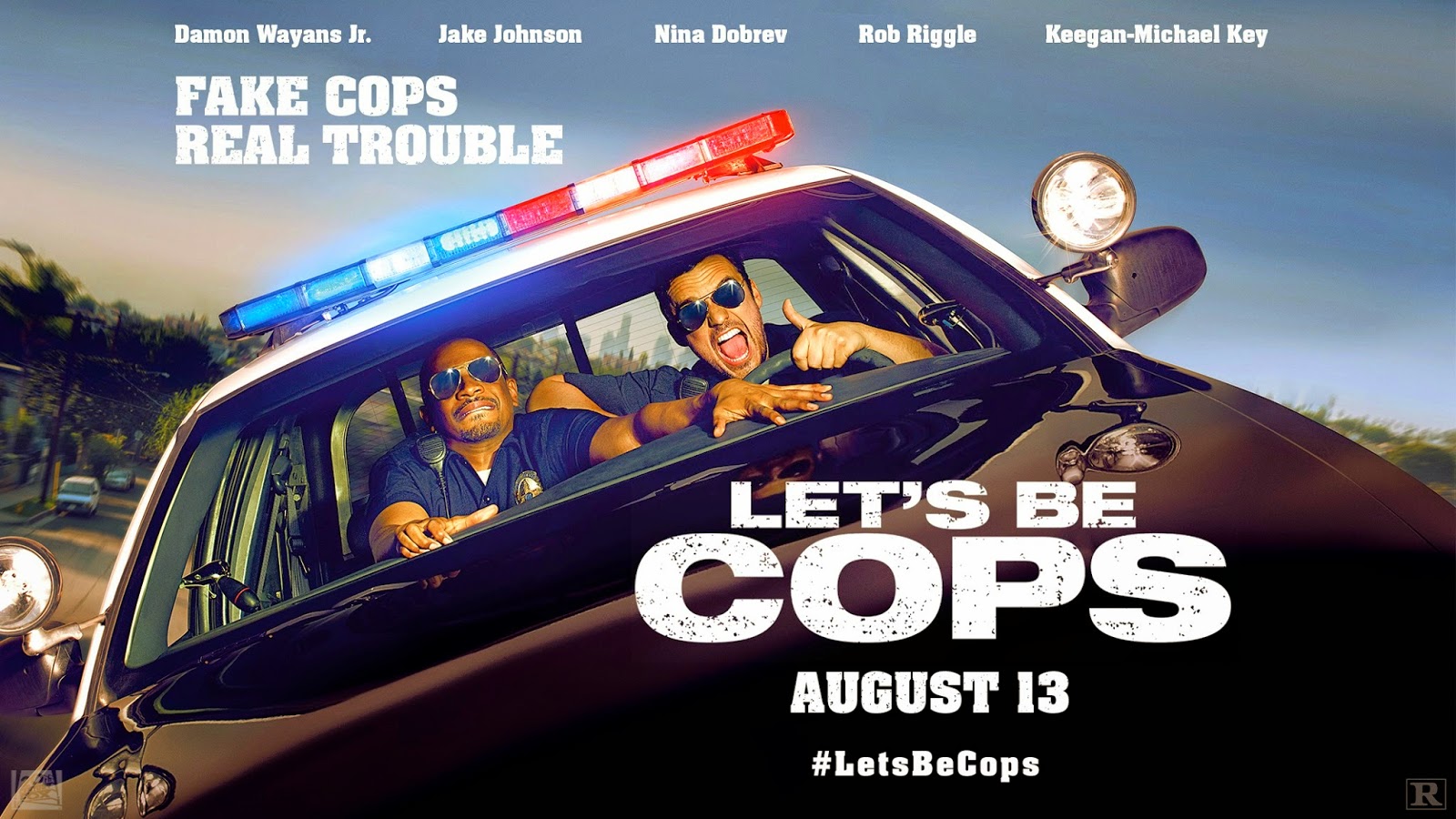 Truly, this movie is exactly what I thought it was going to be, with, admittedly, less nudity (read: none.  At least by ladies) than I'd figured on.

The premise, two guys who did well in college have been in LA for a long time, and neither is setting the world on fire.  One can't seem to get his break in video game development and the other... it's never clear.  He's living off the money from a herpes medication ad and playing football with 10 year-olds.

Dressed in cop outfits they've worn to a costume party, they realize how folks react to the uniform and badge and hi-jinks ensue.  Damon Wayans Jr. meets a pretty girl, they stumble onto some very real crime, we all learn to respect what cops go through.

It's exactly what it was intended to be - a lower budget comedy that relies on the charm of the characters and actors to carry it through.  It has some good stuff not just from Damon Wayans Jr. and Jake Johnson, but also Natsha Leggero (who I always find hilarious and I'm a little surprised she's not a bigger deal), Rob Riggle and Keegan-Michael Key of Key and Peele.

I dunno.  It'd be an ideal airplane movie or something.