I waited a few days before posting because...  eh, who cares?

Anyhoo...  to nobody's surprise, DC's New 52 is going to remain DC's 52 as they cancel 6 titles and bring in 6 new titles.  Its actually not a terrible plan from a business perspective, I'd guess.  It sounds like they had the next 6 titles ready to go, and they're employing the Jack Welch-approved cull the bottom 10% rule to their own titles.


I'm not overly surprised by the loss of any of these titles.  Aside from OMAC, the other 4 of these I read were a mess from issue 1, and as much as I wanted to support Sterling Gates after his work on Supergirl, I hadn't grown to like this iteration of Hawk and Dove, and Liefeld's art is not my cup of tea.

Its unfortunate to see Static fail once again, when the potential for the character to be DC's Spider-Man seems so high.  And as much as I have liked Mr. Terrific in theory, Wallace's take in issue 1 felt so generic and disposable, I abandoned the series immediately rather than deal with hoping that it might improve.

Blackhawks was trying to be like the current GI Joe, which is already a successful franchise elsewhere, so I couldn't figure out why they bothered to try to simply echo an established and beloved property you can already buy, and Men of War seemed simply ill-conceived.  Its a war book or its not.

OMAC I've kind of enjoyed, but I don't really care that its vanishing.  Its like when that show you catch occasionally disappears and its only months later that you realize its gone.  I can certainly live without it.

As replacements, we're getting:

End of the Week

Ms. Grahame and I hope you have a swell Friday. 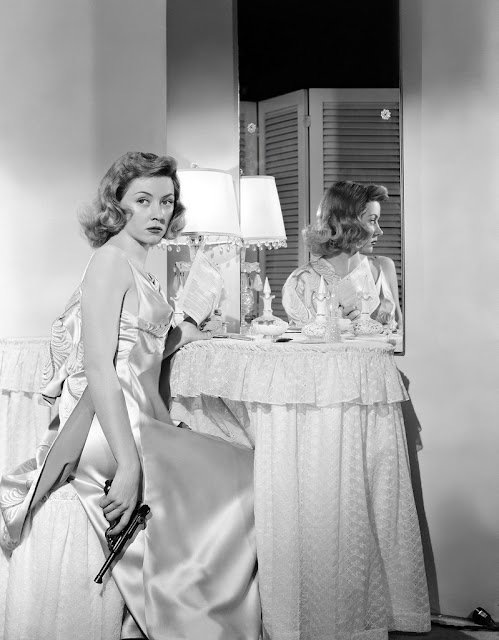 Just, you know, no trouble, if you don't mind.

Movie Watch 2012: Christine (the movie about the magical, haunted car)

You know, the movie was never as good as the book, but the movie holds up pretty well, all things considered.  It features mostly in-camera and practical effects.  The cars are sleek, the music is cool, the atmosphere holds fairly well (though not as well as the novel), and it captures something unique about quietly going off the rails in high school, I think.

I am not sure I'd want to go back and read the book of Christine.  There's no way it would be as good at 36 as it was when I was 13, but the book seemed pretty fun at the time.

The novel seemed much more subtle in its approach to the corruption of Arnie, but the movie still does its job thanks to Keith Gordon's gradual transformation through the film, 3 parts script, 7 parts Gordon.  Credit to director John Carpenter for this one, too, even if its a kick in the gut to watch car after car get destroyed in the name of making this movie.

I always liked the idea of a car with a personality.  It was like if KITT were a homicidal maniac (that would actually be KARR, I suppose), and the fact that Stephen King made Christine the world's worst girlfriend on top of everything else was just a stroke of genius.

The movie does have one of the best closing lines of any movie, and I have to tip my hat.

Remember that one, kids.  Also, never mess with a nerd's car.

Signal Watch saw "The Girl with the Dragon Tattoo"

Hiatus break in favor of keeping up with movies for 2012.

I saw The Girl with the Dragon Tattoo.  Its fun for the whole family.  Take Grandma and your toddlers.*

Its okay.  Nothing groundbreaking.  Nice cinematography, convincing acting, appropriately bleak sets and settings, and they did a much better job of condensing the plot than the Swedish film counterpart (even if they lifted some of the story changes).  Rooney Mara is pretty good.  They eliminated the various sexual exploits of the hero enough that I didn't see the entire story as one long Mary Sue story for a middle-aged journalist imagining the sorts of women with whom it might be interesting to canoodle.

After reading the book and seeing a completely different movie of the same book this year, this may have been a bit much.  I sort of wonder if the fact that we're all already familiar with the book and movie has hurt the box office numbers as (1) why bother to do this again? (2) those familiar with the story might not actually want to see some of that up on the big screen and (3) people already had numerous chances to take a pass on the material and are just continuing to do so.

But, mostly, I wonder if the studios need to rethink releasing grim, adult thrillers upon the public during the holiday period.  I certainly wouldn't pitch this one to my folks for a night out at the movies (its not exactly Tintin).  That said, its after the holidays and the theater I was in this evening was packed.  So maybe it'll have some post-holiday staying power as Granny heads back to Arizona or whatever.

I wish I had access to an orchestra, because I have an idea for a Goulet-style theme song for the movie.  Jamie is already sick of me trying out various lyrics on her.

*do not do this

I really don't feel like doing this for a few days.

Also, in Googling "hiatus", I learned that there's a part of your GI track called the "hiatus".  Here's what it looks like when you pull your hiatus while eating nachos.