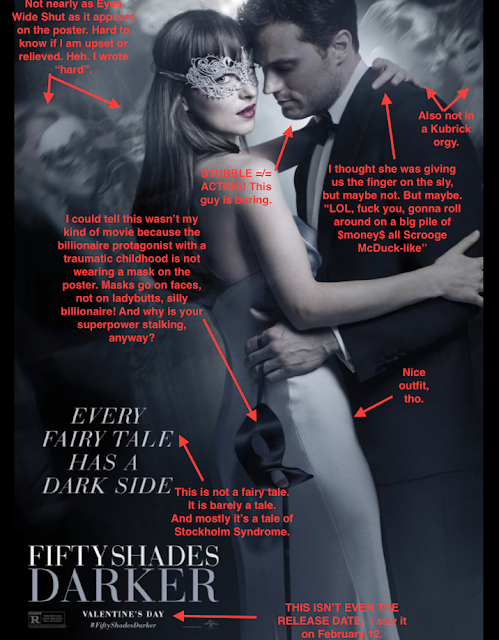 It is true.  AmyC and I have, this afternoon, borne witness to the second installment in the, uh...  inevitable Fifty Shades Trilogy.

Editor's Note:  Every once in a great while, there's a particular need to bring in an expert here at The Signal Watch.  I posted on Fifty Shades of Grey on Monday, and mentioned I'd seen the movie with longtime pal, AmyC.  She was game, and I hadn't had opportunity to hang with her in a long time, so it seemed the ideal opportunity.  I want to thank Amy, because not only did she go to the movie, she brought a perspective to the whole event that made it all seem like less my usual descent into madness with a movie like Santa with Muscles, and, instead, she was a fantastic sounding board as we discussed "what does this movie mean?" en route and on the return trip from the movie.

Ever since The League pitched the idea of going to see Fifty Shades of Grey, I’ve been excited about going to see a movie that I would have otherwise done my level best to ignore, mostly because I think that bad movies transcend themselves when shared, and become transformed into good experiences through the alchemy of shared derision. I actually consider myself something of an aficionado of horrible movies, having snickered my way through The Room, Showgirls, Goblin 2, and various other legendarily bad pieces of dreck. And while I hadn’t managed to get through the book, despite a heroic effort on my part, I’d managed to absorb enough of the story indirectly to be dead-certain it was NOT going to be a good movie. Most of my exposure to the content was through YouTube videos featuring parody-readings of excerpts from the books.

I suppose it’s also worth mentioning that I have spent a good portion of my professional life teaching classes about sexuality. Generally, most of my time was spent talking about sexually-transmitted infections, birth control, and the ins-and-outs of human reproductive anatomy, but I also took every chance I could get to talk to people about consent, the value and power of mutual pleasure, and respect for one’s self and the person or people one becomes intimate with throughout one’s life. I’ve also had the great privilege of helping some people deal with the aftermath of sexual assaults and abusive relationships, which has made me wary of how our culture portrays love and sexuality in our entertainment.

However, since I knew I was going to be seeing it with a friend, in a theater full of people that would mostly be sincere fans, instead of ignoring it or tut-tutting it, I started psyching myself up for seeing it by actively looking for information about tie-in (heh!) products and things that fans were hoping to see in the film. I got a good chuckle about the sex toys, lubricants, and various other odds and ends for sale at Target , and an actual belly laugh out of the existence of a Christian Grey teddy bear in a wee little grey suit, kitted out with a little Venetian mask and a tiny pair of handcuffs. I read a surprisingly thoughtful essay about the transition in the Anastasia character’s make-up and styling from the film’s makeup artist (the lip color gets darker throughout the film since it’s part of the book that Christian is fascinated by Anastasia’s lower lip) that accompanies a set of cosmetics assembled by a high-end cosmetic company Make-Up Forever that’s being sold through Sephora. There’s a lot of official product out there, and it’s fascinating in its variety and far-ranging price-points. 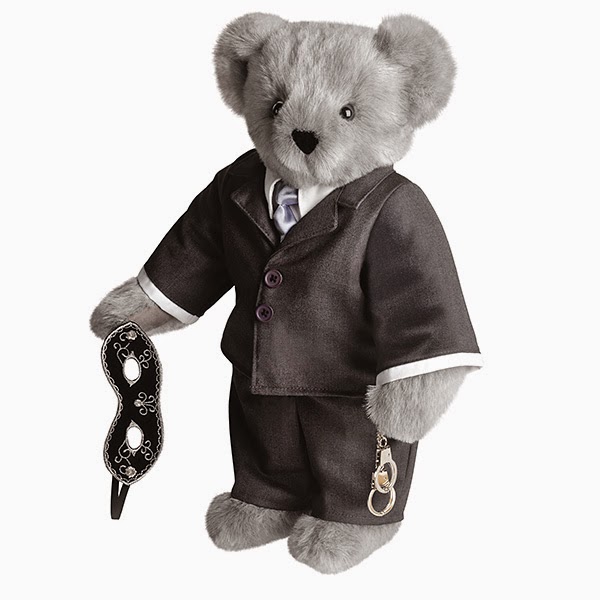 Hey Signal Corps!  Jenifer has offered to provide commentary on films during the remainder of the Noir City Festival.  I'll be posting her musings as she sends them in.  Hope you enjoy.


Tonight, Noir City offered the best of Rita Hayworth, in Gilda (1946), and her not-so-best, The Money Trap (1965). Both pair her with Glenn Ford, and show the chemistry the two had on screen even after 20 years. 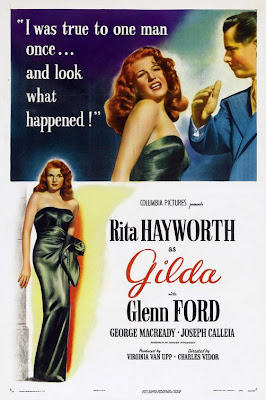 Gilda is well known and documented, but for those who don't know, Gilda was a vehicle for Rita Hayworth that established her as a love (sex) goddess. It's an example of how producers worked around the strict Production Code enforced on movies at the time. In Gilda, the sexual symbolism is everywhere, and the innuendo beautifully done.

The Money Trap is an odd little film starring Glenn Ford. He plays a cop married to the young, beautiful, and once-rich Elke Sommer. They aren't rich anymore, but they "live rich". Investigating what looks like a burglary where the home-owner shot the burglar, he is tipped off to a safe full of money. Encouraged by his equally money-driven partner, Ricardo Montalban, the two plan to break into the safe themselves. 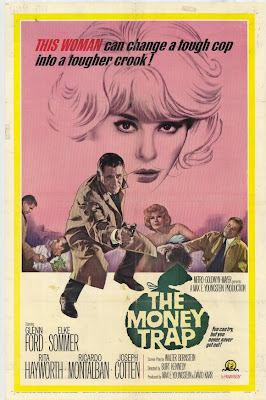 Rita Hayworth plays a long-time childhood friend and girlfriend of Ford's, married to the burglar who was killed. Though shockingly presented, it's clear that her character is meant to be run-down and aged, drinking too much, married to a crook, and waiting tables in a bar. She was 47, practically an elderly woman by movie and social standards of the time. It's a shame she wasn't that age now, when women in their forties are still seen as beautiful and even sexy.

Innuendo does not exist in this film. Everything is stated plainly, as that had become more acceptable in film. Rita has the best line. While she and Ford reminisce in a car, he tells her the time they were together on the roof of her building was his first. She says, "I know. You acted like you just discovered America." Later when they reconnect she calls him Columbus.