A semi-teary farewell to "Batman: Brave and the Bold"


So this post is going to be kind of weird.

Batman: Brave and the Bold only aired for a handful of seasons, and I'd argue that the first season was spent largely trying to find the right footing and tone.  Scripts were still coming in that first year that seemed a bit like team-up episodes written for Batman: The Animated Series, and one episode (I believe a Christmas episode) featured the death of the Waynes as a flashbacky plotpoint.

It just felt... weird juxtaposed against robot Santas and other DC Comics madcap shenanigans.  But the second season it seemed like we'd come over the top of the hill, and the show did nothing but pick up speed and do loop-de-loops right up until the wacky end.  The basic gist of the show was a riff on the Bronze Age-era of Brave and the Bold comics, a DC team-up book mostly featuring Batman and another figure from the DCU (Superman did the same in DC Comics Presents).  The creative team found the right balance of hilarious OUTRAGEOUSness for the adults and mixed it up with gleeful mayhem and action, and managed to introduce an astounding amount of the DCU to an unsuspecting audience.

It featured episodes done entirely as a musical (with a singing Black Canary), sit-com episodes, winking-4th-wall-breaking episodes with Batmite, brought Silver Age Superman in all his glory to TV (really for the first time), featured a Justice League v. Legion of Doom baseball game, and mined every corner of the DCU, right up to a Creature Commandos adventure this season.

Mostly, for the past two years, its really been my favorite show on TV. 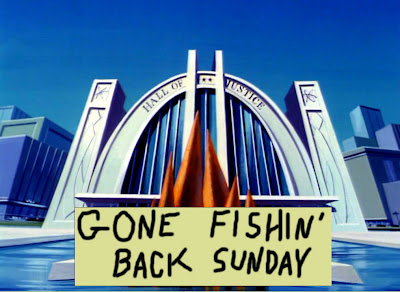 So, I just figured out I am really, really busy the next few days.  Rather than try to make time I don't have, I am taking a work-related break/ hiatus.

Ya'll take care, and we'll be back soon. 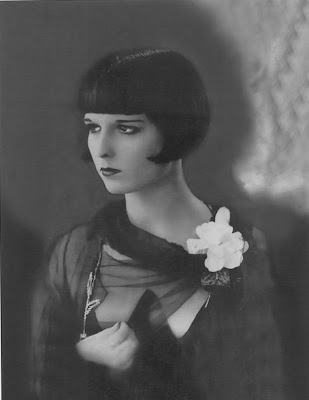 A belated birthday to Ms. Louise Brooks, who shares a birthday with Veronica Lake, yesterday, November 14th.  Brooksie would have been 105.


This evening I finally watched the 1942 film The Glass Key, a movie I've been trying to see since I first watched (and thoroughly enjoyed) the pairing of Alan Ladd and Veronica Lake in This Gun for Hire.  Ms. Lake would have been 92 today, and so TCM was showing some of her films.


At age 15 I rented Miller's Crossing from my local video store. I had just seen The Godfather for the first time the previous summer thanks to my uncle's remarkably good movie selection (he also showed me Das Boot) and I was young, impressionable and learning about both gangster flicks and cinema. And so when Miller's Crossing landed in my VCR, I simply had never seen anything like it.  My entire world of gangster movies came from Godfather I & II and maybe The Untouchables.  I was utterly unfamiliar with the topsy, turvy world of the likes of Dashiell Hammett, Raymond Chandler, etc...

Well, it may be that comic conventions simply are not my thing.

I attended the 2nd Wizard World Austin for two hours on Sunday.  The Wizard World Comic Conventions are a far cry from the weird invasion of ballrooms at the Holiday Inn off the river I attended as a youth.  The scope is much larger, the square footage fairly impressive, and, of course, we've gone from two of three guys in Star Trek uniforms to a wild array of all kinds of outfits, and people in booths catering to people in outfits.  The big attraction seems to be the celebrities.  Wait.  I meant: the "celebrities".*

In my mind, I have many people I would like to meet.  Athletes.  Statesmen.  TV personalities.  Actors.  Authors.  The reunited cast of the original Willy Wonka and the Chocolate Factory is not at the top of that list.  And if I DID want to meet most of these people, slipping them a $20 bill for the privilege of meeting them isn't really what I'd have in mind.  I still don't know what it means for an actor to be making their money off of appearances at Wizard World conventions, but its nothing I want to think about a whole lot.  And not something I can very well ignore if Wizard wants for me to participate.

That said, there are some folks who are going to just be done with whatever made them "famous" in the first place, and in this respect, Wizard World is actually seems sort of neat.  Take pro-wrestler The Million Dollar Man.  That guy is not a teen-ager anymore, but he still has lots of folks who'd love to meet him, and that I get.  Last year Adam West came to sign autographs, but he's Batman.  I get the connection.

But, no, I didn't get anyone's autograph.  What I will say is that Kevin Sorbo of Hercules: The Legendary Journeys fame is a really tall guy (taller than me, and I'm, like, 6'4" or so) and I have no idea how old he is.  He still looks remarkably young.  Good on you, Sorbo.

The Grapes of Wrath is among the books you're supposed to read that I was never assigned in K-12 or during college (I only took one literature class in college, and I don't know if we read anything by an American author.  Film and History degrees.  Sorry.), and as Tom Joad never dawns a cape in the book, nor does Ma Joad fight a robot or gorilla, it fell to the bottom of my reading list.  But as part of my program to catch up on books you're supposed to read that also translate pretty well to audiobook, I recently finished the 22 hour odyssey of Steinbeck's best known work.

No doubt in the era in which it was released, the book was a piece of propaganda, and I imagine it was intended as something like the socially-conscious work of Upton Sinclair in books like The Jungle, using popular media to draw attention to the circumstances of those who'd been caught up in the crush of economic and environmental turmoil in the farming communities of the south-central United States (in our case, Oklahoma) during the 1930's. 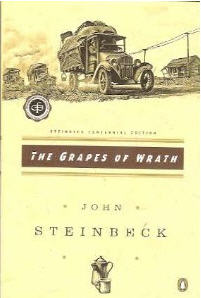 As a quick summary - the book follows the fortunes of the Joad family which, like everyone else in their Oklahoma community, is devastated by a bad crop, and loses their farm to a large industrial concern (the books makes plain this misfortune befalls most small farmers in the middle states).  With farm as home, they have nowhere else they can go and earn a living, and so take to the road to California, where they believe jobs will await them picking fruit.  It follows the hardship of crossing the country when there's no money to start with, and the reason all those Okies believed that this would work.