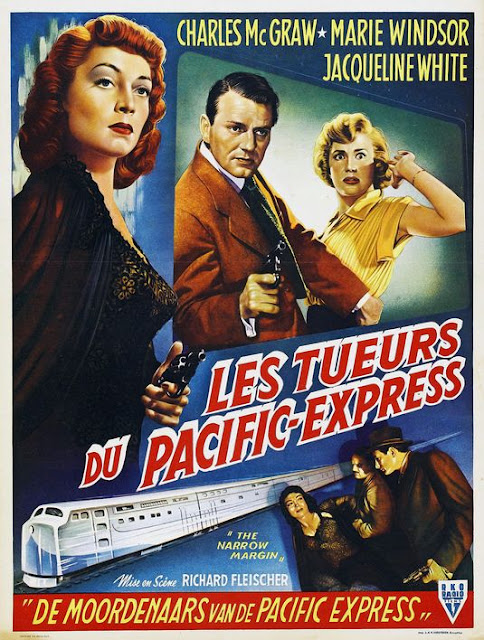 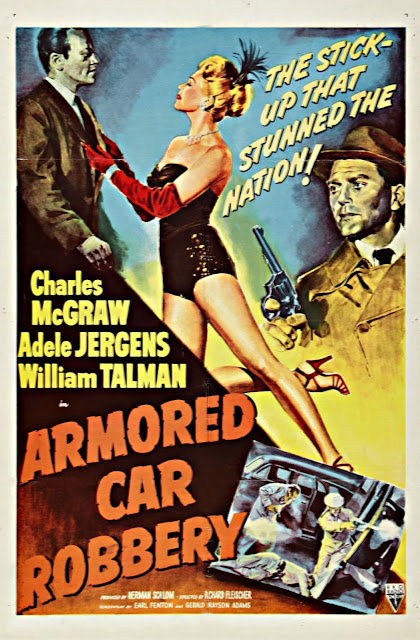 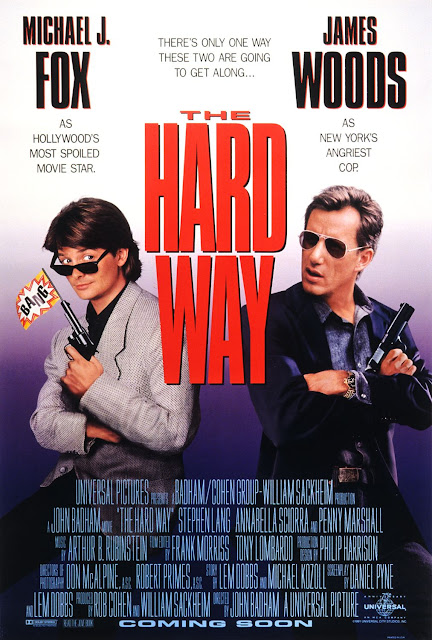 
The trend so far for 2018 is me watching movies other people put in front of me.  Whether it's watching whatever is served up on TCM's "Noir Alley" by Eddie Muller, what my collaborators want to watch for a podcast, or - in this case - The Hard Way from 1991.

A couple of weeks back I watched a movie from 1943 called The Hard Way, a backstage melodrama featuring Signal Watch favorite Ida Lupino.  More than one of you asked me if I'd seen the 1991 Michael J Fox starring feature of the same name, and, no... I had not.  I did look it up, and remembered the film from the posters and commercials and it wasn't too hard to pin down why I didn't see it back then.  And before you ask - there is no connection whatsoever between the Lupino film and this thing.

Flashforward about a week and I get a package at my door, open it, and sure enough... once again Jim D has sent me a movie I had absolutely no intention of watching and told him several times I did not want to see.  So, I'm now the proud owner of a copy of The Hard Way starring James Woods and Michael J. Fox.

So, let's talk about the movie, 1991, and why I didn't see it.  Because I did watch this dumb movie and I have opinions.

Noir Watch: Hollow Triumph/ The Scar/ The Man Who Murdered Himself (1948) 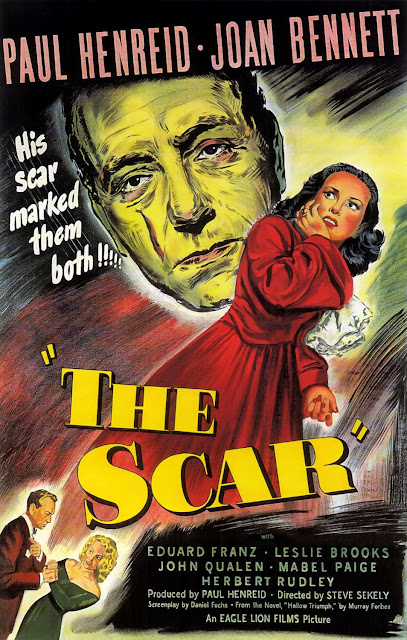 This movie was a *lot* of fun.  It's not a glossy studio movie, but acting talent, direction and cinematography carry you really far in a picture. 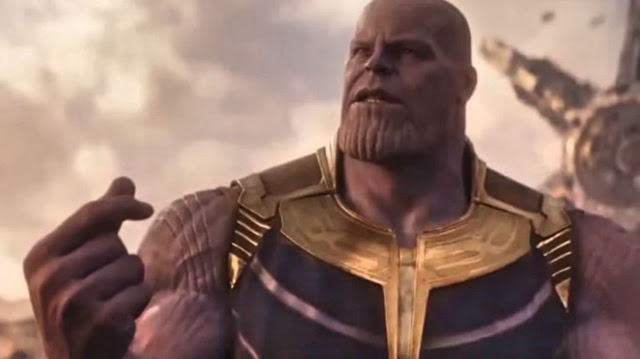 Jamie and I went and saw Avengers: Infinity War (2018) again.  And realized we were glad Thanos was not a fan of beat poetry.