1)  I have started working on the Summer 2011 Signal Watch movie-watching and events calendar.  With this calendar, I'm letting everyone (especially Jamie) know where I'll be this summer when it comes to some of the fantastic offerings going on at various Austin cinemas (The Alamo, The Paramount and the newly opened Violet Crown Cinema).  I will also be adding a show or two in San Antonio thanks to TPR's Summer Film Series.

The calendar is only a guideline, so if you want to join me for a movie, please email to make sure I will actually be there.

Keep your eyes peeled.  We'll be updating the calendar regularly.

2)  I hit that point where I'm online too much and not reading enough.  I will be ratcheting back posting a bit (until I start posting too much again).

3)  Please keep the comments coming.  We love to hear from all of you!  And if you're a reader who never comments, please do so!  This site works best when people comment.  For example, who is the mysterious stranger from Pepsi Co who keeps reading my blog?

Oh my God, The Alamo is doing a POTA Marathon!

A while back I announced my intention to host my own Planet of the Apes Marathon prior to the release of the new POTA movie.

Apparently, the stars have aligned and The Alamo Drafthouse is planning a spectacular Planet of the Apes Day-Long Marathon.  If you aren't following the Bad-Ass Digest, you're kind of making a mistake.  But that's where I heard about this shindig.

So, Jamie, sounds like May 29th you'll need to recruit someone else to entertain you.  I'm looking at the opportunity for an absolutely amazing Day of the Apes!

Hey kids, this Saturday is Free Comic Book Day. Its an annual event wherein comic shops have a selection of comics you can pick from at absolutely no cost. Not all stores participate, and not all stores do it well. My local comic shop both participates and does it very, very well.

Many stores will have special events, signings by artists and writers, and all kinds of stuff going on. I believe at Austin Books and Comics they've chosen to shackle writer Chris Roberson to a table for seven grueling hours of signing comics whether he wrote them or not. They don't even care if he gets hand cramps.

For a rundown of what might be available at your local comic shop (totally free!) you can click here.

I'm excited about a lot of these comics, including:

So, I encourage you to drop by your local comic shop and see what's going on.  I'll be heading down to Austin Books on Saturday around lunchtime.

Jon Hamm and a small, blue Yeti hang out in Central Texas/ Austin

I believe my old work colleagues David and Justin worked on this video during SXSW.

Today, I leave you to ponder Big Barda, one of my favorite comic characters

The Signal Watch, League of Melbotis and all affiliated organizations wish godspeed to Mr. Jackie Cooper. Various sites are reporting his passing.

Over four Superman movies, Mr. Cooper played Editor-in-Chief of The Daily Planet, Perry White. Like the rest of the cast, Mr. Cooper defined the role for a generation, and left his indelible mark on the character.  Most certainly the comics of the 1980's and beyond looked to him for inspiration.

Of course, like Mr. Ford and others in the cast, Jackie Cooper had a storied career in Hollywood, starting in Our Gang shorts and starred in the Oscar-nominated film Skippy. You can read a more detailed bio here.

Mr. Cooper will be missed.

Well, I went to see Arcade Fire tonight with Jamie, Jason and pal AmyR. The show was really pretty great, and in no small part because Jamie and I figured out it was the first show we'd been to together since a Bowie concert circa 2004.

I dig this song off the most recent album.


Before leaving the stage, Win commented for maybe the fourth time about how much they love Austin, and reminded us "You don't even know how good you have it here". And I think maybe that's true some days. But I'm also glad someone else noticed.

And here's another favorite:

May my birthday wishes cross the vibrational plane and find the many Supermen of the 52 Earths.

High School Prom: twice as old now as we were when it happened

So I was listening to the latest episode of This American Life, and the topic this week was that annual rite of passage for every non-home schooled kid in America, the prom.    And it occurred to me, I do not believe I have ever burdened you people with the story of MY prom.  We haven't covered this, right?

Its a rite of passage for everyone, and I don't just mean those who attended.  Not going to prom is part of that process as well, whether it was your statement about your priorities or your inability to land a date.  We aren't judging.

My high school only had a Senior Prom at the time I attended the school, no Junior Prom.  While I was a cynical little monster, this was counterbalanced by a mom who had just really enjoyed the living hell out of her high school experience in a way that I found utterly baffling.  Many nights did I sit through a battery of questions about why I wasn't jazzed about pep rallies, couldn't identify the homecoming queen, and had no idea if there was sock-hop going on that Friday.  And weren't there kids at a soda fountain somewhere dancing to records?  She'd gone to high school and that's what they did, I was told.

I did not want to tell my parents that my peers were waiting for someone's parents to go out of town so they could throw parties and drink their parents booze, and that it wasn't a huge shock that, yes, we all knew exactly who used drugs at the school, and that was way, way more common than "cruising the drag" (not that we had a drag...). 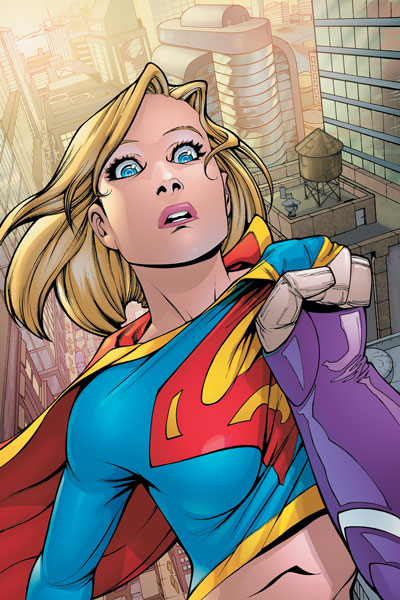 I'm reviewing this mostly because I'm trying to build a bit of strategerie around my Super-blogging and less because jumping in and talking about a minor storyline a few issues in is a great idea.  So, bear with me and I'll keep it short.

I have been on extensive record about my dissatisfaction with the early days of the Supergirl series.  Somehow DC had read "being a teenager is hard and emotional" as "we should really make Supergirl an unsympathetic sociopath".  There is likely a place and a time for a story about a young teenaged superhero who matches that description, and I might even read it, but I prefer my Kara Zor-El a whole lot sunnier.  So...  if you haven't checked in with Supergirl in a long time, that's more or less what we've got these days.

Wow, this is taking up a lot more ink than expected. I'll try to be brief.  This is part 3 of a 3 part discussion of Action Comics #900.  You can read Part 1 and Part 2 before checking out the final part below. 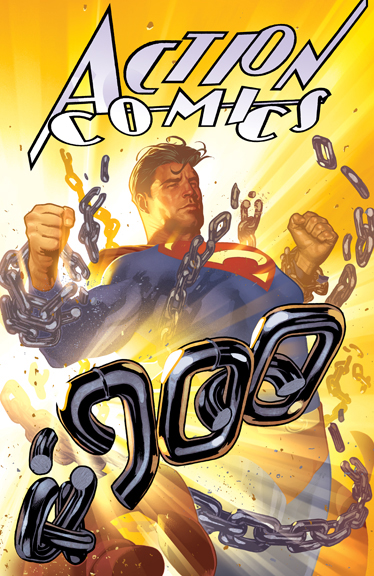 In Part 1 of this review, I talked a bit about why I was so excited about Action hitting its 900th issue.  In pretty short order it became clear that a 9 page story (more specifically one or two panels of that nine page story) was causing all kinds of controversy thanks to political talking point hyperbole and an apparent unwillingness to actually read or acknowledge the content of the story.  So, I did my part to talk about all that.

The issue is 96 pages, most of which is made up of a mix of a grand finale of the past several issues of Action and wrapping up the previously mentioned Reign of Doomsday storyline.

In all the hubbub surrounding Superman's legal status, one thing that clearly got lost is that Paul Cornell wrote some really great, character defining stuff for Lex Luthor during his run, some of the most definitive work on the character in a while, and it all comes to a head in Action #900.