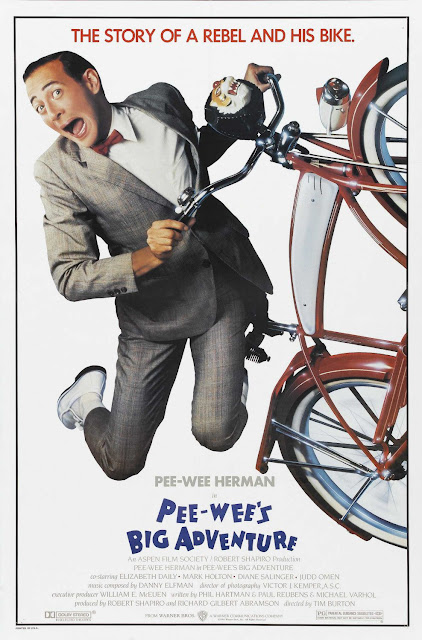 Well.  We had a request, and while I can't accommodate every request, (a) I love this movie, (b) this person is in a way, and it wouldn't be right turning her down when this is all she asks, and (c) turns out this week is the 37th anniversary of the film's release!  Tuesday, as I write this, is actually the day it was released.
This movie - which is mostly *not* filmed in Texas - is the most accurate depiction you will ever see of Texas, in spirit.
This movie has everything.  Adventure.  Romance.  Ghosts.  Snakes.  Morgan Fairchild!
So, join us for one the 1980's finest works of art!
Day:  08/12/2022
Time:  8:30 PM Central
Format:  Amazon Streaming
Cost:  $4
Click here to go to the basement of the Alamo!
Link live 10 minutes before showtime
Posted by The League at 8/12/2022 05:18:00 PM No comments: 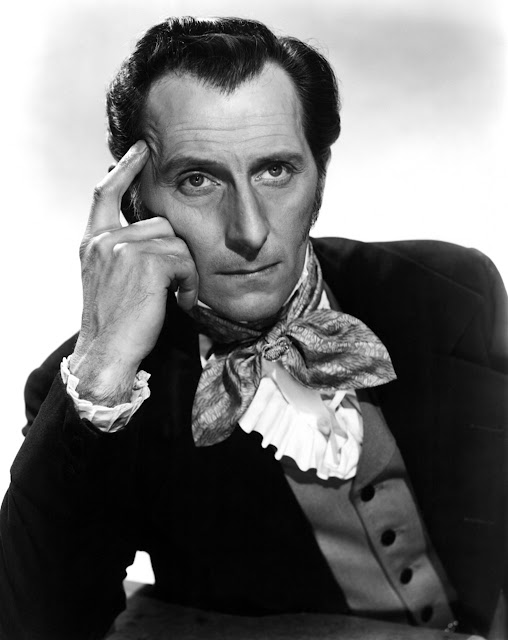 Today marks the birth anniversary of English actor Peter Cushing.  Cushing was a familiar face to generations the UK, the US and across the world thanks to his starring roles on Hammer horror films, playing a truly demented Dr. Frankenstein across many films, a noble but crisp Dr. Van Helsing, Sherlock Holmes, and - of course - as Grand Moff Tarkin in Star Wars: A New Hope.
Cushing has become one of those actors where I now say "Cushing is in that?  Well, let's watch it."  And I'm never disappointed in a single moment of him on screen.
He was also a very humble gentleman who came to fame in his 40's, and always seemed to have his feet on the ground.  Cushing was also quick to make friends with his co-stars and colleagues, and he worked numerous times with Christopher Lee, and befriended the likes of Vincent Price and others who were kings of the horror film world.
I always find it intriguing that, in his downtime, Cushing made miniatures and models of all sorts of things.
Anyway, happy birthday, Peter Cushing!  You are missed.
Posted by The League at 8/11/2022 09:55:00 AM No comments: 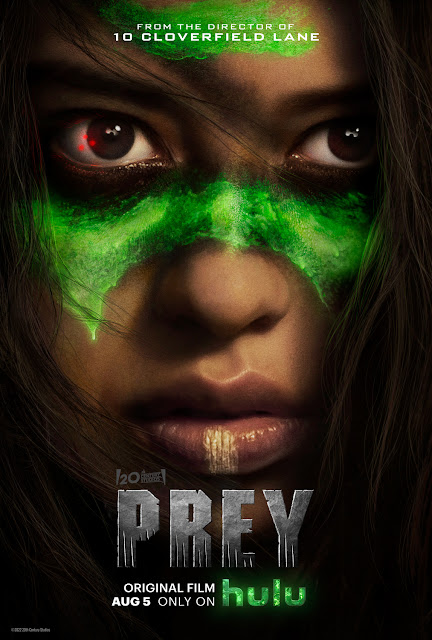 Watched:  08/07/2022
Format:  Hulu
Viewing:  First
Decade:  2020's
Director:  Dan Trachtenberg
I had not heard one word about Prey (2022) before my social media lit up when it dropped on Friday (two days ago).  Frankly, I ignored the chatter for half a day when I saw mention it was a Predator movie, which is not in the year 2022 that is something that gets me terribly excited.  I love Predator, but everything after in the franchise sort of exists on a sliding scale, and attempts to merge it with Aliens somehow devalued both.
Suffice to say, I have not seen every Alien, Predator or Aliens and Predator movie over the past 35 years.
Thus, I was inclined to ignore the movie til I heard the basic set-up and that some trusted sources generally liked it.  Some quite a bit.
I finally watched the film this morning, and... yeah.  This is the best Predator related thing I've seen since watching Bill Duke dry-shave in a jungle.  They kept the scale manageable, they remembered we know the Predator set-up, and that the thing to do now is to make the movie have personal stakes for the lead.  They will be changed in some way by the experience, and not just because they experienced pants-eradicating terror facing an alien invasion.
Read more »
Posted by The League at 8/08/2022 12:24:00 AM No comments: 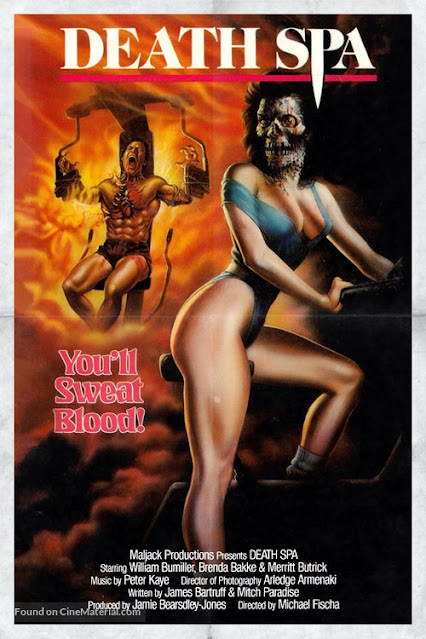 Watched:  08/05/2022
Format:  Amazon Watch Party
Viewing:  First!
Director:  Michael Fischa
So, I mistook this movie for something else I'd watched not too long ago, Killer Workout - the other 1987 movie about a string of murders occurring within an LA health club.  And, I assure you, this would be the best possible double-bill one could program, and one day I will make that happen.  The movies are similar to a point - but this one has a budget and actors you've seen before.  And a *lot* more shenanigans, but with fewer curiously placed yard-phones.
Anyway, I spent the first fifteen minutes of the movie utterly confused as this was *not* the same movie I'd watched, but due to the aesthetics of a 1980's LA gym, film grain of the 1980's all looking pretty similar circa 1987, and my face-blindness, I thought I'd stumbled onto a different cut of the same movie.  But it's not.  It's wildly different.
Is it better?  I mean - yes.  This one doesn't feel like guerilla film-making, and it has te budget to deliver on the things you were expecting in Killer Workout but didn't really get.  Namely, gory FX and a bounty of bewbs - just kinda strewn about in that 1980's way that says "look what we got to do.  Let's go enjoy some cocaine."
The plot is an insane mix of future-shock computer stuff that never really plays out, possession of humans AND computers, Dressed to Kill,  Psycho, Carrie and many things I am sure I missed.  Anyway, I was kinda blue I'd picked the wrong movie at first - but at this point I now stan Death Spa.  The back half of this movie is absolutely bonkers and you realize the first half just exists to lull you into a false sense of security that you know what this movie is.  And you do not.
Somehow casting but not really starring one of the guys from Dawn of the Dead, Kirk's son David from Wrath of Khan, and the woman who played Teela in Masters of the Universe, it's got a "that guy!" vibe I particularly enjoyed.  I don't know who the actual leads are, and was frankly confused who some of the women in the film were supposed to be or what their relationship was to anything - but that's 1980's filmmaking for you.  It's about MEN.  In JACKETS.  Who PUSH UP THEIR JACKET SLEEVES.
There's also some amazing sound design where they do not care that planes are flying overhead and birds are furiously chirping.  I always like it when its clear they couldn't afford a re-record session and the real world invades your killer computer ghost movie.
OH.  And there's a parapsychologist.  And a kinda sexy lady who is blinded by chlorine?  And the guy lives in a house seemingly designed by MC Escher and that's where he puts her, and despite her recent hospital stay he keeps changing her into very formal clothes and then 9 1/2 Weeks-ing her with asparagus, the sexiest vegetable.
Anyway, watch this movie.  Ten thumbs up.