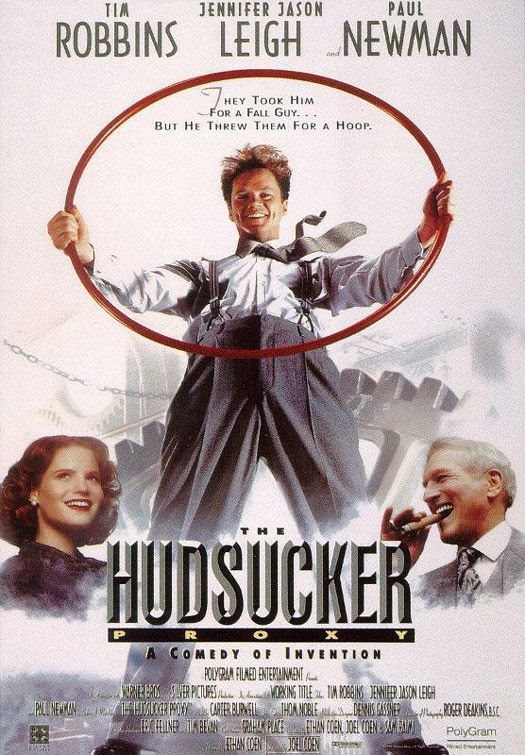 Way, way back when was in college, for reasons that now escape me, one of my film school faculty showed us just the "Springtime for Hitler" sequence from Mel Brooks' The Producers.  The class went bananas, and when the video ended, the professor immediately said "Don't get too excited, it's not Brooks' best work."

So I never bothered to see the movie.  I have seen most of the movie version of the musical*, but seeing the original just never happened. 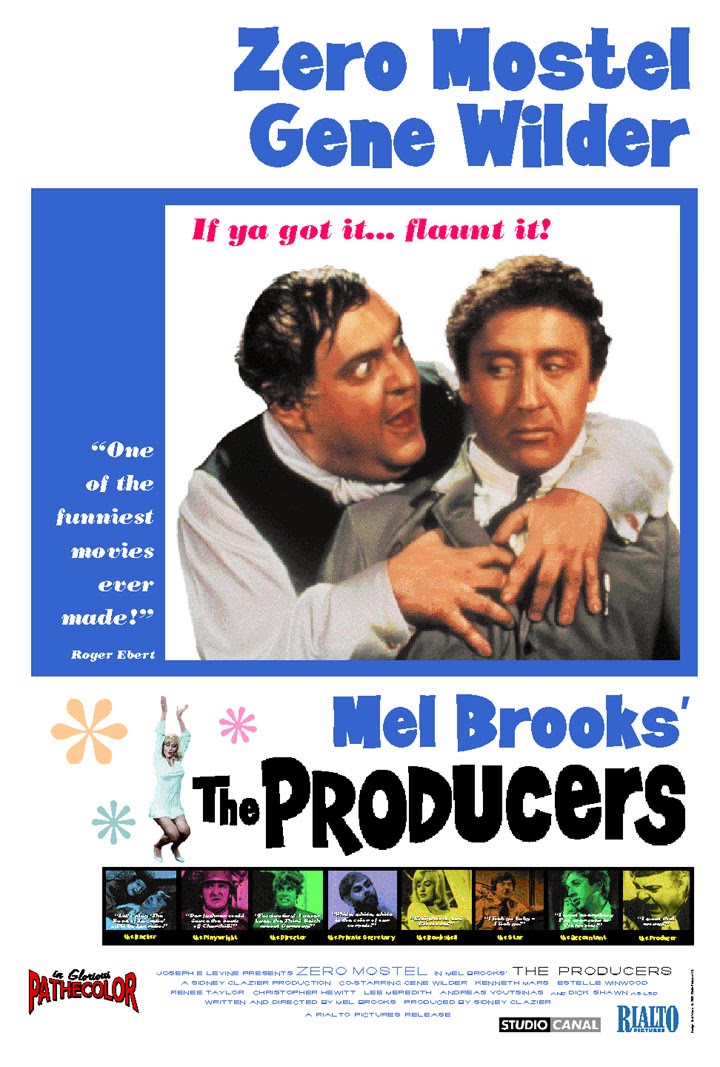 Friday night is "let's not think too hard" movie night, and this was still in ol' Netflix queue, so I finally gave it a whirl.

Sometimes it's just time for Queen 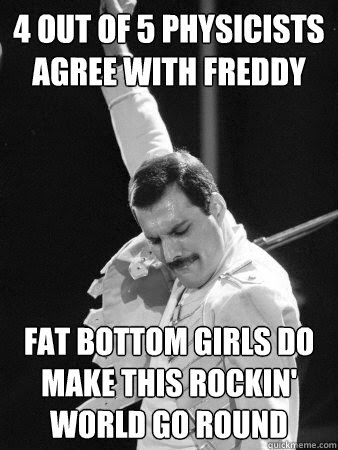 thanks to Gerry for the inspiration.

late edit:  clarification - Gerry is not a fat bottomed girl.

Up is Down, Black is White: Rocket Raccoon 3rd Best-Selling Comic in 2014

People, according to ICv2, Rocket Raccoon #1 was the 3rd best selling comic of 2014.

Back around  January of 1987, a somehow-even-more awkward version of myself was lumbering around Austin Books & Comics and used Christmas money to purchase all four issues of the Rocket Raccoon limited series by Bill Mantlo and Mike Mignola off a spinner rack.  By that evening, we were bona-fide Rocket fans.

Gerry and Randy were kind enough to each send me this video today.  It's a short, animated fan-film that does a great job of communicating what makes Superman tick.  Rather than weigh you down with a pre-amble, I suggest you go ahead and check it out.

As simple as such a film may be, it's shocking how difficult this sort of portrayal of Superman has become over the past two decades, be it in comics or movies or ten seasons of TV.


I have no idea who "lizburbank" is or why she linked to this site.  But I am not Ariel Dorfman, and I wouldn't tell you how to read Donald Duck.  That's something you have to dig down deep inside and learn to do for yourself.

If it makes you feel better, I am definitely anti-fascist, too.  And I bet, if you asked, ol' Donald isn't much of a fan of fascism, either.

Here's something we haven't talked about yet - Avengers: Age of Ultron

Looks pretty snazzy, and like Superman/ Batman better not bring a knife to this gunfight when the JLA forms here shortly.

Of the various Marvel movies, Avengers still isn't my favorite.  Doesn't have to be, because that's a lot of movies and I've liked all of them to some extent or other.  Even both versions of The Hulk (don't judge me).  So I'm not going to act like a goon and pretend for two seconds like I'm not pretty jazzed about this trailer and the ones that preceded it.

You may recall that I wasn't (and am not) much of an Avengers reader when it comes to the comics, so I don't have too many preconceived notions regarding Earth's Mightiest Heroes.  In fact, I'm still confused about what happened to Monica Rambeau - Captain Marvel as she was in the first Avengers comic I ever read (she had a rad power set).*

Anyway, this looks like a pretty crazy summer blockbuster.  It's interesting to watch the Marvel U gel and become something long known by comic fans but unknown in almost any other media.  And these Avengers movies that pull the whole thing together are a pretty great idea.

So, what have y'all been thinking when it comes to Avengers 2 and the Marvel Cinematic U?

*I may have a comic with her in it that's sitting on my coffee table that I just haven't read yet.  Is she in Mighty Avengers? 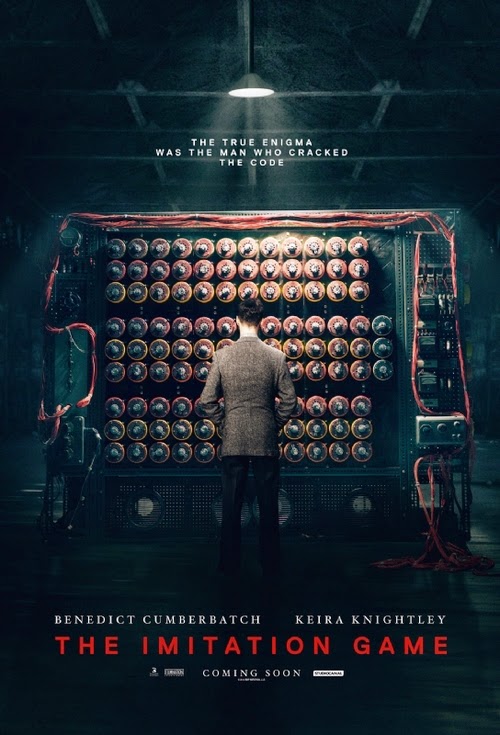 Like a lot of historical drama, a quick Google search of the lead characters in the film will more or less fill you in on the details that might comprise the story.  And, of course, it's likely you've heard of The Turing Test and Turing Machines.  I dunno.  Maybe if you work in needlepoint or dog grooming it doesn't come up as often, but it's at least a bit in the zeitgeist where I work.

The movie stars Benedict Cumberbatch as Alan Turing and includes Keira Knghtley, Mark Strong and Charles Dance (among many others).  Alex Lawther plays a young Turing, and should get some sort of junior award for one of the best performances I've seen from a young actor in a decade. 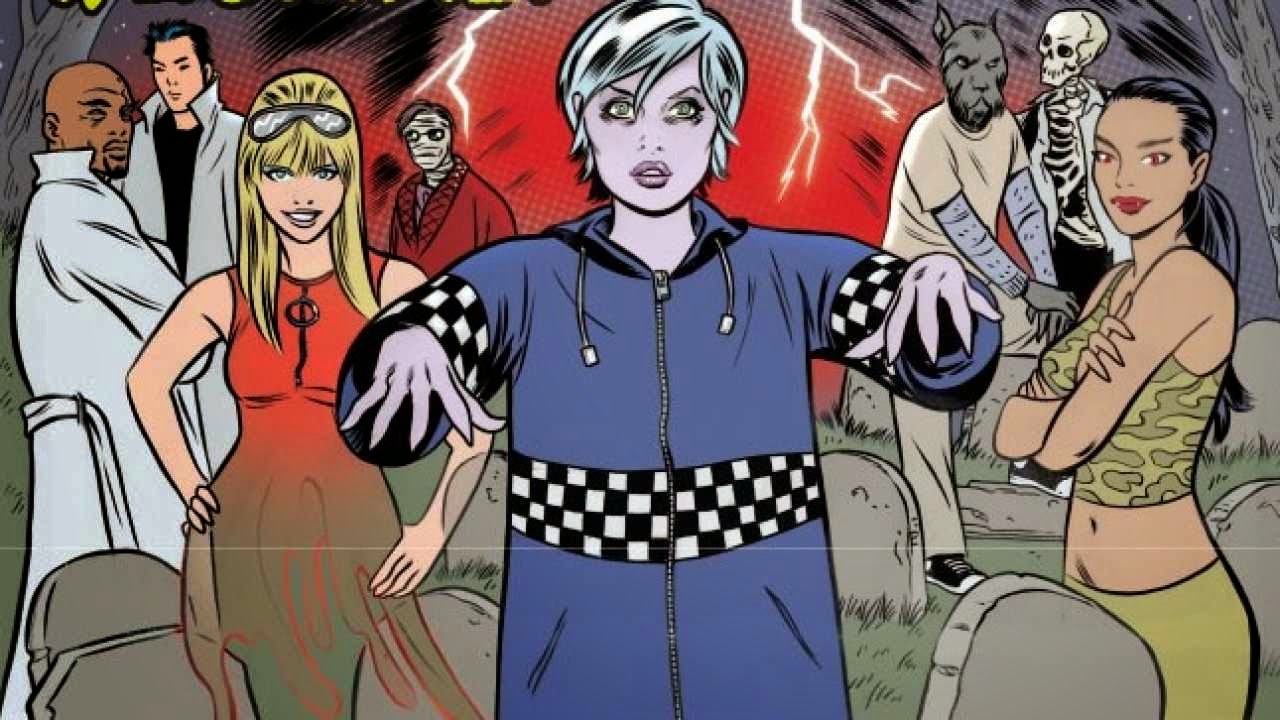 Here's to hoping the great world Roberson and Allred built makes it's way to the show.