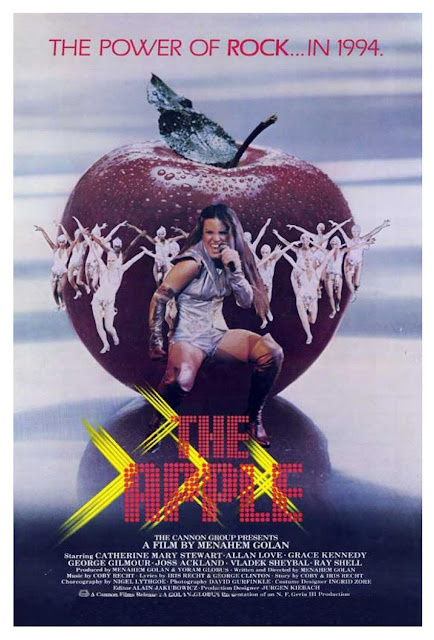 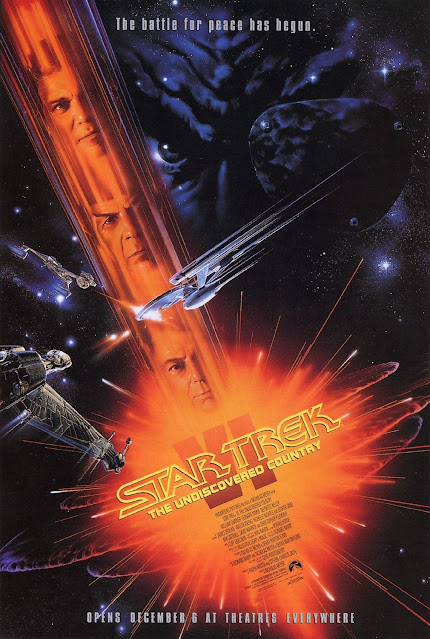 Watched:  05/02/2021
Format:  Amazon Prime Streaming
Viewing:  Unknown
Decade:  1990's
Director:  Nicholas Meyer
This is... my third favorite Trek movie?  Pretty remarkable for a movie that has very few ship-fetish shots and plays like a 3-part episode of the TV series.  But, man, it just works.
I believe it was advertised as the final movie for the original crew from Star Trek before The Next Generation gang took over, but as an excitable 16 year old, I thought "nah, they just got their mojo back on this one.  They'll make more."*
So, yeah, shocker, I am into a tight murder mystery set in space with the fate of the galaxy in the balance.  Throw in ship-to-ship combat, several rad supporting cast members beyond the usual crew, plus Sulu as Captain of his own ship (and, my god, had they just given Takei a spin-off series back then...), \more wildly over-the-top Klingons in the form of Plummer's Shakespeare spouting warrior, Chang (love everything about this character) -  and it's like Trek was just punching "Ryan will like this" buttons.
And, of course, Kim Cattrall as Lt. Valeris.
Read more »
Posted by The League at 5/04/2021 09:31:00 PM No comments: 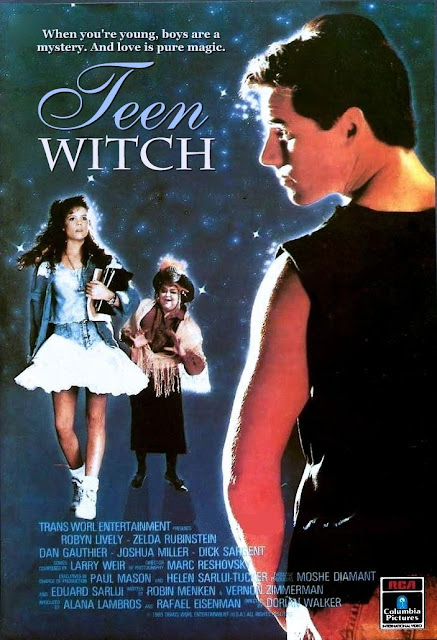 Watched:  04/30/2021
Format:  Amazon Watch Party
Viewing:  Second
Decade:  1980's
Director:  I don't care
We're wrapping up our Friday Night Watch Parties this coming week, and maybe that's all for the best.  For - I may never top Teen Witch (1989) as an offering.  It's all downhill from here.
It's one thing when people make a movie and try and it doesn't live up to expectations.  It's another when you can tell someone was pushing out garbage to take advantage of a place in the market and literally seemed to not care how the movie turned out.  And that's being generous, because the alternative with Teen Witch is to accept that adults made this film and this was their moonshot, and then we have to wonder: do you know how movies work?
Read more »
Posted by The League at 5/03/2021 11:53:00 PM 1 comment:

Animation Watch: The Mitchells vs the Machines (2021) 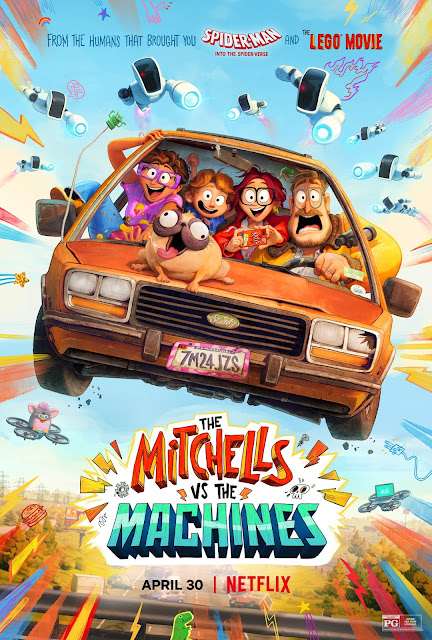 Watched:  05/01/2021
Format:  Netflix
Viewing:  First
Decade:  2020's
Director:  Michael Rianda, Jeff Rowe
I'm not going to bother writing this up.  Another terrific Lord & Miller produced animation with a terrific voice cast.  Hysterical, moving, gorgeously animated...  very glad this is out there.
But I figure everyone with a Netflix account will have seen it, so just go nuts on your own on this one.
I don't have kids, and I got this one.  I imagine a lot of you parents were choking back some feelings watching this one. 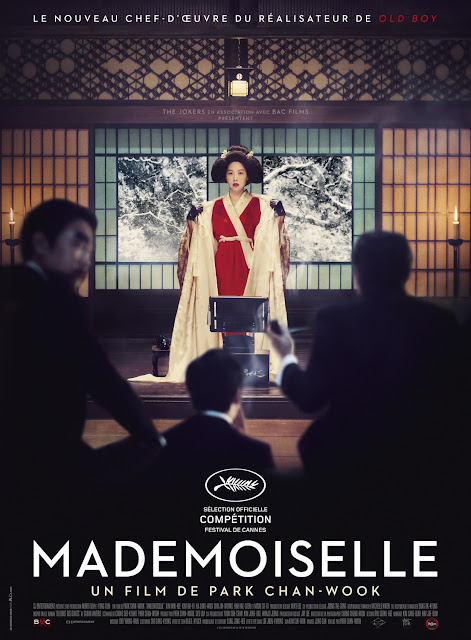