I have gone to Port Aransas

I haven't been to a Texas beach for a relaxing stay in about five years, and that's too long. 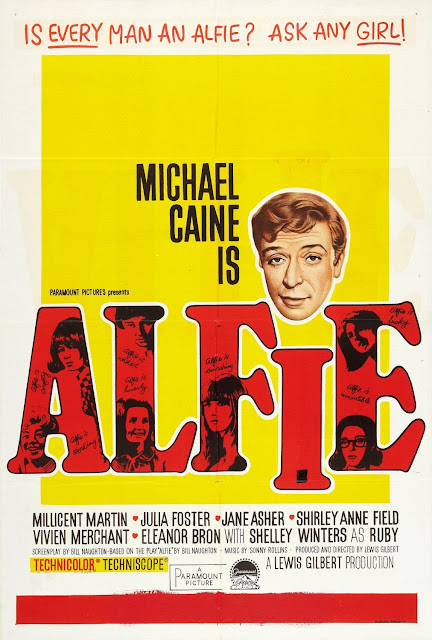 I'm currently listening to a Michael Caine autobiography, The Elephant to Hollywood, narrated by Michael Caine.  I don't want to tell you people how to live your lives, but I highly recommend spending your commute each day with Michael Caine.

But the book did get me interested in several Michael Caine movies I had not yet seen.  And I figured I should probably start with Alfie (1966), one of the movies that broke Caine as a name talent (I'll be tracking down Zulu next).

In the book, Caine mentions that his former drinking partner, Terence Stamp, had originated the role on the London stage and did not want to movie role after trying to bring the show to the U.S. where it was badly received.  And, yeah, I can see Broadway audiences finding the character and play a bit...  confusing?  Baffling?  Not all that intriguing?

I don't ever like to bag on a movie that's fifty years old for being outdated, because I suspect that in some ways, Alfie opened a lot of doors about what could and couldn't be in a movie and to a bit more honesty on screen.  The film is about our titular, fourth-wall breaking character who is a bit of a cad and lives his life entirely to be a ladies man.  He goes from woman to woman, having a few regulars, picking up a few along the way, married or not, never looking for commitment, just a good time.  And while Alfie is a charming character, he's got his own code for looking out only for himself, something he feels works very well, indeed. 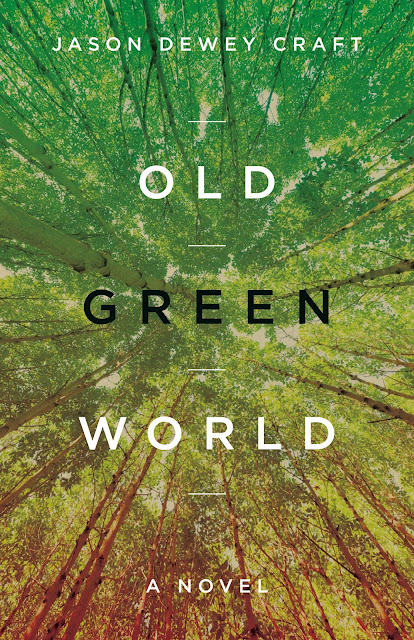 Full disclosure:  this novel was written by a buddy, and I was predisposed to like it for that reason.  I read about 100 pages of the first release of the book in PDF, then purchased the first self-printed run of the book - started that, and then Jason alerted folks that he'd actually landed a publisher, and to hang on a minute.  So, with my third copy of the book, I started over (again) and just wrapped the book Sunday afternoon.*

Old Green World (2015) is the first novel from Jason Dewey Craft, and it's a curious mix of science-fiction and fantasy, though it's unclear where or if the reader should bother to draw a line between the two genres.  It plays off of villages and castles while taking place in a future far removed from our own present day, a post-post-apocalyptic world on an Earth returned to something closer to a state of nature or without deep impact by humanity (depending how you mean).

I'm not much of a sci-fi reader, but part of why I abandoned the genre and had a hard time picking up sci-fi and fantasy was the weirdly patterned and mannered approach to sci-fi and fantasy writing, an overly descriptive method of world building and character which seems more in love with thinking up gadgets and whatnot and less with a reason for telling the story.  The tack can lead to a lack of narrative novelty as writers happily cut from the same few templates, the fandom and limited approach of authors showing through in the execution.

From the first pages, Old Green World seems to co-opt and then transform the conventions of the fantasy building, creating an understandable world despite economical detail in the prose, never bothering to fall into the trap of purple exposition, but, rather, simply describing location, character, scene, etc.. where necessary.  Much is left for the reader to imagine, to parse, to fill in the gaps.  The approach leaves the text subject to interpretation, of course, and many of the ideas that drive the conceit of the story rely on abstraction. 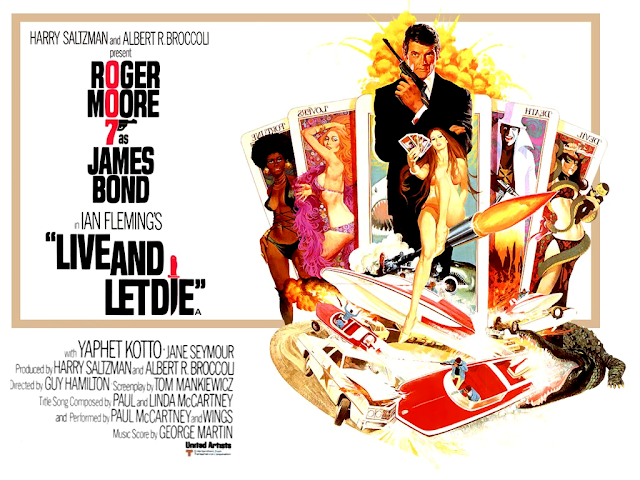 At the risk of sounding super creepy, what I really remembered from this movie was Jane Seymour.  I knew I hadn't seen this one during my Bond-sprint post 7th Grade because I was totally shocked to find out, in high school, that Paul McCartney and Wings had offered up a song for a Bond movie when Guns N' Roses covered the song on Use Your Illusion I.  While I'm certain I'd heard the Wings version, I don't think I'd ever quite put 2 and 2 together (because I could not have cared less about Wings until about that point).

When I was in college I lived in a dump of an apartment that happened to be (a) close to campus, (b) furnished and (c) featured cable.  And, in that year ('94-'95), TBS started showing Bond movies on an infinite loop, and it was then that I finally saw Live and Let Die (1973).  And, as a 19 year-old, it was kinda hard to ignore Jane Seymour, who I was mostly familiar with from Dr. Quinn, Medicine Woman and Somewhere in Time.


But, as they say, I showed up for the Jane Seymour, I stayed for the bat-shit plotting and boat chases.


I guess my biggest question about this movie is why it's called "Zootopia (2015)" to begin with when the name of the city in question is "Zootropolis".   Further confusing the point, I think that in England the movie was released as "Zootropolis", but I'll let someone from across the pond confirm or deny that notion.

We're a number of years on from Disney's Home on the Range, the worst Disney film I can remember ever seeing, and the one that threw the future of Disney animation into question.  No, there's no glorious return to 2D hand-drawn animation, and I suspect we've seen the last of that artform on the big screen from any major studio.  That's okay.  Walt would have wanted innovation and character.  And gags.  And, Zootopia delivers on all fronts.

What's different now is that, I think, you can feel the impact of John Lasseter's influence spread from Pixar to Disney, and not just in animation technique.  He's as much Disney as Pixar these days, and I can only think it's helped put Disney on a better track, and the sensibility of story coming first now lives at Disney as well as their cousins in San Francisco. 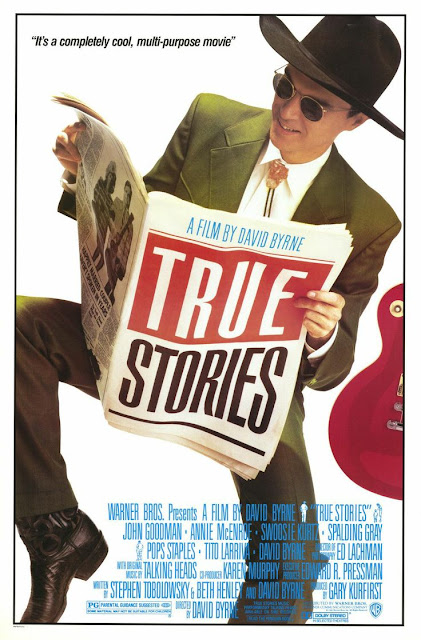 I've written here and there about my love of the Talking Heads.  I don't know exactly when I decided I liked them, but my interest in them goes back to middle school, and I started picking up an album here or there in high school, really becoming interested my Senior Year when Sand in the Vaseline hit the shelves and gave me more of an overview of their "greatest hits".   I've seen both Byrne solo and "The Heads".

My first memory of the existence of True Stories was a subway poster for the film I saw hanging in a deli in Dallas while on a church youth retreat when I was 15, but I never came across a copy of the film (kids, there was a time in the long, long ago when all media was not instantly available just because you thought about it).  But circa 1996, I located and rented True Stories (1986) and gave it a whirl on the ol' VHS player I shared with my two roommates at the time.

Living in a place, sometimes you have a hard time knowing what it is that makes that place unique or special.  It can be the outsiders perspective, what they see as the difference that can really resonate in its own peculiar way.  I don't think a non-local could have made Slacker and captured the particulars of Austin in summer in the late 1980's, but it's hard to imagine anyone local to Texas seeing Texas in the light True Stories captures - a ridiculous cartoon of a film that still, somehow, seem absolutely true.