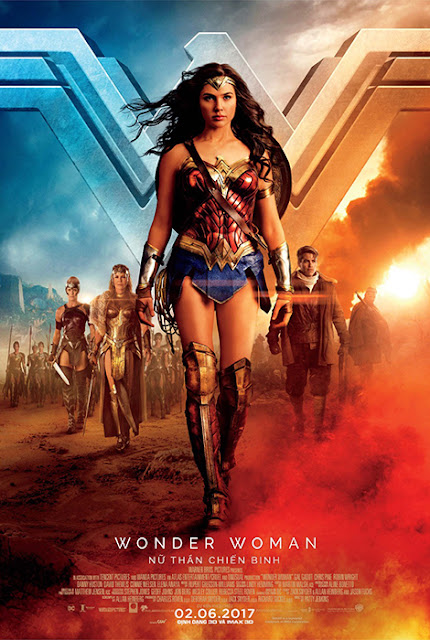 In 2017, at the height of my "oh, who cares?" moment, I made the decision to stop posting on every movie I'd watched.  But I've found it's sort of weird to me, personally, that I can't go back and see a list of everything I watched in a year or refresh my memory from my notes when a movie comes on.  Thus, in 2018, I'll be at least dropping the name of the movie and some info for my personal reference.  That's what you can learn from the change in format that started at the beginning of the year.

When I was writing up every movie I'd seen, I said it allowed me to spend more time with a film, and that's still true.  In 2017 I leaned into writing more of my personal experience, dropping some notes on how I engaged with the movie, and rarely got much into straight up attempts at criticism.  There's enough of that out there, and you can Google any movie and find reasonable reviews and critiques.

Fundamentally I believe in film criticism.  I've argued that it's not telling people what to like or not to like, but about taking a film apart and looking at the parts and appreciating, defending or critiquing what was there - of seeing it as a technical work, but also as a reflection of a time and place, of attitudes and mores.  The end result may be that it's a fine hair to split from "I've looked at this and I am judging its value" to "I liked it or didn't and here's why".  So...  I cry uncle on that one.

But getting outraged at critics (Superman Homepage and Last Jedi detractors, I'm looking at you) as "out of touch" thanks to audience scores on Rotten Tomatoes may be the least critical of all thinkings.  In a culture where we, Inception-like, transfer thoughts and ideas the emotional hooks of stories, of characters and themes and meanings, a party who isn't a fanboy or whose allegiance is to film, not your favorite IP (or maybe off-base ideas about that IP), is a crucial part of the culture's self-management.  Critics may have a different criteria from your particular rubric of happy-button, and that's okay.  They are not there to reassure you.

That isn't to say you can't criticize the criticism.  Once someone starts that conversation, they better be ready to defend their points.  But the madder you are at something, it's worth considering the POV of the writer (do they see Star Wars as a movie, or are they part of your local Jedi cosplay club?), and if you're arguing their point or mad someone's talking about Luke Skywalker different from you.

Only 53 entries wound up tagged for movies 2017, but I certainly watched far, far more movies than that number would suggest, especially if I ever bothered to count Hallmark and other Christmas movies.

You know, upon review, I had a good time at the movies last year.  We got:
plus

For a sci-fi/ superhero/ genre pictures fan, though the movies varied in quality, it was a fun year at the cinema.  Plus, I liked Hidden Figures.  So that gets a mention.

I am surprised by the murmurings out there that Kong: Skull Island was pretty good.  It was passable, the FX were better than expected, but the movie never found its story and felt like an unnecessary chapter or unasked for mythology building that kept referencing better movies.  Atomic Blonde was so close to being a good movie, but wound up as a derivative mess (which dared to spend a lot of energy reminding you that Stalker exists during their much lesser movie), playing on "cool" conventions and some stellar camerawork.  Both movies wound up ultimately unmemorable and unengaging (it helps to care about something, anything, in a movie as it moves along) and like echoes of better, similar things.

Meanwhile the superhero genre did what comics managed back in the early 1980's and began to splinter, following unique paths and beginning to dissolve the notion of the "superhero" film.  Guardians is absolutely not a superhero franchise, even if the characters share a universe with Captain America.  Logan was a meditation on a life lived in violence, and far from a "superhero saves the girlfriend" formula that's been replicated since Superman smashed up that thug's car in 1938.  Spider-Man: Homecoming was a weirdly universe-specific take on the character that maybe went overboard in the Stark-ization of Spider-Man, but was so much fun, I guess I really didn't care too much.  And Thor: Ragnarok pulled a 180 from the joyless film that was the second installment (I dare you to remember the name or what it was about), delivering a bit of space-mythology popcorn entertainment that had a curious amount of heart and a camp-tastic Cate Blanchett.

Of course Wonder Woman stepped out of the trenches and managed to turn superhero movies on their head with a beautiful subversion of the "might makes right" ethos of superhero films, while also clearly articulating the nature of superheroes in their purest form for the first time since Donner's Superman: The Movie.  Superheroes are not about family vendettas or covering your ass for a mistake - they're about stepping into the world to protect people who need it, and because they can, and Wonder Woman outright stated that the best and purest reason for these people to exits: love.

In a year that spawned the #MeToo movement, it seemed fitting that Wonder Woman arrived on the scene and, pleading against the deaf ears of men thinking they knew better, rose up and saved the day.

Of course it was followed up by Justice League, which was a royal mess that felt unfinished, but somehow it was still better than Batman v Superman.  (and, man, DCEU fanboys... I do not want to hear about how WB ruined "your" Batman or whatever.)

Meanwhile we got additional installments as War for the Planet of Apes rounded out Caesar's story.  I'm disappointed how few people seem to have watched this film, because it wasn't just a terrific capper on the series, it was a phenomenal film, and not just from the extraordinary technical achievements it put on the screen.

Blade Runner 2049 seemed to make no money and was largely ignored by mass audiences, which was unfortunate on this go-round as when Blade Runner hit the big screen in the early 1980's.  Still, people wanted to spend a lot of time prior to the film's release telling you that the first Blade Runner was boring or not as good as it thought it was or whatever are the usual arguments for people who can't stand a movie without an explosion or joke every thirty seconds.  As with its predecessor, we got a study on humanity buried inside a sci-fi pot-boiler with a lot of noir-ish trappings.  Not to mention one of the most beautifully shot movies I've ever seen

And, of course, the year closed out with Star Wars: The Last Jedi and the fan turmoil that ensued.  Which is too bad, because that was a fascinating bit of Star Wars movie making.


Both Last Jedi and Blade Runner 2049 pushed back on the idea of destinies and chosen ones - something every damn Hollywood script has been littered with since before the turn of the Millennium.  Maybe they approached it in different ways and for different reasons, but the rejection of the idea of chosen-one or royally-blessed characters as the only ones who can be heroes* seems significant after roughly 20 years of dynastic heroes, and I'll go ahead and say it feels like a very Gen-X/punk response to magical special-people as our heroes.

Rey from Nowhere is a hero from a shithole.

Dunkirk is currently reaping some well-deserved recognition during awards season despite the fact it seemed to confuse a lot of Americans (in our war movies its a group of ragtag misfits who manage to kill Hitler without all that much effort).

I also caught movies like Stalker, RoboCop and other old favorites in the theater this year (including  It's a Wonderful Life and Die Hard for Christmas).

Meanwhile, at home I took in dozens of movies, but two favorites of the year included Shin Godzilla and Mulholland Drive.  I suppose the two movies couldn't be more different, but both resonated, and both I've thought bout quite a bit since watching them months ago.  Albeit, for very different reasons.

A favorite "new to me" Noir of the year was They Live By Night.  Which was interesting, because the first time I tried to watch it, maybe ten years ago, I didn't make it ten minutes into the movie before giving up.  But this time I was locked in.

*btw, a prior, un-produced Superman screenplay and Man of Steel - and no doubt ties to the upcoming show, Krypton - keep driving the idea home that Superman is some space messiah... which is kinda antithetical to Superman
Posted by The League at 1/12/2018 01:18:00 AM

"Rey from Nowhere is a hero from a shithole."