Signal Watch Reads: Brubaker and Phillip's "Last of the Innocent" - pure noir on the rocks

Holy smokes.  This week saw the release of another issue of Ed Brubaker and Sean Phllips' creator-owned but published by Marvel title Criminal.  Criminal is an ongoing series, but Brubaker tells different stories every few issues with new characters, etc...  in short, its not an ongoing series following a single character.

I picked up the first issue or two and about that time i was changing comic shops, etc... and lost track of the title.  With issue 1 of the recent story, Last of the Innocent, I decided to pick up the comic again.  And I'm absolutely pleased I did so.

As someone who enjoys his crime fiction as much as his heroic fiction, Last of the Innocent hits all of the noir criteria, following stand-ins for the Riverdale High gang of Archie comics in familiar faces such as Archie, Jughead, Veronica, Betty, Moose, Reggie and others.  But to see Jughead's gluttony explained as part of an addictive personality, Veronica's rich-girl self-centeredness taken to the logical extreme, etc... by the character's 30's sets up the perfect noir scenario.

I'm making this sound like something it isn't, which is an unoriginal, cutesy exploitation of the original Archie material.  Instead, the story reads much more like straight noir with flashbacks and reflections of Riley Richard's past remembered through rose colored glasses.

The series has a few more issues to go (this week saw issue 3 hit the stands), but each chapter does what a good noir does with each twist, and ratchets up the tension around Riley and the supporting characters.

The artwork, flipping between Phillips' now trademark rough-and-tumble style and a cartoony, kids'-book feel for flashbacks, is a huge pleasure.

My Chat Transcript with Pearl at Time Warner re: The Longhorn Network

Today I learned that Time Warner Cable has not yet reached a deal in which I will receive the Longhorn Network, ESPN's first regional-specific network dedicated to satisfying the sports needs of Longhorn fans.  I am not kidding.

Kickoff for the first game of the 2011 season for UT is the traditional UT/ Rice game is 6:00 PM on September 3rd. As of today, TWC, which has a stranglehold on cable subscribers in Austin, has not yet negotiated a contract with ESPN, the mother-ship network for the LN.  And, as you guess, only the Longhorn Network is carrying the game.  This, people, is utter bull-hockey.

Because the market solves all, I turned to my benefactors at Time Warner, knowing my pleas would not fall on deaf ears.

I suspect "Pearl" may not be the actual identity of my liaison.


Pearl Smith:    Thank you for contacting Time Warner Cable. At the end of our chat you will be given the option of taking a brief survey. My name is Pearl. Please give me a moment while I access your account.

Ryan_:    Pearl, nobody is blaming you.
Pearl Smith:    Time Warner Cable regularly examines its programming line up with an eye towards providing the highest quality and widest choices available at reasonable and competitive prices. Although we do not currently provide the programming that you requested, we do keep track of the number of requests received and utilize this information to influence programming changes. Time Warner Cable is always concerned with the programming interests of our subscribers. This programming request will be shared with our Programming Department. It is this type of feedback that is vital as we strive to deliver the best variety of programming available to our customers.
Ryan_:    But this is a nuisance.  Please tell Mr. Warner and Mr. Time that I will take a network showing Longhorn football over 1000 channels showing me shows about baking cakes and/ or cupcakes.
Ryan_:    I expect for the outrageous sums outlayed to the Time Warner Corporation, they can scrape together a few shekels and see to it that I get my football programming.
Ryan_:    Even if it does mean that's one less private island for the super fortress they're obviously building for their secret private army.
Pearl Smith:    I can transfer you to our sales team for more information on this.
Pearl Smith:    They would be able to inform you the time of its launch.
Ryan_:    That won't be necessary.  I appreciate your patience and I look forward to having the Longhorn Network on my cable dial by August 25th.
Pearl Smith:    Thank you.

The thing that struck me over the head by far the most about the ill-fated Wonder Woman pilot is that it looked exactly like something that should have aired on Fox in the late 1990's.  Yes, it was from the production shop of David E. Kelley, he of Ally McBeal fame, who also gave us many more shows that were quirky or something, none of which I've watched.  And its hard to put a finger on exactly what's so 1990's about the show except that in design, scripting and pacing its maybe a hair in storytelling more mature than soaps from the 1980's, and the 1990's shows carried many of the same themes over from the prior decade.

I won't say I don't watch a lot of TV shows, but when I think sudsy shows with classy, glammy looking women in absolutely enormous and over-stylized corporate offices having middle-school arguments and smirking at one another depending on who thinks they have the upper-hand, my mind is thrown back to shows like Melrose Place and latter-era 90210, LA Law, McBeal, etc...  And Wonder Woman full on has exactly one of these scenes.

So, yes, if you thought "well, it sounds like David E. Kelley", that's exactly what you get.  An hour-long sudser that, sigh, breaks for action when it isn't letting gorgeous, beautifully tressed women  in kind-of-bad outfits go all Dynasty on each other.

The New York Times ran an article on anonymous commenting and how its starting to wear a bit thin for news organizations.

Maybe in 2005 the comment section made some sense.  Maybe.  Frankly, I get nothing out of finishing an article on the local kid's bike race and seeing the latest comment posted was about how Obama is a secret Muslim, that we can blame everything on Big Business, or that things were better back in the past when we all lived in black and white TV shows (apparently).

Really, Estate 4.1 has turned the entire enterprise of reading these comments into an art form.

There's no doubt that news sites were hoping to build a web 2.0 world where communities thrived on their websites, but its been sort of like putting a bird feeder out to maybe watch some Blue Jays and realizing in a month that the thing is completely full of really stupid but furious hornets, and if you try to spray them, that's just going to make them mad.

Back in March I opined that I thought DC Comics was wise to remove comments from their blog. I've seen a few people call them out on this as recently as Comic-Con, but I have to think those people never actually read the comment section and saw the bubbling cauldron of fear and loathing that the comments had become.

I also have no idea why DC bothers to host its own message board which is an even viler hive of scum and villainy.

Its very hard to have a conversation with someone if you don't know who you're addressing. And, I also know some of you post anonymously when you're being a bit pissy,* and that's just... well, its weird and not something I want to police.  But day in and day out?  Its not a big deal.

For news sites? I think the experiment if over. Letters to the Editor worked fine for a good, long while, and if you're likely to write a letter worth publishing, then its likely you've got something worth saying and you've been a bit thoughtful about what you'd say and hopefully worked out the type-o's.

I'm not even sure why news sites are dragging their feet or finding half-measures to seemingly slowly back away from the comment sections.  And I REALLY don't know why CNN thought a great idea was to have anchors read viewer feedback.  That's not balanced coverage, that's reading two or three anonymous jerks' opinions.**

*yes, I know exactly who that is.
**clearly, the right way to consume an anonymous jerk's opinion is through reading his blog.  amiright?

Some Media Consumed the Last Week or So 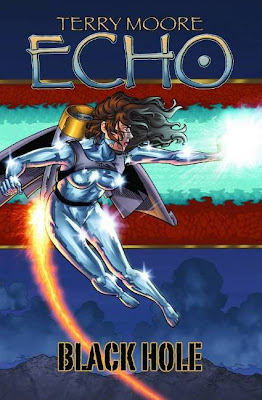 Tonight I am at the Robocop Reverse Marathon at the Alamo Drafthouse Ritz, and on Tuesday I drive to South Texas for work for a few days.

I hate to go on hiatus again so soon, but it seems life and the needs of university research libraries of the Rio Grande Valley greater area are conspiring against us.

That said, I'll be in hotels plenty, and I don't see me not getting bored.