If you absolutely have to know what we're watching, hit me up on email or Slack 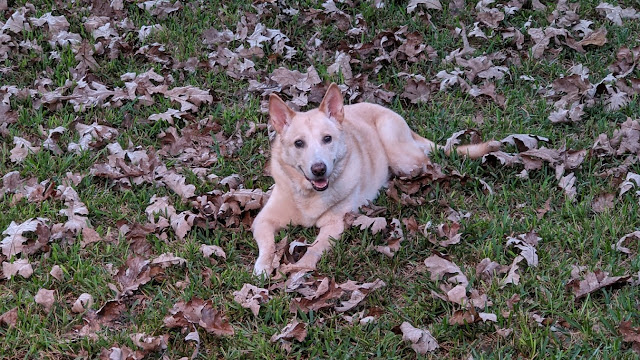 Today, very, very suddenly, we lost Scout, our dog of about 11 years.

I am definitely still processing what happened, and I expect the waves of ugly crying will keep hitting me, but in some ways, right now, anyway, I'm taking enormous comfort in that she suffered so little.

Just last night, she was doing exactly her usual routine.  She hung around while we were working in the kitchen and whenever we looked her way, she came in for a hug and then was looking for treats.  The night before she was playing with me in the yard while I grilled dinner, doing her favorite thing - which is picking up a leaf and throwing it in the air so we would cheer for her.

This morning, she suddenly seemed not to be doing well after 9:45 or 10:00, and Jamie asked me to come down from my office and see.  I've learned not to rush dogs to the vet for every cough or twitch, but after watching her for a bit, I joined Jamie in her concern - but believed the issue was pain related to her legs or hips.  We had dropped her off at the vet by 10:50, and couldn't go in due to COVID restrictions.  Shortly, they told us that Scout had several tumors on her spleen, and one had burst - leading to the pain and discomfort.  At about 1:40, we spoke with the vet.  She would require major surgery, which might not go well.  And she was suffering kidney failure.

We've done the "heroic efforts" route before, but I now believe the best thing - and hardest thing to do emotionally - is to not let your pet spend their final days, weeks, months or years in bewilderment and discomfort.  Had a few details been different today, we would have approved the surgery, we would be worrying about Scout recuperating at home.  But the cascade of what was coming meant a life in which I knew Scout would need surgeries and other treatments, and we'd likely lose her at any point over the next months, during which she would be unhappy.

I knew she'd gone for a long walk yesterday, seen friends (socially distanced) over the weekend that she hadn't seen in a year, had seen our families in recent weeks... and we'd had so many adventures this year (I slept downstairs with her during the freeze), we wanted her final days to be her good days.  Her last mealtimes included grilled chicken, hamburger, and whatever else were eating.  She was living a good dog life.  It was the life we wanted for her every day, not just when she was ill or we were worried about her.

It's hard to explain - because all dogs are motivated by love and food, but Scout's entire personality was built around love.  She just wanted to be nearby, and available for hugs and not to cause a fuss.  She hardly ever barked, and mostly regarded people with cautious curiosity, and eventually deciding "okay, we're friends".  She flatly did not understand negative reinforcement - and I kicked myself every time I would get snippy at her for doing something that she shouldn't, because now there were bruised feelings and much apologizing that had to occur before she felt safe and secure again.

The thing she absolutely understood and gave was love and kindness.

Maybe ten or more times a day as I puttered around the house, she'd slide up to me and walk between my legs so I'd lean down and give her pets for a while.  Sure, we went on lots and lots of walks, and she knew the neighborhood well, and would tell you which path she wanted to go on.

But she never figured out "fetch".  In fact, some wire got crossed when Jamie tried to teach her how to play with Lucy, who was a retriever and never needed a lesson.  Scout wasn't interested in chasing a ball so much as picking one up and tossing it around, or pointing out "yes, here is the ball, I have found it".   Eventually, one of us saying "ball" became the only time she would bark.  Happily and enthusiastically, because we cheered her for it.  And she forgot the word was ever tied to her toy.*

We adopted Scout in the year after we lost Melbotis.  Lucy needed a pal, I generally believe in a two-dog house, and so we went to the ASPCA and walked around for maybe ten minutes when I saw her sitting at the end of her kennel.  I squatted down, and she popped up and came over to say hi.  Cautious optimism in all things with this dog.  In a room full of dogs banging off their cage doors, she was extremely gentle and sweet, and I figured: this dog will be good for Jamie.

But, really, she was good for me.  Mel was brilliant by dog standards, and Lucy was full of personality and demanded attention.  Scout just needed love.  And treats.  And to play.  She learned our routines and insisted upon them - up to and including 10:00 PM walks in the summer, once the sun was down.  Which kept me moving.  But it's hard to say all the ways in which living with something that doesn't understand anger or raised voices makes you better, yourself.

When we lost Lucy about three years ago, we figured Scout would be lost without her.  Lucy was the big sister and Scout followed her around.  But we quickly found out Scout was okay - she just turned up the attention she'd always given us, and seemed pleased not to have to compete, kind of coming into her own.  And, not knowing how long we had with her, that was okay.

I'll miss her gentle, polite spirit and earnest expressions.  I'm going to miss her delight at seeing me, and running right into my shins whenever I opened the door as she sought pets.  And how happy she would be when she'd slide between the coffee table and the love seat to get pets from Jamie while I rubbed her ears and face from the sofa.  I'll miss her prancing in the yard when we'd go out to spend time with her, or playing tag with her.  And, of course, the long neighborhood walks when she'd insist on one direction or another.  And in the last year when her hearing started to go, burying my face in the fur at her shoulders and telling her she's a good dog, making sure she could hear.

*our first dog, Melbotis, however, thought "toy" meant anything he particularly liked, including Jamie, as it turned out when one day I said "go get a toy" and he wandered over to Jamie. 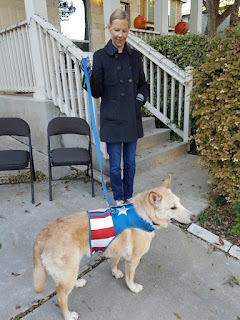 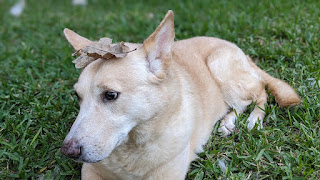 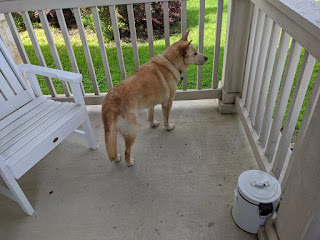 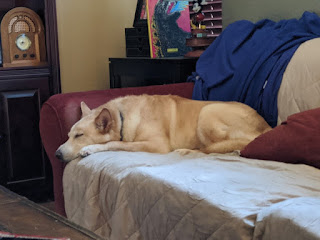 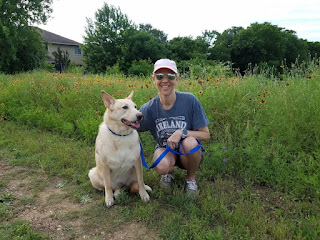 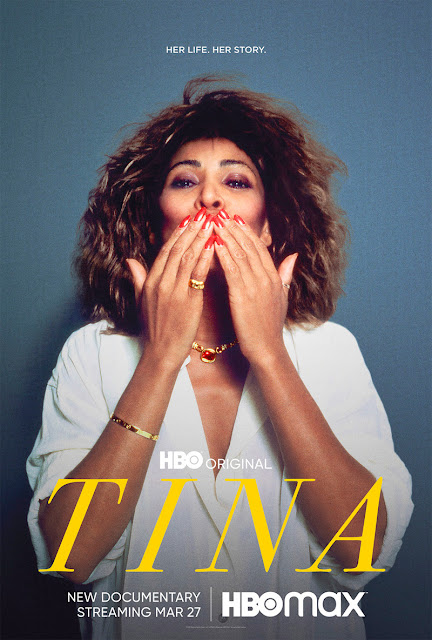 Watched:  03/29/2021
Format:  HBOmax
Viewing:  First
Decade:  2020's
Director:  Daniel Lindsay, T.J. Martin
I've never been a hardcore Tina Turner fan, but like everyone of my generation I am familiar with her work, and have some idea of her pre Private Dancer life through cultural osmosis.  The first one of her albums I ever purchased was greatest hits collection, Simply the Best because I *loved* "Simply the Best" as a song, and figured "can't hurt to own the greatest hits".  And I have no timeline of how I came to really understand Tina Turner's story.  I *do* remember watching the video for "What's Love Got To Do With It?" and my parents sort of watching in amazement that (a) Tina Turner was on MTV and (b) their kids, 9 and 11, were like "this Tina Turner seems cool".  And then my folks saying something about a creep of an ex-husband.
And, we lost our minds over how cool she was in Mad Max: Beyond Thunderdome.  And she is.  Go back and watch it.
I confess, I never had much affinity for biopics - 2 hours is not enough time to show a life, let alone how botched the movies tend to be vis-a-vis actual facts (which are always more interesting than the invention of the movie) - and I wasn't super interested in watching someone dressed up as Tina Turner get beat up for two hours.  But hearing about the movie is how I came to understand exactly how bad Ike Turner had been.  But I've still never seen What's Love Got to Do With It.
It seems I'm not alone in this opinion.
Tina (2021) is a roughly two hour doc that uses intervies, original and archival, that charts Tina Turner's course from abandoned child in Nutbush, Tennessee to living in Zurch with her dedicated husband.  And it's a goddamn shattering ride.  And, as it turns out, possibly Turner's final word on her life to the public.
Read more »
Posted by The League at 3/31/2021 12:16:00 AM No comments: 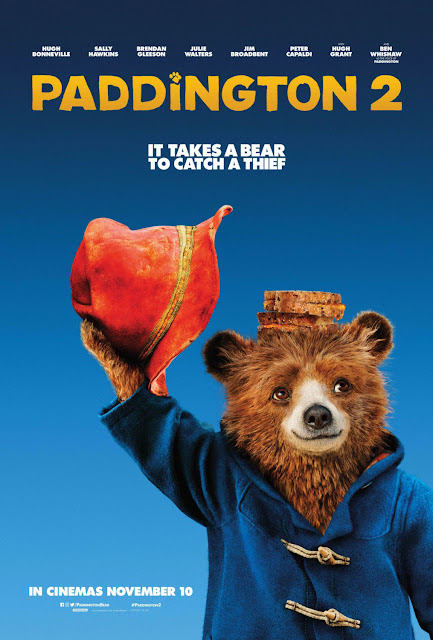 Watched:  03/22/2021
Format:  Amazon
Viewing:  First
Decade:  2010's
Director:  Paul King
For more ways to listen
Justin returns to talk a movie everyone *should* agree on, the gargantuan movie about a very small and polite bear. It bears some discussion what makes it work and what makes it stand out in a crowded field of children and all-ages film. Have a good cry with two grown adults talking about everyone's favorite fellow from darkest Peru.
The Signal Watch PodCast · 142: "Paddington 2" (2017) - A Canon film discussion with JAL and Ryan
Music:
Winsdor Gardens - Dario Marianelli, Paddington 2 OST
Rain on the Roof  - Hugh Grant, Paddington 2 OST (originally Sondheim, Follies)
Signal Watch Canon:
The Signal Watch PodCast · The Signal Watch Canon