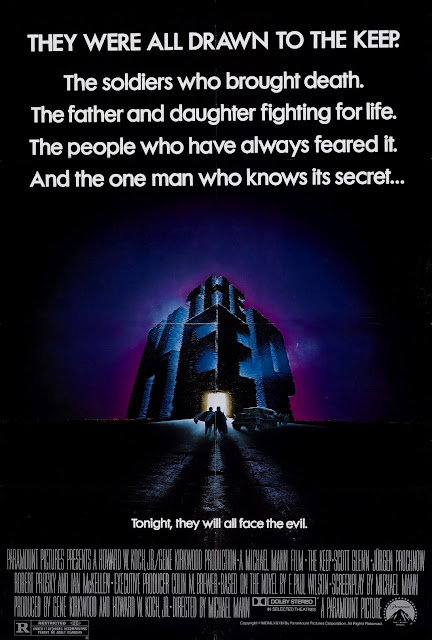 Absolutely No One:
Me:    So, we're gonna watch "The Keep"
Say what you will, but this movie is definitely The Keep.  Directed by Michael Mann, starring Ian McKellan, Gabriel Byrne and Scott Glenn, it's about a bunch of literal Nazis taking over a Romanian village and holing up in the castle/ keep in the middle of town.  Only... the keep isn't there to keep people out, it's built to keep something in.
I hope you like Tangerine Dream, because Michael Mann did.
Day:  Friday 02/18/2022
Time:  8:30 PM Central, 6:30 Pacific
Format:  Amazon Watch Party
Cost:  $3
CLICK HERE TO GET GROOVY WITH THE KEEP
Posted by The League at 2/18/2022 08:08:00 PM No comments: 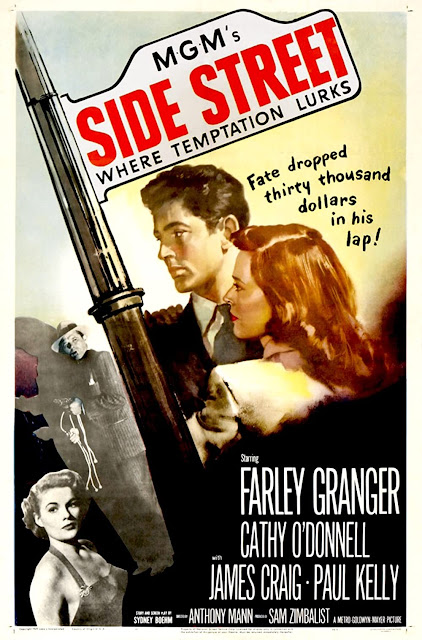 Watched:  02/13/2022
Format:  Noir Alley on TCM
Viewing:  First
Decade: 1950's
Director:  Anthony Mann
For people familiar with New York or New Yorkers, I'd think this movie would be a kick.  It's filmed partially/ mostly on-location in NYC circa 1950, and they don't skimp on showing the city, including some nifty aerial photography I hear was done from a blimp.
Side Street (1950) is a dead on example of film noir.  Our central figure (Farley Granger!) is in a kind-of-bad-way to begin with, makes a decision to try something he knows is maybe a bad idea (bad risk/ reward calculation), and - indeed - things get out of control.  And there's a good looking woman in a great dress who is nothing but trouble thrown in for requisite contrast to the safe harbor of the idealized domestic situation.
I'm a big fan of They Live By Night, a different movie about our stars Farley Granger and Cathy O'Donnell as young lovers in a jam.  I'd suggest both films, but I'd watch this one second.  There's nothing wrong with it at all, it just didn't hit me as hard as They Live By Night, which is like a bowling ball and I'm a pin hanging out by my lonesome on the alley.
Read more »
Posted by The League at 2/18/2022 12:52:00 AM No comments: 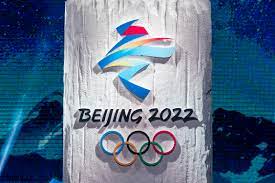 For more ways to listen
Jamie and Ryan delve into the coverage of the 2022 Winter Games, what's getting a gold medal, what looks like the agony of defeat. We'll talk about the weird nature of the games, why it looks weird to us from below the Mason-Dixon line, and a host of other, rambly topics. Join us for the inaugural "Signal Watch Sports Talk"!
The Signal Watch PodCast · 184: "Winter Olympics 2022" - Signal Watch Sports w/ Jamie and Ryan
Music:
Laff-a-Lympics - Hanna Barbera 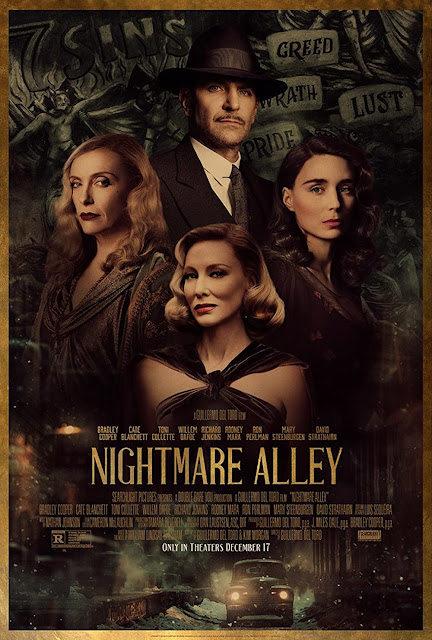 Watched:  02/11/2021
Format:  HBOmax
Viewing:  First
Director:  Guillermo Del Toro
I've seen the original Nightmare Alley from 1947 a number of times.  I'm sure you can dig through the archives of this here site and find mentions, but what I would say is that on repeated viewings, for a movie that was so... grim and off-kilter, I felt compelled to rewatch the story of Stanton Carlisle and the worlds between which he moved.  And I found myself increasingly blown away with each viewing.  Today, the 1947 version is included in the pile of movies I would request to have when stranded on an island with a bluray player and television.
It was with some trepidation that I heard that director Guillermo Del Toro had taken on the movie for a remake, and that with writer Kim "Sunset Gun" Morgan, he'd be adhering more closely to the novel.  I have flat out not liked some of Del Toro's films (Pacific Rim) and not understood the hoopla around others (The Shape of Water).  But had enjoyed some of what I'd seen, which wasn't a lot.
Read more »
Posted by The League at 2/16/2022 01:25:00 AM 4 comments:

Ivan Reitman Merges With The Infinite 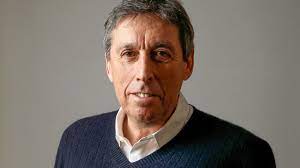 Maybe one of the most quietly influential directors and producers of the last fifty years, Ivan Reitman created an incredible number of movies adored across generations.
I'm totally shocked, and I know everyone who hears about this will also be stunned and saddened.