Barbara Walters Merges With the Infinite 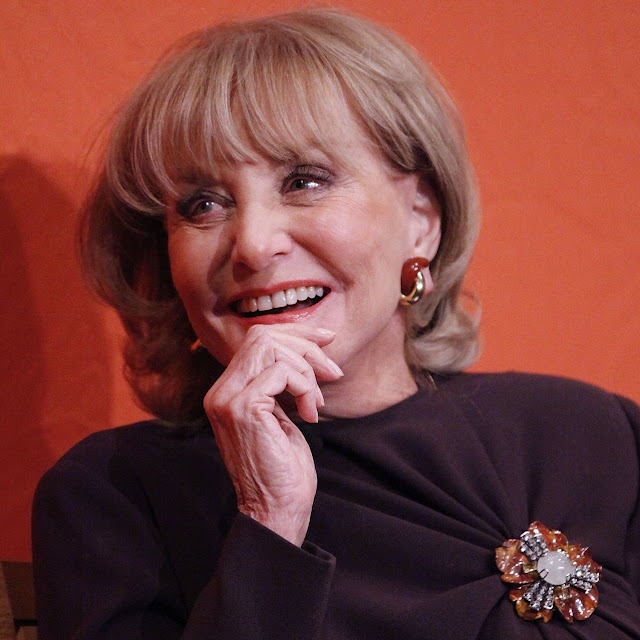 Journalist and television personality Barbara Walters has passed.
By the time I was aware of who was on TV, Barbara Walters was already an institution.  What I didn't really appreciate til college was what a pioneer Walters was.  There were other women in the newsfield, certainly, but Walters had become a national figure, hosting the national news and then becoming the person who had the most important interviews on television (that used to be a thing that was part of journalism before Oprah made soft-ball interviews her bag).
Through countless stories delivered, interviews, and - of course - establishing the TV hot topics program The View (back before the show was about talking about the show itself, it was intended to discuss current events) - Walters brought the world to people's living rooms for decades.
Posted by The League at 12/31/2022 09:44:00 AM No comments: 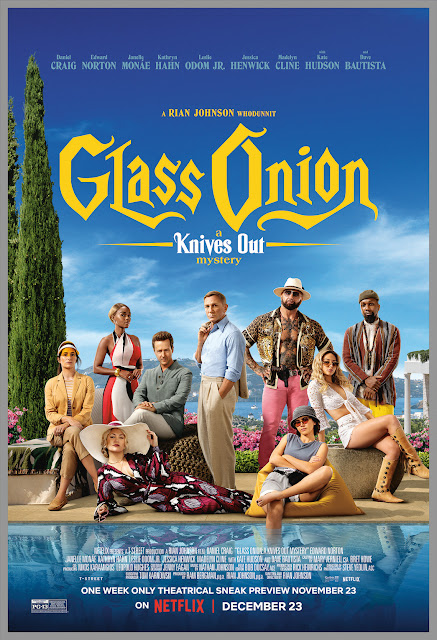 Watched:  12/29/2022
Format:  Netflix
Viewing:  First
Director:  Rian Johnson
I don't really know how to talk about this movie.  A podcast would be better.
This was a very, very good film.  But we knew that going in, I think.
Look, I've never seen a movie by Rian Johnson I didn't like.  His turn to becoming the cinematic Agatha Christie of the 21st Century is more than welcome in a landscape of movies that - in lieu of being about superheroes - have mistaken drudgery and being sad and/ or tortured as film for grown ups.  Sometimes you just need a clockwork mechanism of a mystery movie with deeply charismatic talent, an amazing backdrop, and a satisfying ending.
But the movie isn't just (remarkably) well written.  It's hard to argue with the cinematography and choice of locations, which gives the movie a unique multi-level perspective.  And, of course, editing.  There are a lot of characters, a lot of parts, a non-sequential timeline and a sprawling geography to the main location.  It's a remarkable feat to see how this all still makes perfect sense.
Anyway, I'll either podcast it later or give it a go with a longer write-up.  Maybe.
In the meantime: recommended.
Posted by The League at 12/30/2022 12:04:00 PM 4 comments:

Watched:  12/28/2022
Format:  HBOmax
Viewing:  First
Director:
I dunno.
This doc is weirdly under-developed and under-researched for something that's getting a fairly well-promoted release on HBOmax.  If I was Perry White to this team's Lois Lane, I'd say "you have a lot of facts.  You haven't proven anything and there's no story.  Get back out there."  The doc feels like it's something handed in at a deadline, not something actually something complete, and the final bit that tries to give Miss Cleo absolution feels like the last great con a successful con-artist pulled from beyond the grave.
Maybe the spirits DO talk to us!
But you'll get more facts without any of the tediously dramatic build up out of the anemic Miss Cleo Wikipedia article.  Somehow the doc misses that she had a child?
Read more »
Posted by The League at 12/28/2022 05:28:00 PM No comments: 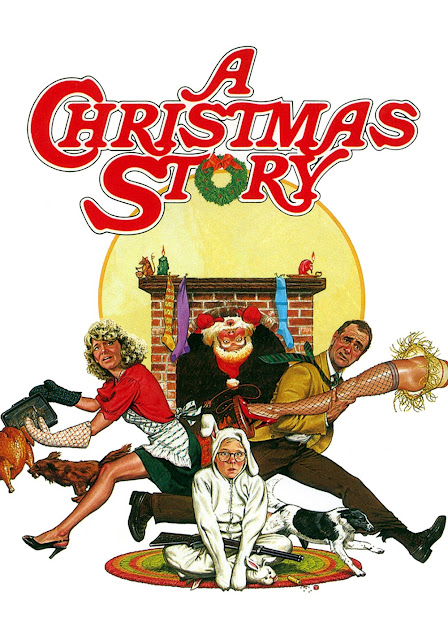 Watched:  12/24/2022
Format:  TNT, baby
Viewing:  ha ha ha ha
Director:  Bob Clark
No real need to write this up.  Annual watch of Christmas Story (1983) as we wound down from Christmas Eve festivities.
Way, way back at episode 34, Laura and I talked about this movie as our very first Christmas episode ever!

A Century of Stan Lee 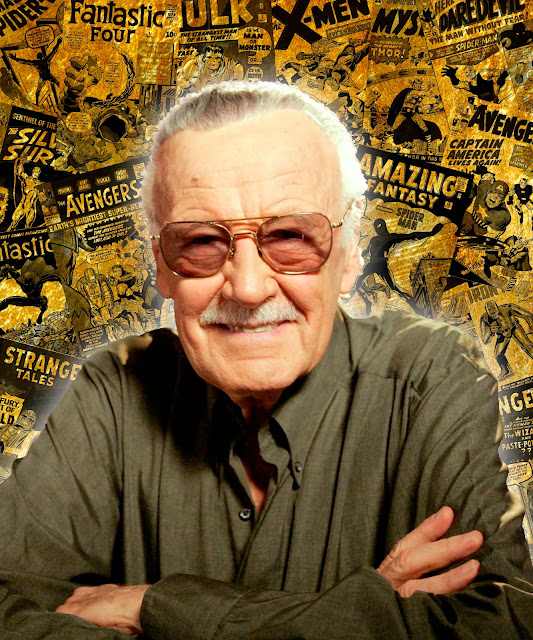 Today marks the 100th birthday of Stan Lee.
It's hard to measure the impact of Stan, but it's sure looking like Stan, Jack and the Merry Marvel Bullpen may be among the most important and influential writers and artists of the past century.
Among comics fans, Stan's legacy and life are hotly debated, but there are a lot of versions of the truth.  I understand the various viewpoints, but life is complicated and if anyone understood that and related it in a medium often caricatured for its simplistic morality plays, it was Stan.
When I think of Stan, I think of a guy who wanted to push a medium reeling from years of being a political pinata, that had become a punchline and a disgrace for many in America, and tell stories that were both wondrous and relatable.  That's not nothing.  Making gods feel like people you could talk to is no mean feat.  And, of course, the Mighty Marvel Manner of storytelling he pioneered with his colleagues has come to define how we tell serialized stories, inter-connected stories, and allowed for flawed and multi-dimensional characters.
In the end, this meant Stan helped push the medium to become something of interest to older readers, college kids and created the life-long comics reader and fan and make the fantastic something that climbed out of the kiddie-lit gutter and into the mainstream - even if it meant getting off the newstand and into theaters, like he'd worked towards for decades.
Like all lives, Stan's was complicated.  The amazing, explosive success of the Marvel Universe of characters didn't come until Stan was on the edge of retirement - after decades of trying.  It took a generation of kids raised on Stan's characters in television, cartoons, comics, t-shirts and toys to become adults and start making the movies we always knew were possible - because those characters truly did inspire us and make us want to be better people.
Posted by The League at 12/28/2022 09:08:00 AM No comments: 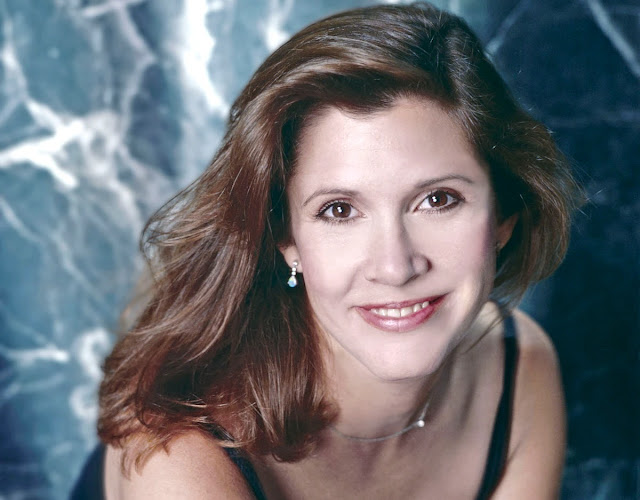 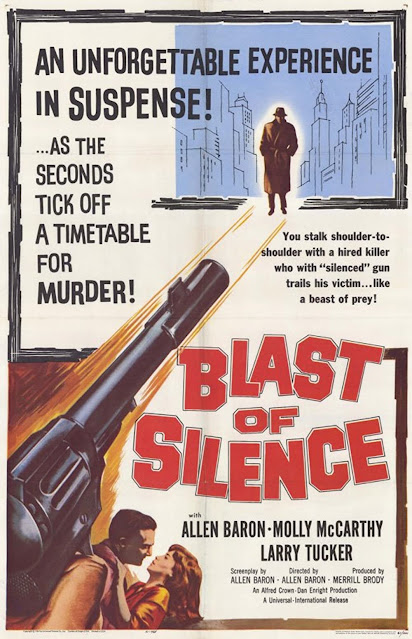 Watched:  12/24/2022
Format:  TCM
Viewing:  First
Director (Writer, Starring):  Allen Baron
SPOILERS
There are a lot of movies about lone assassins being lonesome and weird and (spoilers) meeting their end.  It's frankly shocking how well this formula works.  Honestly, once you see "oh, this is about an assassin and it's not a major studio release?" you can swiftly follow that with  "Well, he'll die at the end."  Because there's something inevitable and inexorable about the very set-up.  If someone is selling you "noir" and it's about a hitman and the hitman isn't dead at the end, you can ring the shame bell.
So it becomes less about "what are they doing?" and more of "how are they doing it?" and - if I can ask - "what are they saying?"
Read more »
Posted by The League at 12/26/2022 10:52:00 AM No comments: 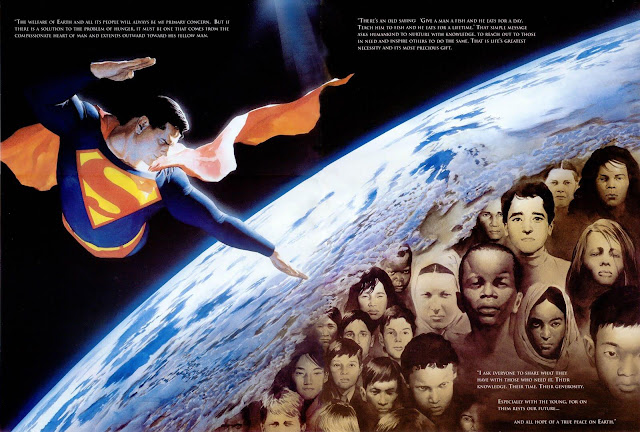 Merry Christmas, pals!  May you have peace today, and may you share it far and wide in the coming year!