Kenny Baker Merges With The Infinite 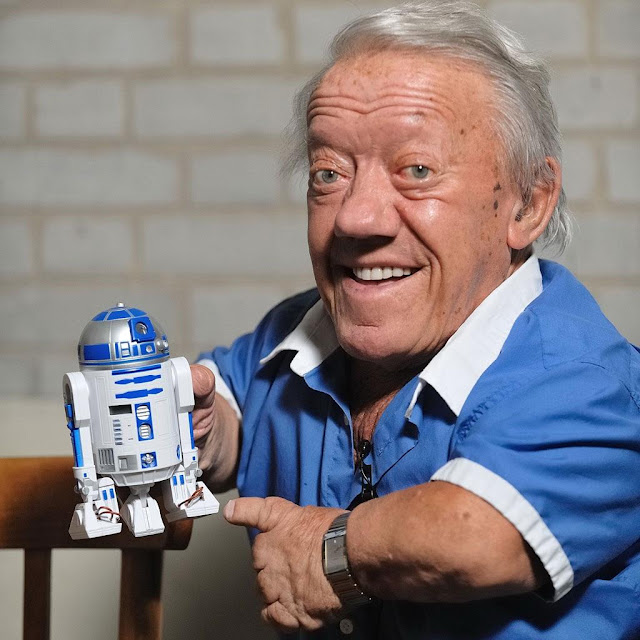 The Guardian is reporting that actor Kenny Baker has merged with The Infinite.

From a very young age, I was aware that there was a guy sitting in R2-D2 and driving him around, and like most everyone else, I suddenly got why the trashcan had so much personality.  There was an actual person putting actual thought into what was going on with that bucket of bolts.

Baker appeared in a lot of genre film, and seemed to be game for re-appearing as R2 in both film and in TV specials.

By the time The Phantom Menace rolled around, the technology was there to let Baker drive R2 around via remote control, and that continuity between the movies and R2's was a highlight of the prequels for me.  I mean, who doesn't like R2-D2?

New Trailer for "Star Wars: Rogue One" Is HERE (and looks @#$%ing awesome)

Blogging Slow Down - The Olympics Are On 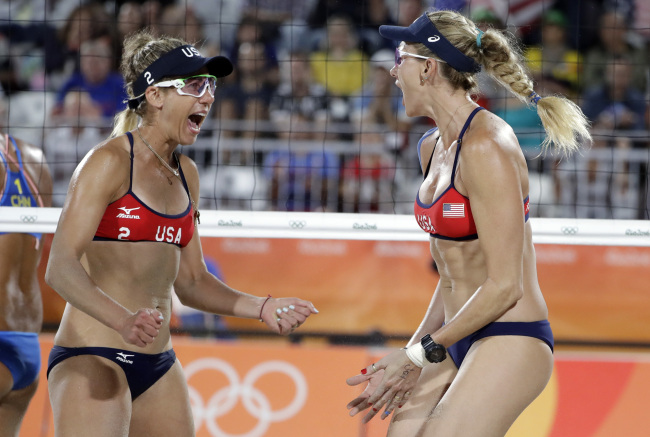 It's that time again.  Every two years I disappear for a bit as the Olympics come on and we slow our TV and movie watching to make time for sports we normally wouldn't watch if you paid us.  But not Beach Volleyball.  I always watch Beach Volleyball if its on.  We can make jokes about the uniforms being less than modest, but Kerri Walsh Jennings and new partner April Ross are amazing.  Tune in.

Jamie is also a fan of gymnastics, and if you don't like your athletes standing over 5'10", I have good news for you.

And as Jamie long ago determined - after Beach Volleyball, I really, genuinely enjoy track and field coverage.  Which is weird, because UT has a great track and field program, but I never, ever go watch and we put people on the team every four years.  Go figure. 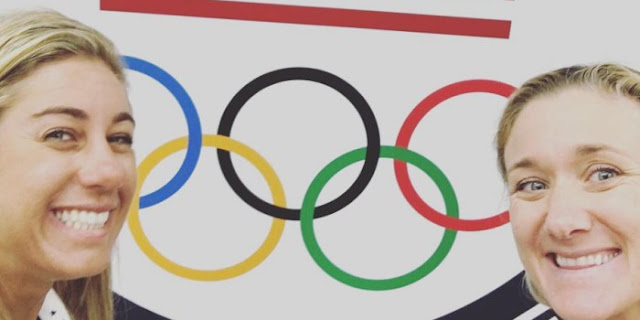 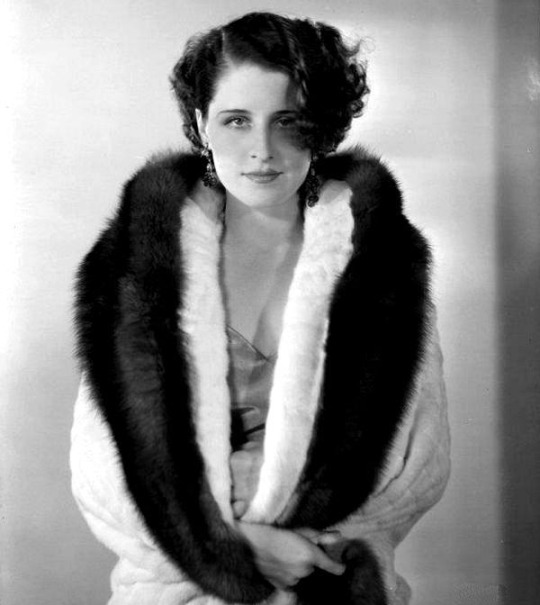 August 11th marks the 114th birthday of actress Norma Shearer, an actress of the Golden Age of Hollywood. I've seen a few of her movies, both silent and talkies, and she was a remarkably talented woman.

And she had one of the best profiles in movies. 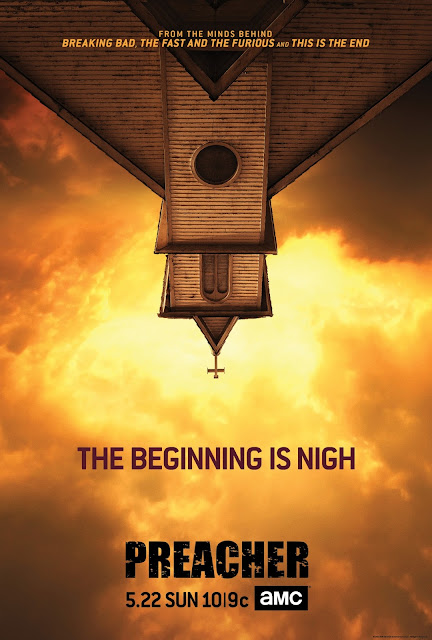 At the beginning of the 1990's, I almost bailed on comics.  If you want to know who kept me coming back I can throw a bunch of names at you of authors and artists, but the real force bringing me back to the funny book store was editor Karen Berger, the mastermind behind the 1993 launch of Vertigo comics.

A lot of people say a lot of negative things about the comics industry in the 1990's, and if you consider what was going on in many corners, they're not wrong.  I was avoiding shiny and holographic covers, watched unknown companies try to launch whole universes in one shot and avoided the Scarlet Spider stuff like the plague.  But Berger was the one who saw the potential for what comics could do, saw the potential in then little known writers, was flexible about what could appear in a floppy comic, and she may be the least risk-averse person to ever work at the Big 2.

After successes with Wonder Woman, Legion and other titles, she shepherded several cutting edge titles that eventually set up shop under the Vertigo imprint.  She gave Sandman, Swamp Thing and Hellblazer a home, nurtured and loved both the titles and creators, and resurrected dead IP at DC Comics (Kid Eternity, The Tattooed Man, Shade: The Changing Man) while also letting creators bring their own, fresh ideas to the Vertigo.  In an era embracing what had been counter culture  as we coined such terms as "Alternative Music" and put a groovy coffee shop on every corner, the company that put out Superman was also putting out The Extremist and Transmetropolitan.

Just imagine a young and hungry Neil Gaiman, Grant Morrison, Warren Ellis...  And, of course, Garth Ennis.  In many ways for which she will rarely be given the credit she deserves, Karen Berger gave us Preacher.

I need to tidy my office

My new phone has a feature where it can capture a "panorama". It basically can capture a bunch of pictures and stitch them together. Really, it's pretty neat.

I've posted pictures of my office before (The Fortress of Nerditude), but it's a lot of close-ups and whatnot. Hard to see it as it is. And how it is, is in deep need or some cleaning and organization.  And, yes, it is a bastard to dust and keep clean.

Anyway, I was playing with my phone and took some quick pics today and was generally pleased with the final result despite the fact it demonstrates I need to clean. Thought I'd share. 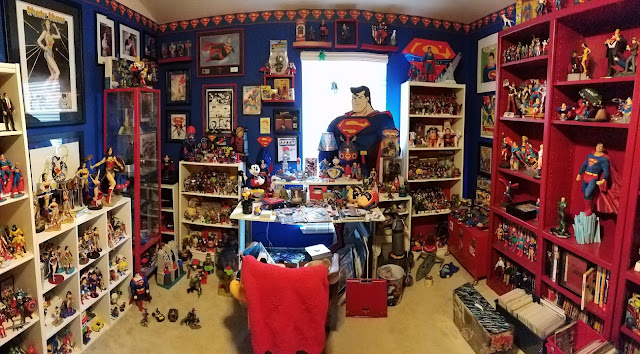 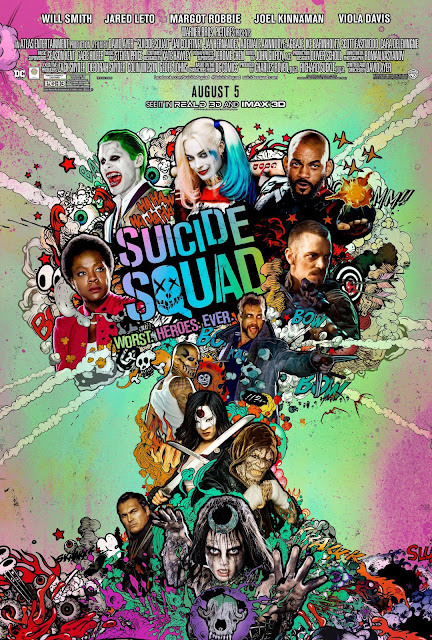 Now, I don't say that lightly, and I obviously don't include "bad movie" fodder like The Room, Birdemic and other grasp-longer-than-reach independent efforts.  Rather, there's a special place in movie-going hell reserved for huge blockbuster movies with gigantic budgets for production and marketing that have been corporate committee'd to death.

I didn't show up at Suicide Squad wanting to dislike it.  I'm a grown-assed adult, and if I don't want to see a movie, I won't.  Heck, I could have skipped the movie with a refund before it rolled (and I thought about it after seeing the reviews).  The movie was sold out and people would take the seats.  I could have had a nice beer on the porch at the theater.

I am, of course, not a DC "hater" and am more than happy to discuss DC comics, associated media and lore at length.  In short, don't make me embarrass you, kid, when you come at me to explain the movie.

For decades I've read DC comics, watched TV shows - good and bad - read non-fiction histories of the characters and industries.  And, in this era I just want for DC to make a movie that isn't a trainwreck, and - while I've not seen BvS - that doesn't seem to be happening.

There's probably a competent movie somewhere in the footage and scripts that led to the product that is Suicide Squad (2016).  Director David Ayer has a respectable filmography as both writer and director, and on IMDB, he's listed as the sole writer and director, but...  well, it's Warner Bros.  I mean, they say a lot about being a "director's studio", but if you believe that the suits had nothing to do with how this movie wound up, I have some beachfront land in Arizona to sell you.

I have no doubt the folks who've already branded themselves as DC movie fans (and as carriers of true fandom for these characters) will like the movie as it follows a certain line of thinking that has so far appealed to that audience and basic issues with story and structure didn't deter them with Man of Steel, and from what I've heard about BvS, even more so.   It is in no way short of wanting to be hip and edgy like an Ed Hardy shirt or vape booth at the mall.

It's a movie that does not know the rule of "show, don't tell" - it doesn't trust the audience to follow a story, delivering character and action in literal bullet points.  Mostly, though, the film is presented in such a way that the errors and issues were so large and as consistent as gunfire throughout the movie, that it's impossible to stay with the movie rather than just cataloging the issues as they pop up, one after another.

At almost every single thing this movie attempts, it misses in big and small ways, with the unsurprising exception of the Will Smith as Deadshot storyline (Big Willie carries too much clout in Hollywood to not come out of this still intact, and the charm I'd nearly forgotten the man has on screen fills in a lot of gaps that the movie leaves there for virtually every other character).  Whether it's the much derided musical accompaniment, the nonsensical story bits left in place after the editors were done, the odd choice of villain and scope of the mission, or why everything in the movie felt like it needed to be doodled upon from the frame of the film to Margot Robbie's face to Will Smith's collar.

This movie is a @#$%ing mess.  And, no, it's not even really a "fun" or "enjoyable" mess at that.  Maybe "a distracting two hours where you'll ask yourself a lot of questions about why they made a lot of decisions the way they did."  That kind of mess.