As a kid I remember not exactly loving this movie.  At the time, I thought it was kind of boring and anti-climactic.  As of last night I kind of think that, like the ship the boys fly in during the movie, it's also a mess assembled out of used garbage piloted by people who have no idea what they're doing.

For example - when you title your movie Explorers (1985), you may want to try including the concept of "exploration" not getting hi-jacked briefly before coming right back home. 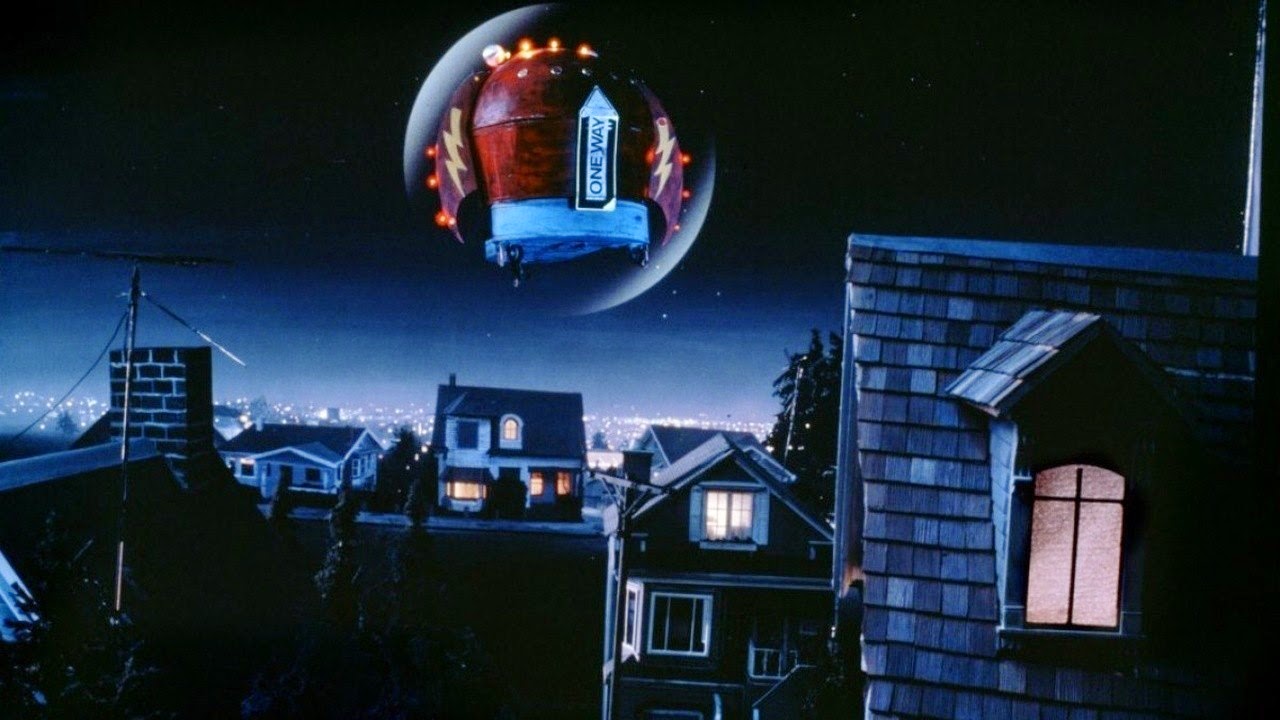 I don't mean to be so harsh, but, man...  Back in the 1980's, an era that brought us E.T.: The Extra-Terrestrial, The Goonies, Monster Squad and other movies about adolescents getting caught up in a magical world of imagination and adventure and maybe learning something about empathy and themselves along the way, this movie ended up as a bit of a renter after not really doing great at the box office.  And it seemed like it should have been great.  Kids doing it for themselves.  Computers.  Space travel.  Aliens!

It feels like this movie kind of knew what the pieces were that went into these coming-of-age movies, a genre enough unto itself that the 2011 JJ Abrams movie Super 8 sought to recreate the feel.  The films required a backdrop of kids not doing great at home - divorced parents, dead parents, grieving or troubled parents.  But the parents were present, if a bit distracted.  The 80's gave us kid rooms that were messy that contained things real kids' rooms of the era might contain like mangled comics, toys, posters strewn around.  Kids weren't particularly nice to each other, even as friends.  The lead would maybe have a crush on some nice girl who wore lots of purple or pink.  And, these were never the cool kids.  They were average, or maybe a little nerdy.

Sure enough, Explorers features 3 outsider kids - the romantic sci-fi nerd (Ethan Hawke), the science-minded nerd who other kids just want to beat the crap out of (River Phoenix in dad-glasses), and the Junior John Bender (the guy you never heard from again but who is actually better than Ethan Hawke in this movie) team up to float around in a pile of garbage inside a space marble and then....


Sometime in the next several months, CBS is slated to bring Supergirl to the small screen.  Look, I'm a Helen Slater guy from way back, a casting decision I will always support even if Supergirl, as a movie, has... complications.

In the comics, I'm really a fan of only a few eras of Supergirl, if by Supergirl you mean Kara Zor-El and not Cir-El, Matrix/ Mae or Linda Danvers (but, look, I will always support Linda Danvers, and I'm irritated she's mostly forgotten, because today's fangirl community would love her as some sort of Supergirl).

Straight up, I'm a Silver-Bronze Age Kara Zor-El fan when she was portrayed as bright, perhaps naive, but eternally optimistic teen and college kid.  With a flying cat and horse that she sometimes dated.*  If Supergirl isn't trying to see the best in everyone and trying to save the day while she basically fights with identity issues Clark Kent doesn't spend too much time pondering, she isn't really Supergirl.

I have to say, I think I'd really enjoy this take on the X-Men at this point in the franchise.

What if Wes Anderson directed X-Men? from Patrick Willems on Vimeo. 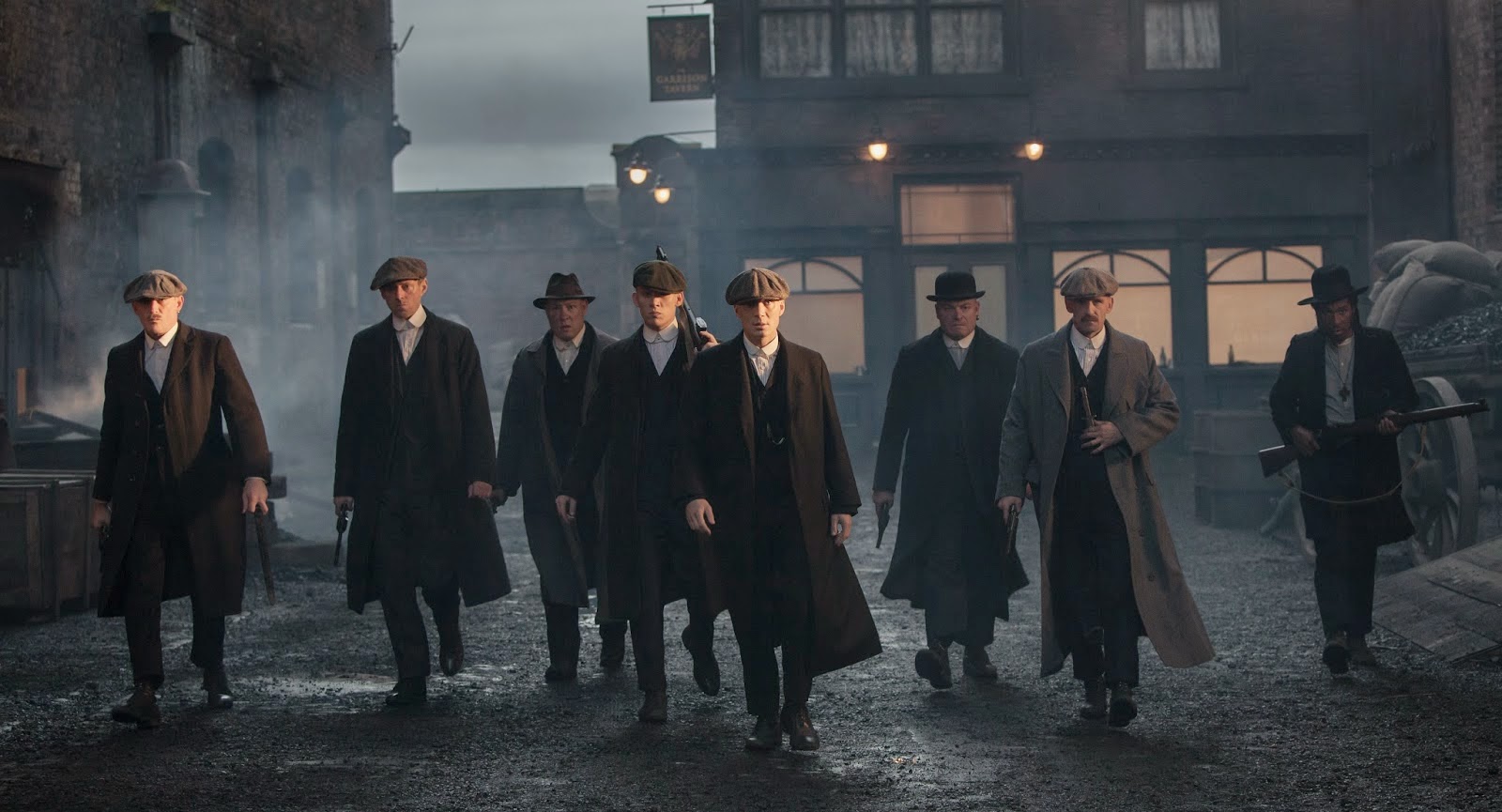 On March 2nd, 1836 in the town of Washington on the Brazos (no, really), a group of Texans cooked up a Declaration of Independence, breaking with Mexico and establishing Texas as a Republic.

Now, people do this all the time, but history will tell you that it only really counts if you're successful.  Otherwise, you're usually a footnote and a shallow grave.  Weirdly, the scrappy refugees from polite American society who had migrated into Texas wound up winning their brief war for independence after getting essentially massacred at The Alamo but doing pretty well at Gonzalez and Goliad, thank you very much.

On April 21, 1836, the Texian army, under the command of Sam Houston, caught up with the Mexican army, who seemed to believe that if they were behind enemy lines, so long as they were sleeping, it was a "time out".  The Texians stormed in, and in about 30 minutes soundly defeated the Mexican Army and General Antonio de Santa Ana, taking him prisoner.

I don't believe it either, and I live here.

Texas expected to become a state, but the balance of power in the US made this a challenge - as admitting a new slave state would make things awkward - and the concern over sparking a real war with Mexico meant that Texas would remain an independent Republic for 9 long, extremely poor years.

So, take that, Ohio.  You were never your own country and you never fought your own war with generals and cannons and everything.

Texans would go on to become obnoxious, but everyone would move here and keep letting our crackpot politicians drive the national political conversation.

So, like a month ago I started watching this movie on a DVD I'd picked up, and got an hour into it and the DVD fritzed out on me.  So I got a replacement copy from Amazon (seriously, their return policy is the bees knees), and finally got around to finishing the movie this evening.

I am not sure I'd recommend High Wall.  By far the best feature of the movie is that it stars Audrey Totter as a psychiatrist who is not afraid to monkey around with experimental brain surgery and the liberal application of medication.  It's only marginally noir, in my book.  More of a suspense thriller with noirish undertones. 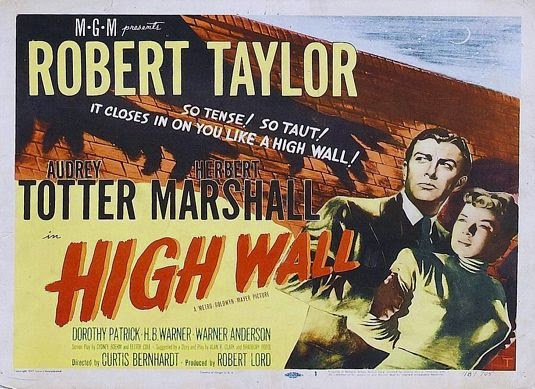 Basically, the movie is about a guy who probably really is, at the very least, unstable following his return from WWII, who comes home to a wife he married in the fog of war, only to find out that she wants someone pulling in more bucks than he's worth now that he's not drawing a military salary.  He leaves for Burma to fly cargo and send home paychecks.  When he comes home, he may or may not have killed his wife, who he figures is schtupping her boss - a kind of sleazy dude who happens to be overseeing a Christian Book publisher.

It's all very sordid.

As we say good-bye to Leonard Nimoy, I wanted to give one of the Star Trek movies a whirl.  And Star Trek IV: The Voyage Home seemed a good choice.  It's lighter, was directed by Nimoy, and has a strong character thread for Spock.


I'm actually a fan of Star Trek: The Motion Picture, not the least because it truly felt like an episode of the original show taken to its logical extreme - exploration leading to realization of some greater truth about humanity, etc... And the direction by Robert Wise is impeccable.  I'm also a fan of Star Treks II and III, both great action movies, expanding on the ideas from the TV series, both the commentary of The Star Seeds and the pioneering science you'd see Kirk and Co coming upon from planet to planet, episode to episode.

Star Trek IV, of course, picks up the threads of II and III and completes a trilogy of related movies, sending the crew of the Enterprise home to face court-martial for the events of the prior two movies.  Spock has returned to life in the events of III, and keeps up a stoic as he finds his footing.  And, of course, the world will end if we don't travel back into the past, enjoy a Michelob and grab some humpback whales.  Returning to the roots of Trek, Star Trek IV sets up a conflict that can't be resolved with phasers or photon torpedoes, setting up what a wacky adventure for our faithful crew in the 1980's.

Of course, y'all don't need a plot synopsis of Star Trek IV.

And, of course, it's not like I haven't written about the movie before.

This movie marked another evolution in Spock's character - the movie where he fully accepts his human nature and the inherent illogic of humanity as part of his own nature.  His mother's reminder that his friends have substituted the "needs of the many outweigh the needs of the one" was ignored to save him, he in turn applies to the comatose Chekov.  And he embraces the human notion of "guessing" rather than working from facts and numbers.

It's not the A Plot of the movie, but it's interesting to see what must have been on the minds of Nimoy and Harve Bennett, who acted as story developers but also as Director and Producer, respectively (for you kids who weren't around yet, saving the whales was kind of a big thing back in the '80's).