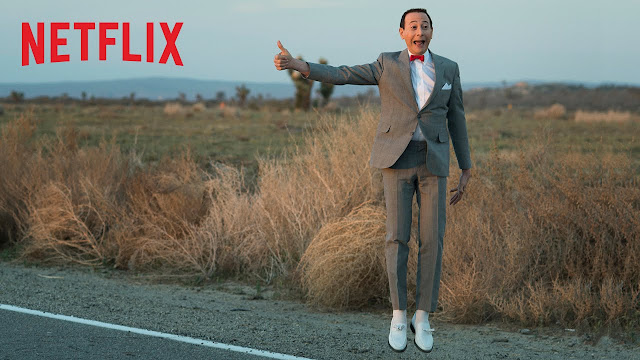 As Netflix continues its move to "purveyor of original, on-demand content (and some other crap)", they've done a fine job of finding content and talent that folks have a fondness for and bringing it back.  Your mileage will vary on these projects, but you have to admire the full-blown production values of the projects.  How the hell they do Daredevil on a a TV budget still blows my mind - and I assume that show costs a whole lotta dough per episode.

We haven't seen much of Pee-Wee Herman since the conclusion of the fantastic Pee-Wee's Playhouse, a highlight of late-80's Saturday morning TV.   Pee-Wee actor Paul Reubens was embroiled in a minor legal snafu which - in a very different era - did some damage to his career.  I dunno.  I was in high school at the time it happened, but I didn't really get what the big deal was.*

To Sterling Hayden on his 100th Birthday 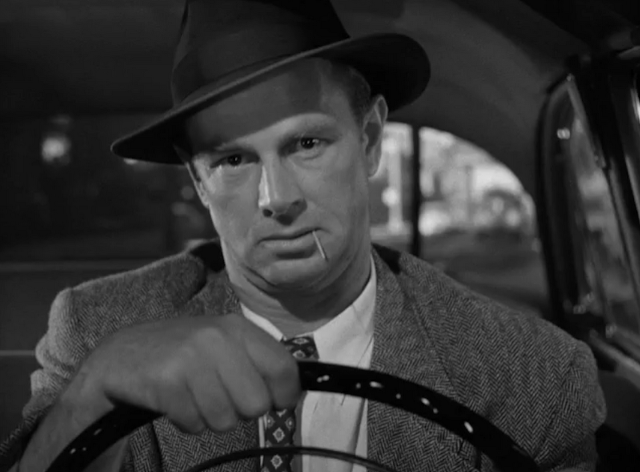 Short of Harrison Ford, there aren't too many actors I look at and think "that guy is so cool.  I wish I were that guy."  But, yes, Sterling Hayden is absolutely one of those guys.  Maybe throw in Alan Ladd.

Today marks the 100th birthday of Sterling Hayden, the tall, tough-guy actor in two of my favorite noir movies of all time, The Killing and The Asphalt Jungle.  Of course, he was also the whacked out General Jack D. Ripper in Dr. Strangelove and Capt. McCluskey in The Godfather.  And, for extra credit, he was in Johnny Guitar (as Johnny Guitar), mooning over a pancake-make-upped Joan Crawford.

Here's an article in The Boston Globe celebrating Hayden.  He sounds like maybe he was a difficult man, but I respect anyone who ran away to sea at 17 to sail the world and was in the 20th century up to his elbows as much as he was.  He was a goddamn commando in the OSS!  He flirted with being a Red!  He hated acting and just wanted to be on boats!

If you've not seen The Asphalt Jungle, do so now.  It's got Monroe in an early role, it's directed by John Huston, and has Jean Hagen in a heartbreaking role as Doll.  And, of course, Hayden as Dix, the heist man who just wants to get back what his family lost in Kentucky.  Failing that, watch The Killing.  Which is early Kubrick, features a platinum Marie Windsor, Elisha Cook, Jr. and a host of other perfectly noir faces.

Gen-X Recollection project - Here's what we've got, but we need more!

So far, so good on the "Before Comics Were Cool - The Gen-X Recollection Project" feature we've been working on here at The Signal Watch.  And by "we", I mean you guys.  I can't tell you how much I appreciate everyone's participation, and the folks who've stepped up to say they'd like to participate.


Now we want YOUR STORY.

If you still want to participate - GREAT!  This is an ongoing feature and we welcome any submissions, any time.  Just read the guidelines and send something in!


Happy Birthday to Jamie, our very own Lois Lane here at The Signal Watch.

Y'all wish Jamie the best of birthdays.  I am without words to express how much I love her and how much she means to me.

Garry Shandling Merges With the Infinite 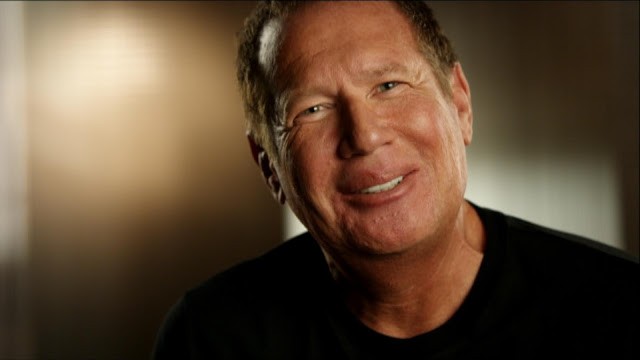 I'm very sad to say that comedian Garry Shandling has passed at the age of 66.

Garry Shandling was pretty terrific and we're sorry he went so early.  When we were kids, we actually loved his show on cable (maybe a little adult for us, but it was the 1980's), which had a kick-ass theme song.

Before Comics Were Cool - The Gen-X Recollection Project: My Brother! Jason S.

My brother, Jason "Steanso" Steans has decided to show up and get his two-cents in before I have a chance to set the record properly.

There's no doubt that having an older brother was an advantage in getting introduced to things a couple of years before others of my peers and friends.  Jason's almost exactly two years older than me, so we were in the same school sometimes, and close enough in age that we shared interests and did a lot of things together, even if I was on the losing end of any brotherly fist-fights over the years.

When it came to sci-fi, in particular, while growing up, we were often of one mind on what we liked.  We usually had to jointly agree on what movie we were renting until some time in high school, so we had moments like the time we decided to just spend the summer watching James Bond movies.  But he also was the person who told me to check out Evil Dead, brought home a lot of sci-fi classics from the video store, and, as he'll mention, was key in my transport to the comic shoppe once he had a driver's license.

He got into some things I didn't care about, and I was always more of a comics devotee than him.  And he's always been more willing to try on sci-fi TV shows than myself.  But to this day we compare notes on movies and TV, even if we're watching them on separate sofas in our respective homes.

He'll never mention it, but in high school he won a state-wide award for his short story, Death of a Netrunner, his, ahem, homage to the Cyberpunk works of Bruce Sterling, et al.

Here he is.  My brother and nephew, two of my favorite people.

What was ground zero for you getting into comics/ science-fiction/ fantasy? About what year was that? Do you remember what was going on in your life?

I don’t honestly remember a time without comic book characters in it. I remember watching the old Batman TV show in syndication when I was like 4 or 5. I remember running around in a Superman Cape while Ryan wore his Batman cape (yes- he used to favor Batman!). I got story books of each of the Star Wars movies and read them so that I already knew the plots when the movies came out. I remember playing Dungeons and Dragons (but probably not getting the rules quite right) in the third or fourth grade. Some of my first driving experiences were to take my brother and one of my friends to comic book shops and comic conventions.

No Country For Old Men: Let's talk about Superman vs. Batman (and initial reviews and whatnot)

All right. The first reviews are in for Superman vs. Batman: Dawn of Justice, the much-hyped sequel to Man of Steel that, just there in the title, tells you how little faith Warner Bros. had in their desire for a stand-alone film franchise after making a terrible Superman movie in 2013.

Thanks to Randy, today I've also been thinking about actor Tommy Lee Jones. 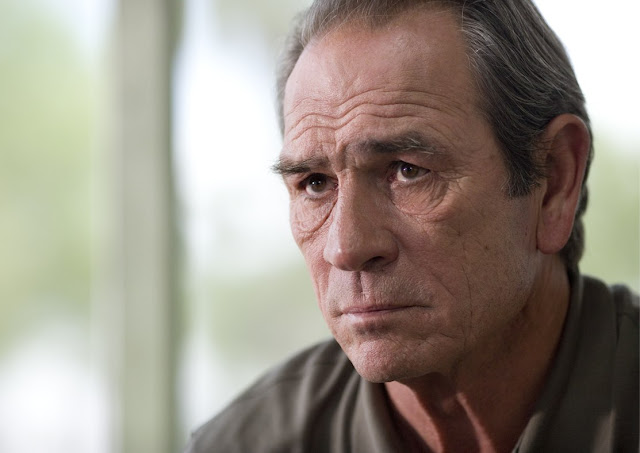 How does one wind up with a face like Jones'?  There's a lot going on in that mug.  A lot of years written in the lines, the burned in look of disappointment.  How does one look that tired, that certain he's seen it all, and... yet... still confused how it keeps happening?  And, more so, the certainty it's going to happen again etched upon his brow.

Randy sent me a quote from an interview with Howard Stern, discussed in this article at Cinemablend, that detailed how much, apparently, Tommy Lee Jones hated Jim Carrey, who worked with him on Batman Forever.  Upon meeting Carrey, with whom he was to work the next day, Jones told Carrey:

"I hate you. I really don't like you…I cannot sanction your buffoonery."

That is a man with nothing left to lose and no time for antics.  And that was 20 years ago.

At best that's tangential to why I'm thinking of Jones and his face.  But it informs it. 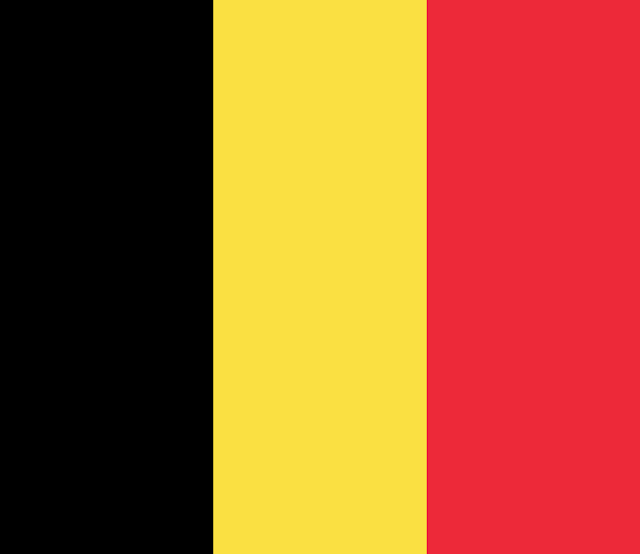 We'd be remiss if we did not mention the attacks in Belgium in the wake of the capture of terrorists earlier this week.

The cowardice of these attacks and the hopeless attempts to frighten civilized peoples are shameful and an insult to any decency.  Strength of character and reason prevail.

Before Comics Were Cool - The Gen-X Recollection Project: Daniel F!

I've known today's subject since 6th grade.  We had a parting of ways that lasted for... 20 years?  But then Daniel and I started working at the same company in April of 2007 and were reunited.

Daniel was a classmate of mine in middle school, and we ran in the same circles, waited for the doors to open in the same pack and ate lunch together and whatnot.  So, lots of the sort of chatting one does at that age.  But, we lost track of each other for a long time.  But, now we know where each other are!
When he's not doing his day job, he takes pictures and creates art in a wide array of forms.  He's a fellow Austin resident, and a bit of a traveler.  Get to know Daniel better!

He's responded to my request for folks to participate in interview fashion, so... here goes!

What was ground zero for you getting into comics/ science-fiction/ fantasy? About what year was that? Do you remember what was going on in your life?

My head's been in the clouds for as long as I remember. Seeing Star Wars for the first time definitely sparked my early interest. I became a voracious reader, but mostly focused on genre books... Sci fi, fantasy, mystery. I started drawing in high school, based on my interest in comics and cinema, investigating how the two related and how they translated story and images into 2 dimensions. Only recently have I started to break this down, a bit. Turns out, I'm drawn to stories with a bit of a mythological bent to them, some aspect that's larger than life. Comics, sci fi, and fantasy tend to fall into this pretty easily. But I also very much enjoy movies like Amelie, Sliding Doors, Blue Ruin, and No Country for Old Men that don't fall into those genres, but have that mythological quality to them. As far as timeline... I think G-Force (Battle of the Planets), Knight Rider, Star Wars, Transformers, and GI-Joe really got me started. So early 80s to mid-80's were formative. Our family had moved around every couple of years at this point, so I wouldn't say I was able to make lasting friendships.

Why You're Wrong About Batman, and Why Superman Would Win Every Time

Yeah, yeah.  Batman plans ahead.  We've all heard that one.  Including Superman.  So, wouldn't Superman just plan on Batman planning ahead and just knock him over with his super breath from far away, then cover him in, say, piles of shag carpeting until Batman passes out?

Your argument is silly.

You are a silly, silly person.

This bit of internet trolling brought to you by:  Superman v. Batman - Dawn of Justice!