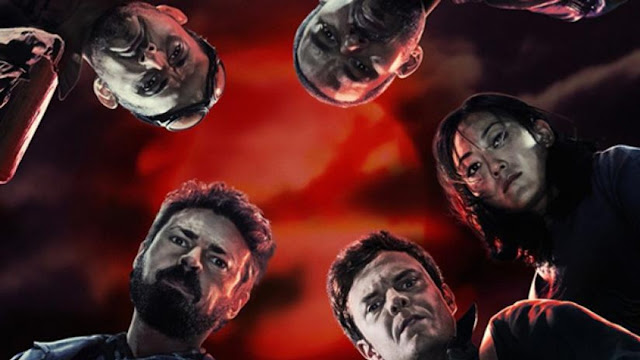 I haven't actually read Garth Ennis's The Boys series.  I read the first trade and always intended to follow up to see where it went from the set-up, but never quite got there.  I'll make up for it now, but it's gonna take some purchasing power, I guess.

Flat out, Garth Ennis is one the three or four best writers in comics, and, on some days, I think he's just "the best".  Some of us stumbled upon him due to his bizarre ability to make gore and violence absolutely hilarious (in the right context) but stayed for the amazing characterization, astounding turns to genuine sympathy for unsympathetic characters, and his ability to grasp humanity and the tragedy and comedy of his characters enough that they feel can feel three-dimensional.  All while existing in profane, graphically violent, sexually frank or ridiculous situations that seems like it would send many-a-comics-twitterer running for some pearls to clutch. 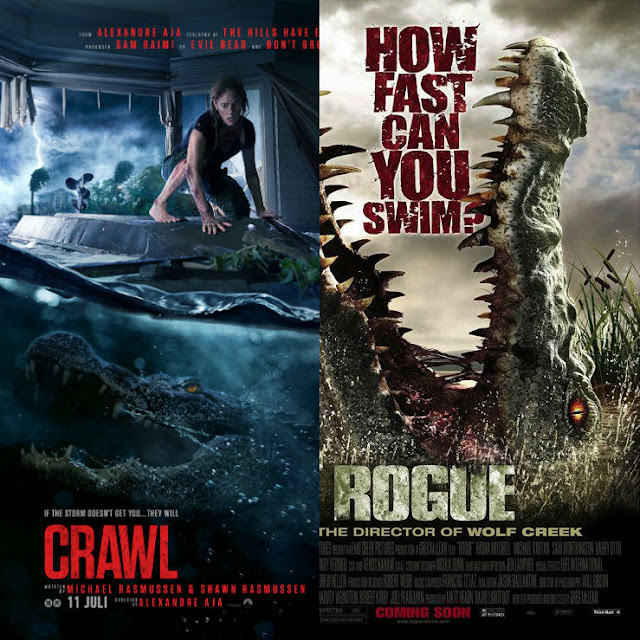 SimonUK and Ryan take a bite out of two movies that burst from the depths to surprise us. We compare and contrast a pair of films that rolled us over and made us take notice, but definitely felt we could sink our teeth into.

In the wake of two mass shootings

You don't need for me to tell you why those shootings happened, or describe the tragedy of what occurred and what was taken from families, friends and communities. Or that it didn't always used to be this way.

But it sure is now.

The pair of shootings seemed to have stemmed from the politics of the shooters, one far right, the other far left, each running to extremes.  At some point those divergent points of view seem so far apart they, in fact, curve back toward the same point.  (Look, the El Paso shooter left a manifesto and was taken into custody, and is far less of a mystery to me than the misogynist antifa fan in Ohio who was dead within a minute of opening fire.  But "making sense" is not usually something I associate with mass murder).    It leaves us with some common traits between the shooters, not the least of which is the ability of anyone off the street to arm themselves like they're storming Baghdad and pop off if they're having a bad day and feel misunderstood.

I'm tired of men who can't handle their shit or that life wasn't what they expected turning their self-loathing on others, their shame metastasizing into a need to prove their place in the world with juvenile fits and the tools of a soldier.

Once again, a lot of politicians made bland statements, the media conglomerates handled it within their brand standards, and the paid spokespeople took to cable.  Horrified and mourning people were treated like exotic animals on safari by national news.

I had a whole lot more written, but I deleted it.  I'm just done.  This is impossible to write.

We're exhausted.  Exhausted from knowing something could be done and, for some reason, won't be.  And exhausted because every time you open your mouth about how obvious it is that this situation is insane, there's someone there who cares more about middle-school debate club needling and badly reading a single sentence than they care about piles of dead people.  And there's no other way of looking at it anymore.

I'm tired of knowing people want to run for office and tell people how to live who don't care if the people they're supposed to represent live at all.

There's a surprising number of movies about or including the work of "trucking" in this category we call "noir".  I suppose it makes sense given the world of people operating mostly alone, moving from place to place by day and night.  Add in the shadiness of transportation companies and both the folks sending and receiving goods, and it's fertile soil for drama.  And it's not like people like myself who've never ridden in a truck are oblivious to truckstop shenanigans.

But who would have thought moving produce would lead to excellent noir drama?  But, at it's core, Thieves' Highway (1949), which is 100% about moving produce, contains a lot of what I think of when I ponder what comprises the "noir movement".  Characters in over their head pursuing goals due to hubris or lust (this one has both), a disaffection with the status quo and everyman status, a woman on the make pulling the wool over some schmuck's eyes...  it's all there.  Plus a heavy played by Lee J. Cobb and a morally gray protagonist played by Richard Conte. 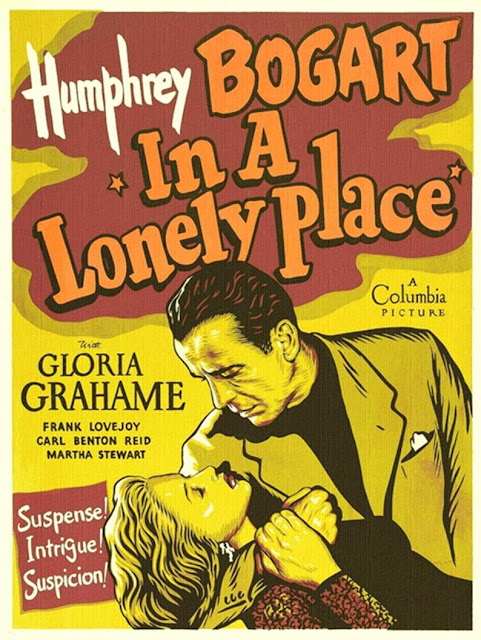 Nicholas Ray has an earned reputation as a director, if, for no other pop cultural reason than Rebel Without a Cause and - for noiristas - They Live By Night.  I hadn't realized, til watching the extras on this Crtierion disk, how much Ray's work helped spawn the thinking in Europe that led to auteur theory of film.  It's not a theory I necessarily subscribe to anymore, but like anything - some directors are better in general, are more attuned to their work and/ or manage to find work that better suits their sensibilities than other directors.  I do get excited when the names like Fritz Lang, Edward Dmytryk, Robert Wise and Jules Dassin (and many, many others) cross the screen.*

And, in some productions, those reputations as the driving force behind the movie makes sense.  There's no doubt whose movie you're watching when you're watching a Tarantino movie or a lot of Spike Lee's features, especially when they wrote the thing to begin with.