Return to Smallville: Season 10 - Fumbling at the One Yard Line 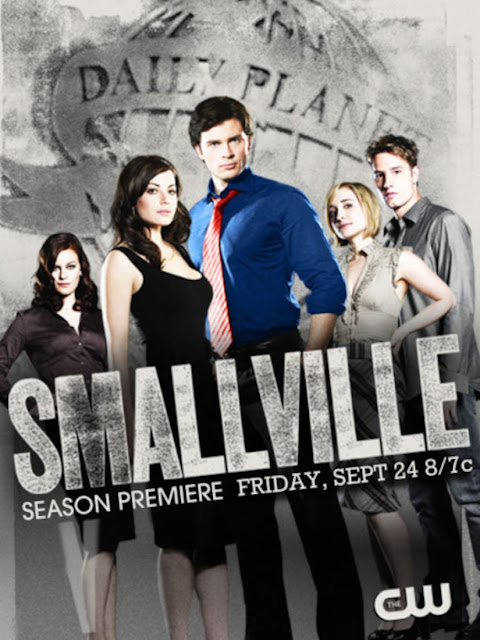 Well, we watched a collection of episodes from the final season - and more episodes than in prior seasons.  It was really pretty solid until it wasn't.
Lazarus - Oliver is Lethal Weapon-tortured by Ted Whittall (as Rick Flagg)!  I love Ted Whittall.  He should be in everything.  This is the episode where Clark does not much, Tess realizes she's got a bank of Lex clones, and one of said Clones forces Lois to look smashing as she's almost burned to death in a corn field.  Chloe also swaps spots with Ollie and is quasi written off the show so Allison Mack can go join a cult.  And Clark is an absolute dope about Lois throwing herself at him.
Shield - Lois wastes time in "Egypt" hanging out with Carter Hall and admits she knows Clark is The Blur.  We get Cat Grant - whose whole job is to suck as a person.  And, we get an hilarious take on Deadshot as a cowboy who Oliver informs us no one can ever find, despite the fact he looks like he's in a rodeo everywhere he goes.  But, yeah, the whole "Suicide Squad" stuff starts here.
Supergirl - Laura Vandervoort returns as Kara and is trying to distract the public from Clark by being the superhero everyone wants.  This plot makes almost no sense.  But the real story is that Lois decides to take down Glorious Godfrey by taking photos of him cavorting in a sex club, which is... not great and irrelevant, Lois. And, anyway, if you wanted to see this show react like an awkward 11 year old to non-romantic sex, this is the episode for you.  But Lois plays dress up again, and it's fun.  Oh, Glorious Godfrey is maybe possessed by Darkseid?  I can't tell.  He also gets a book written and published in 3 weeks, so Darkseid is efficient as hell.
Homecoming - Lois drags Clark to their high school reunion where Clark gets Christmas Carol'd by Brainiac 5.  We see that Lois looks... amazing with her hair up and all serious reporter-style.  Really, that's my takeaway, but Clark's realization is that he can rest assured that it will not just work out with Lois, but make them both better.
Isis - Lois dresses up as in Spirit Superstore Egyptian costume and gets possessed by the literal goddess Isis, which raises innumerable questions, but she's treated like a Freak o' the Week.
Ambush - Lois' much-discussed dad shows up with Lucy Lane in the form of Mad Men actor Peyton List.  I'd say this take on Major Lane is cartoonish and dumb, but I've seen and heard things in this life, and some people are truly psychotic when it comes to how they address their children's significant other.  It's... fine.  Michael Ironside gets a paycheck.  And Ted Whittall is America's hero by blowing up the Talon so we need never see it again.
Abandoned - A mixed bad of an episode.  Good:  Features the only live action appearance of The Female Furies I'm aware of, and has a curious take on Granny Goodness.  Bad:  it has no resolution.  Tess and Clark just leave, leaving the Female Furies, Kryptonite, Granny and a herd of orphans.  But lots of Tess.
Luthor - The Kryptonian Thermos makes Clark of Earth-1 swap places with Ultra-Man of Earth-2, and it's a surprisingly good episode.  Lionel returns, and Tess's heritage is outed.
Icarus - the feds do what they should have done and try to shut down vigilantes in Metropolis.  It's a good episode, and shows the maturity the show is now capable of with adult characters and storylines that don't feel like someone's first, unconsidered draft.
Collateral - Chloe is Morpheus in the Matrix.  Somewhere along the way Chloe learned kung-fu and how to handle guns.  Pretty good paranoia and allegorical trust stuff.
Beacon - Martha shows up for a rally and is shot by Clone-Boy-Lex.  It's got a good chiller of an ending.
Masquerade - Chloe and Oliver get wrapped up in Desaad's murderous shenanigans.  Clark realizes he needs to wear glasses and be a nerd.
Fortune - yup. The Hangover rip off episode that is none the poorer for lifting so obviously while employing super-feats.  Maybe the one where everyone making it clearly had some fun.
Booster - Booster Gold shows up and Blue Beetle is a bit of a wiener.
Finale - An incomprehensible mess of a finale that feels like it was written by a drunk mongoose and shows Welling was going to just be an absolute dick about wearing the suit.  Mostly I'm confused and angered about the murder of Tess.  It is truly, truly some terrible television that the prior two years would lead to believe was going to be handled well and was an absolute disaster.
Read more »
Posted by The League at 7/16/2022 09:06:00 AM No comments: 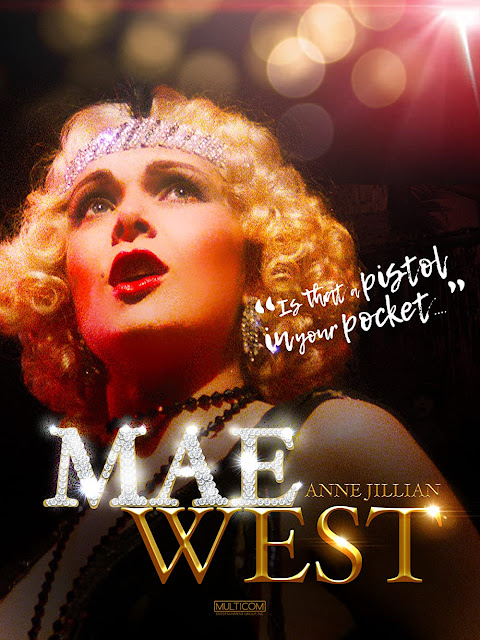 Probably the first platinum blonde that crossed my young brain was Ann Jillian, even before I put a name to Marilyn Monroe.  Ann Jillian was absolutely one of the few TV stars whose name I learned in part because of curiosity, but she was pushed super hard at audiences for a couple of years before she stepped away from the spotlight.

Anyway, Mae West is a GREAT topic for a movie, and while I think Ann Jillian has 6 inches on West, sure... why not?  Also starring James Brolin, Piper Laurie, Roddy McDowall(!) and more! 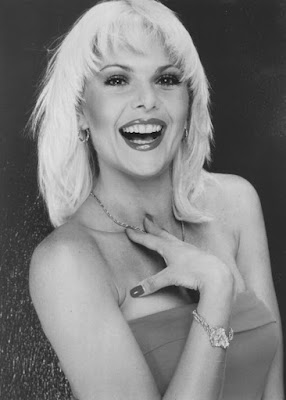