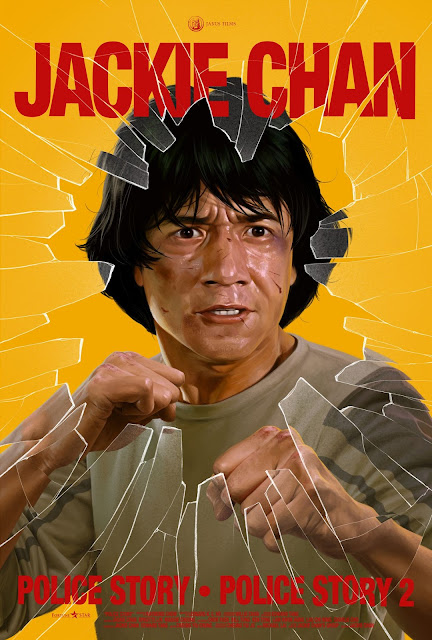 Thanks to some good pals my first year of college, I started watching Jackie Chan movies.  Unfortunately, lo these many years later, because I watched many of them in the space of one academic year, I have no idea which is which, what I have seen and what I haven't.  The conversation usually went more like "There's a Jackie Chan movie playing at The Hogg Auditorium.  We're going after dinner."  "Okay."

But, yeah, like all of you, when I first saw his movies, I loved everything about Jackie - his sense of humor, his incredible stunts, his loyalty to his stunt team, the fact he wrote, directed and starred in his movies, and that he even sang his own theme songs.  And, yeah, you can see the influence of the comedy greats in Jackie - if you love Buster Keaton or Chaplain, you should like Jackie's movies.

If the movies have a weakness, imho, it's that they often can't quite settle on tone.  That said, by the end of Police Story, the shift from goofy antics and wacky set-pieces to wanting to see the bad guys get punched just real, real hard is more than earned.

Chan's energy is just different from anyone else in cinema.  He's got the finesse of Bruce Lee, but - instead of Lee's eye of the storm focused energy, ready to unleash, he sort of is the storm.

Maggie Cheung plays May in both films, Jackie's long-suffering girlfriend, and she has some terrific comedic bits and really takes some hits for the team doing her own stunts.

The plot is some boiler-plate 1980's cop-movie stuff, and that's okay.  It's all a skeleton upon which to hang cool action scenes and showcase the work of Jackie and his crew. 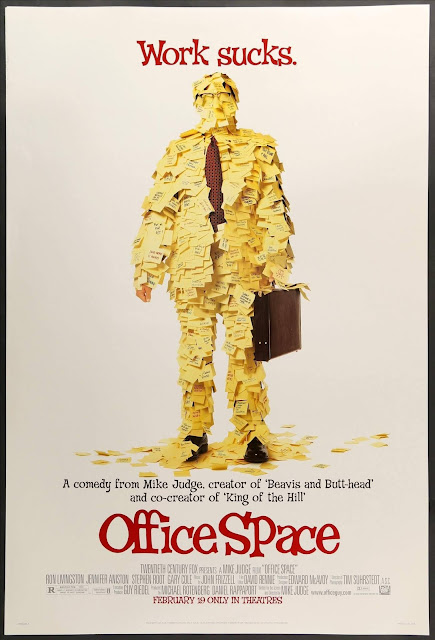 In February 2019 I was about 9 months post-graduation and working in a very strange job for - what I figured out - was literally poverty wages (the job required a 4 year bachelor's degree, so... don't major in radio-TV-film, kids).  This week marks not just the 20th anniversary of the release of  Office Space (2019), but late 2018- early 2019 marks the start of my 20th year in the workforce as an FTE, I suppose.

Office Space was a product of Austinite Mike Judge, who had risen to fame first with Beavis & Butthead on MTV circa 1993, and brought Arlen, Texas to the small screen via King of the Hill. Upon arrival, the movie mostly flopped.  Critics were relatively kind, but the film had no major stars except Jennifer Aniston in the era of Big Stars = Big Profits, and a workplace comedy about hating your job wasn't exactly groundbreaking.  But at the time I felt a certain loyalty to the Texas film scene and Mike Judge, so we went to see it around opening weekend and... yeah. 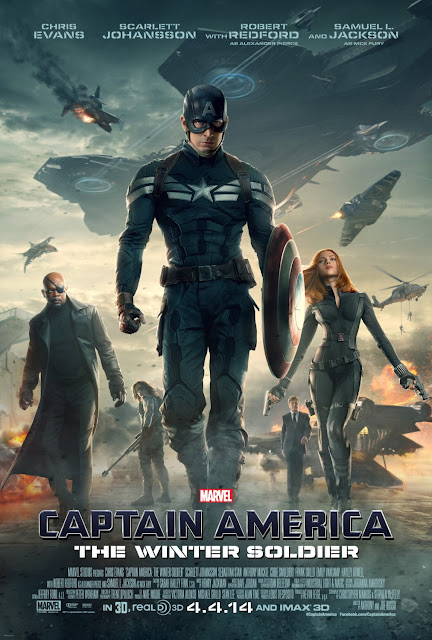 We reach one of Jamie's all-time favorite movies, a tale of a handsome man who is neck-deep in issues he thought he fixed before he went down for a long nap. Cap returns in an espionage thriller, but - also - a story of friendship. And blowing things up real good. It's one of the big turning points for Marvel as they put their best foot forward with a solid story that takes things up a notch. 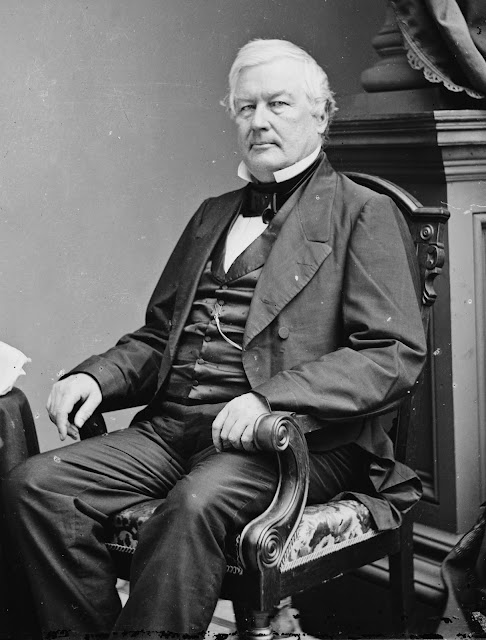 Believe it or not, that is not a time-lost Alec Baldwin.  That is the 13th President of the United States of America, Millard Fillmore.

I know pretty much nothing about Fillmore other than that he existed, and I guessed he was a Whig, and, indeed, he was.  But that guess was based on my impression that he seemed old-timey.

So, what should we know about President Fillmore?