I am unironically sad to hear The Star Hustler has passed

My friends, I am sorry to report that The Star Hustler, Jack Horkheimer himself, has merged with the infinite.

In high school my weekend evenings usually ended the same way every week. I'd take my girlfriend home, go home and watch an awful movie or two on USA Up All Night or MST3K, then watch the PBS show "The Star Hustler", just before PBS signed off for the night. 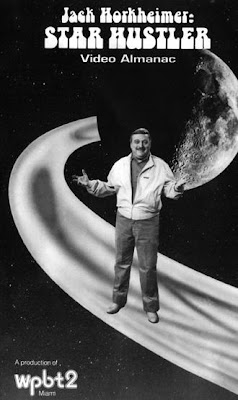 If you've stayed up really really late, like, ever... especially in the 1990's, its likely you've seen "The Star Hustler". It was a Green Screened thing from some Florida affiliate, with a middle aged guy in a Members Only jacket or wide array or sweaters (which I found odd, because he was in Florida), and he talked about astronomy. And he @#$%ing loved astronomy.

I began to think of Jack Horkheimer as a sort of excitable sandman, the person who eased me off to slumberland with tales of stars I was never going to actually step outside to see, because I lived in the suburbs near a large street light, and then in the middle of the city. And I often pondered what an amazing life this guy had as scientist by day, and enthusiast for his own field by night. Plus, he got to get green screened, and that was neat.

He also ruined me for the one astronomy class I dropped in college. My professor was interesting in that he was a genius and had Turrets that made him do this odd "b-kok" sound every once in a while but he was nowhere as engaging as Jack Horkheimer, and had none of the knack for teaching young minds. Nor, I suspect, the Members Only jacket or collection of sweaters.

So, I salute thee, Jack Horkheimer, and bid you godspeed. Sure, I found your show because the title "Star Hustler"* sounded like it might contain boob when I was 14 or so and was staying up too late. But I was actually interested in what you had to say. the world is poorer without you in it, walking across the green-screened cosmos.

And if there's any justice, you're up there among the stars right now.

a PDF download on the show (thanks to Jeff S.!)

Its the Birthday of The Admiral 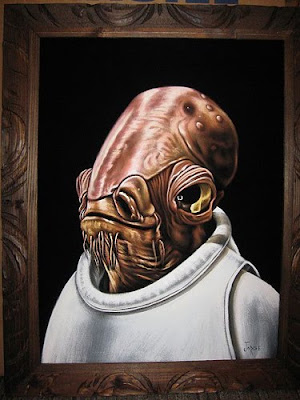 All hail The Admiral, pater familias of Clan Steans.

Today is his birthday. I got him a present and everything.

Happy b-day to the man who has put up with 35 years of asinine nonsense from his second, last, and most disappointing child. As far as we know. The man travels a lot on business.
Posted by The League at 8/21/2010 04:17:00 PM No comments:

No Gnu's is Good Gnu's (with Gary Gnu) 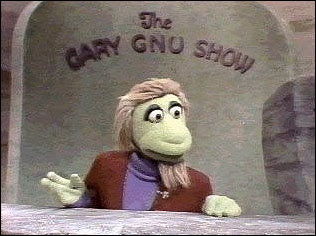 Yeah, its The Great Space Coaster. Deal with it.

I got nothing. I spent the past two days in South Texas, visiting colleagues in Corpus Christi and Kingsville. Returned home, ate some food, watched Monday's Bourdain on Rome, swore to get to Rome some day, then went and read some Jimmy Olsen comics.

I'm a bit wiped and will likely turn in early.

Not much of a pop-culture-tastic week.

I recently started using Google Sites to create a bucket list of books I'd like to read (or listen to), movies I need to see, and albums I need to add to my collection.

I figure this is good as the list will be a sort of nagging reminder that I need to get some of this stuff out of the way when I'm considering what to read, watch or listen to next. The book list is still very short, and I don't think I ever want to have more than ten or fifteen books on the list at one time, lest I decide its impossible and give up.

So, right now I'm listening to a very good audio book of Catch-22 and reading Lonesome Dove, which Jamie shamed me by reading last year, thus becoming more Texan than myself by at least a factor of three.

People always ask me where I eat when I travel. I always disappoint them by telling them the truth. I like to eat in the lobby restaurant of whatever hotel I'm staying. I don't expect a good meal, but nobody looks at you sideways for sitting there with a book, nobody wonders why you're eating alone, and the places are usually so empty, nobody cares if you sit and read for an hour (as long as you tip well. And I do.).

Last night the bartender/ hostess at the Hilton Garden Inn asked what I was reading, what with the massive brick of a book that is Lonesome Dove (which is why I've never read it. ADD usually means I'm good for about 400 pages and then done). I was surprised anyone under 25 had read the book, let alone also watched the movie.

Anyway, I'm not getting to West Texas anytime immediately, so I figured South Texas was as good a place as any to get into the book.

Email ThisBlogThis!Share to TwitterShare to FacebookShare to Pinterest
Labels: books

Not a ton of new info here, but a good interview.

Signal Watch is taking a break 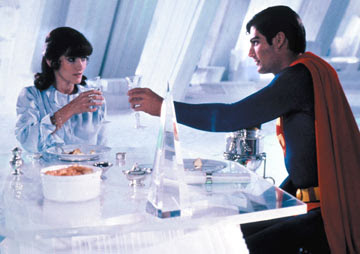 The Signal Watch Watches: Scott Pilgrim vs. The World

I have previously discussed the Scott Pilgrim series of graphic novels from Oni by Bryan Lee O'Malley. You can read my previous columns here and here.

As any self-respecting comic geek has already read: yes, the movie mostly follows the comics very closely, condensing time and space in order for the movie to move along at a good clip. Yes, Kieran Culkin is the most amusing thing about the film.

As Scott Pilgrim, I honestly think I preferred Cera's deadpan delivery to the Scott of the comics. At least I found him far more sympathetic. And Mary Elizabeth Winstead and a slighty smarter script breathe life into the cipher-on-a-pedestal that was the Ramona of the comics. And, for good or ill, Ellen Wong played about the Knieves Chausiest Knives Chau I think we were ever going to see on film.

As you've likely also heard: yes, O'Malley's expansive cast of characters is trimmed back severely. In two hours, there just isn't time for sub-sub-plots about thirs tier characters' romantic entanglements, etc... But the film's team also cut what I saw as fat and parts of the books that didn't seem to go anywhere. And, honestly, they also kind of cut parts of the book that I felt O'Malley just really didn't carry off very well.

I've read a few reviews that complained that the movie wasn't specific enough in its homage to this or that brand of manga or missed the essence of MegaMan or somesuch. And, to be honest, I kind of sort half wondered if those reviewers were reading something into the comic that wasn't really there to begin with, but... whatever.

Edgar Wright is a talented director, and despite the poor performance of the film in its opening weekend, I kind of felt like he took the comic and made the sharpest, funniest picture anyone was likely to make. He "got" what O'Malley seemed to be trying to do, and kept the core honest while tweaking some things to make them a bit tighter or kicking up the visuals, incorporating game visuals in a way that was truly fun.

I still have a bit of a problem with the notion that the comics were about Scott growing up, and so I appreciated Wright steering the story to suggest what Scott really got was "self respect", but... somehow it just didn't feel like that had been the set-up. And I'm not sure the ending (which differs from the comics) is any less convoluted when it comes to the semi-metaphor of the movie.

Further, Ramona's choices in the film do sort of pull some of the wind out of the "love story". The plot device was perhaps a bit too plot-devicey, even for this movie.

But, you know, its a big, bright colorful movie with surprisingly great action sequences, clever bits about every four frames, a killer soundtrack and lots of cute hipsters girls. So... you know, your mileage will vary.

HERE THERE BE SPOILERS

1) the fight with Knives' father.
2) Scott "forgetting" stuff and the Nega-Scott. If one thing O'Malley tried to do and it just fell flat on its face, it was Scott's memory lapses. It might have worked, but when its explained in the sixth volume, its anticlimactic and doesn't actually solve or resolve anything. The movie handled "Nega-Scott" and Scott's ambivalence about his own past in a much more concrete manner.
In a way, I almost felt like the treatment of "Nega-Scott" here was Wright's suggestion that maybe a big fight isn't the answer, but it got one of the biggest laughs from em of the movie.
3) The entire last half of the 6th volume.
4) The dangling thread about Scott's old house, his family, etc... that never really resolved or went anywhere.
5) The random hook-up of Kim Pine and Knives, that suggested something big, and then... nothing.

Things I might have liked better from the comics:

1) Knives' conclusion to her storyline in the comics makes far more sense. She doesn't need to get engaged in the big boss fight, and she's over Scott and sees what he did for what it was. In the movie, it just felt sort of dishonest, like "I have to smile and forgive. You're our lovable protagonist".
2) Any explanation whatsoever of how Scott got his money.
3) The extended timeline. Its hard to get your head around the storyline in the movie if it all takes place within about three weeks.
4) They really dropped the whole Envy thing after a ton of set-up, didn't they?
5) The fight in the central Toronto Library between Knives and Ramona. Not just visually striking, but it ends things for Knives' beliefs in getting Scott back and sets Ramona on a different path with Scott. This happening so late in the movie felt very, very off.

At the end of the day, it still seemed like a movie about coming to maturity or finding self-respect and love with each other just shouldn't end with kung-fu and video game cliches. What's wrong with either of these characters just taking one another's hand and walking away from a ridiculous situation?
Posted by The League at 8/15/2010 10:39:00 PM 2 comments: