Last week DC released the final issue of their Convergence mini-series, the two-month stop gap from DC Comics that was originally advertised as something editorial was doing while they took a break from publishing to move from DC's traditional home of NYC to sunny LA.

Of course, well in advance, it became clear that Convergence was going to be more than just a hiccup in DC's publishing schedule.  After the initial skyrocketing sales for The New 52, units moved have fallen off, and time and again, DC has wound up canceling a huge number of their initial offering of 52 books and the successors of same, all while keeping up appearances by maintaining a publishing line of 52 books (which always felt like something dreamed up by an actuary somewhere, so why it was part of their public marketing, I will never know).


The first hint that we could count on major changes, post-Convergence, was that DC decided to follow their award-winning, best-selling Wonder Woman run by well-known comic writer Brian Azzarrello by hiring the previously-unpublished wife of popular comic artist David Finch (an artist with whom cheesecake was pretty much an inevitability) to pen the series.  It was a signal to anyone who has followed the industry for the past two decades that DC was basically putting New 52 Wonder Woman in a holding pattern for a while, but if you absolutely need a Wonder Woman comic - here's one to read (and, please, do not notice that Sensation Comics and Wonder Woman '77 are both fantastic and not technically part of the main stable of DC's titles managed by their core comics people).

I like to think I've seen my fair share of movies, but, not so much.  For example, I'd never seen the sweeping 1953 World War II-era drama From Here to Eternity.

The picture is by and for the generation that had just endured World War II, and takes maybe a little more work to watch and appreciate for those of us born a couple of generations later.  Add in 60 years of movies lightly riffing off of this film, spoofing it, etc... and much of it may not feel all that fresh on a first viewing in 2015.  But it's a great example of the "(insert career) and the women who love them" model of drama.

The story takes place in Hawaii in the months leading up to Pearl Harbor, mostly around an army base as Private Prewitt (played by Montgomery Clift) arrives, newly transferred from a bugle company to a rifle squad of his own volition.  He runs into a pal, Angelo Maggio (Sinatra), who is a bit of a company clown, and is greeted by his new Sergeant, Warden (Burt Lancaster).  Add in Deborah Kerr and Donna Reed as love interests, and you've got a plot.

I grew up in Austin, TX, attended the University of Texas and recently received my "ten year pin" for my time working at the University (I haven't quite spent my whole career there).

If you aren't aware, after killing his mother and wife, Charles Whitman climbed to the top of the tower at the center of the University of Texas campus - a building which is over 27 stories - and killed people on the stairwell and then began shooting from the observation deck.

Whitman killed 16 people (in 2001, a 17th died of complications for injuries sustained that day), and more than 30 additional people were wounded.

At the time, Austin was a sleepy college town in the middle of a long, hot summer, and summer session is never the busiest of times on campus.   The impact was devastating, and the shootings were still discussed and an impetus for campus policy when I was there in the 1990's.

Watching just the trailer, I was surprised that my reaction was genuinely visceral.  I've been up in the elevator, I've stood on the observation deck, I walk across the plaza routinely, and those are all places I live and work.  And I am well aware all of this happened here.  And could happen again tomorrow.  After all, we had an active shooter in my building just about five years ago.

The after effects of the tower shootings were larger than you'd believe.  The event helped lead to the establishment of campus PD's across the country as well as SWAT team development.

This film looks to cover the personal stories of the victims, and I'd rather that be told than another step-by-step recounting of Whitman's final days and hours.  Good people were caught in the massacre, and it's important to remember all of them as well.

Looking forward to the film. 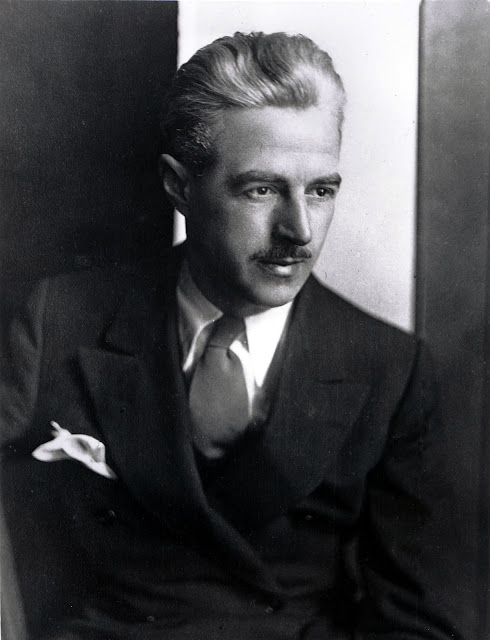 May 27th marks the 121st birthday of author Dashiell Hammett, a writer who's impact on the modern culture is nigh-incalculable.

I'm actually currently re-reading Red Harvest for the first time in fifteen years and will make my way back through The Maltese Falcon, The Dain Curse and a few more.  And you really can't beat the short fiction of the Continental Op short stories.

And, of course, he was responsible for The Thin Man novel and assisted with the production of the movie.

Hammett had been a Pinkerton Detective, a career not so readily available in this era, but it set the stage for both the material of his fiction as well as the approach his detectives took.  he served in both World Wars, drank too much, was a terrible husband and absentee father and a left-winger from jump.  And he had a 30 year romance with Lillian Hellman.  Like you do.

I'll be honest, I love this guy's work.  His characters feel real and lived in, perhaps world warn and weary, but believably so, and his plots are just haphazard enough as the detectives sort through the mess they've stumbled into to feel believable when one is surrounded by liars with agendas.  And he's got a snappy prose style.

Happy birthday to my high school rock'n'roll crush and one of my favorite performers from back in the day, Siouxsie Sioux. 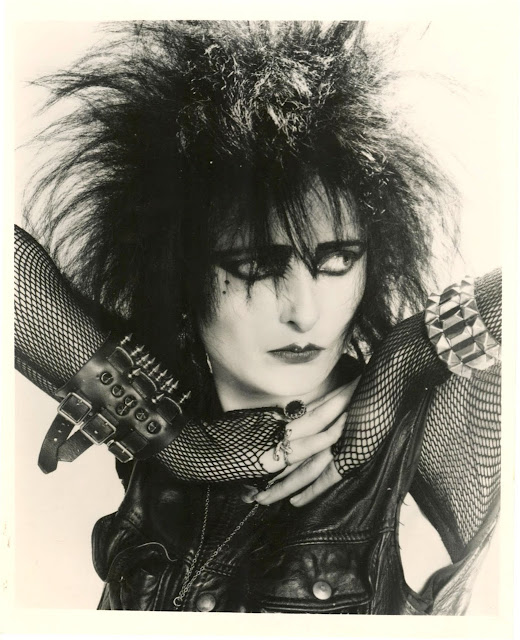 At 57, she's still out there being Siouxsie. 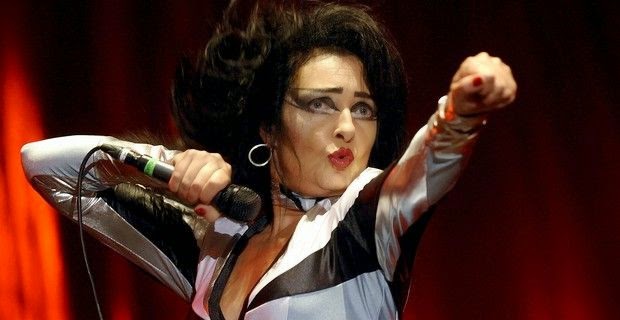 The History Channel decided that they needed to make a 10 hour mini-series exploring the romantic revolutionary war period of The Lone Star State, an era in the 1830's when the winds of change blew over a few hundred miles of uninhabitable desert and scrub land and a bunch of people kicked out of every decent state in the nation hid out here until Mexico got sick of them.

As always, a little background:

I didn't move to Texas until 1979, but I did grow up here, between Dallas, Houston and Austin, and I've been lucky enough to spend time in San Antonio.  I'm partial to the state, but I am also well aware of our checkered past and present.  I do love my state, but it's often the way you love a fun but very disappointing relative.  Say, a brother.  Just for example.  Purely hypothetically.


Growing up in Texas, you're sort of constantly inundated in Texas history in public school (or, so it was when I was a kid), and names like Stephen F. Austin and Sam Houston are up there with your American founding fathers.  Names like William B. Travis and David Crockett have passed right into mythology as martyrs of freedom.  Also, we have cows and horses and we're all pretty fond of Tex-Mex and barbecue, so we have a lot to offer kids.  On top of this, I was 11 in 1986 when we had the State Sesquicentennial (that's the 150th birthday), so it was a whole thing when I was in 4th grade.  Prince Charles came!  It was a major deal, man.

In college I had an extra credit class free and wound up taking "Texas History from Prehistory - 1845".

So, and this is a wildly unpopular notion, but there is, in fact, a bit of a difference between the legendary version of history as is taught in public school K-12, and what actually happened and why.  Or, at least, an interpretation of history that doesn't necessarily reflect the narrative of the progress of rich white dudes as a sort of destiny for all.  I know many people find this idea upsetting, especially uncles at Thanksgivings.  But, it is also true, full stop.

I wound up taking the follow up Texas History class, and, ha ha, also got myself a history degree (woooo!  so full of good ideas), focusing as much as possible on Southwest US History in a program that was much more about a broad base of history.  So, ask me to try to remember Roman History sometime.  It is super awkward because it's mostly me blinking at you then saying "uh, aqueducts".

When I saw the History Channel had decided to make a dramatized version of Texas history, I was skeptical.  They don't really have a track record that I'm aware of, and of late, most of their history has involved bearded people pretending to be rednecks on TV and lots of hunting of bigfoots and whatnot.

And right I was.  This show is terrible.  And weirdly so. 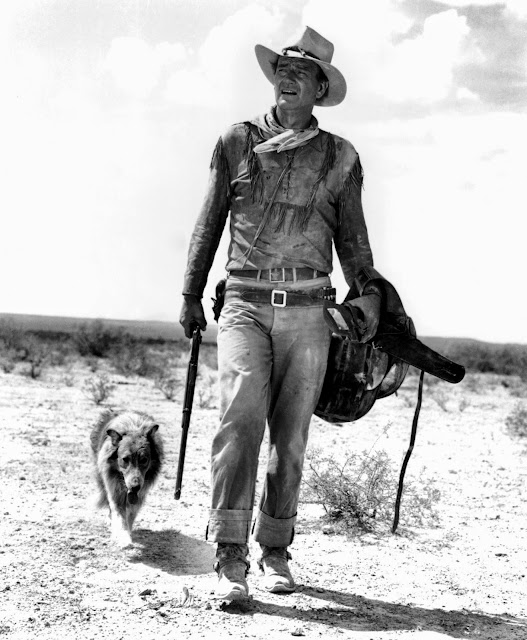 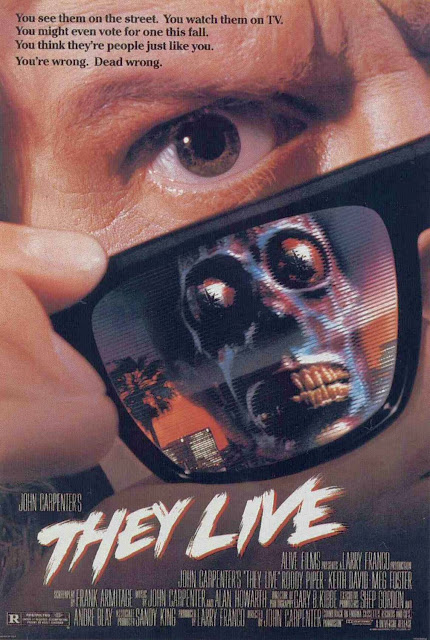 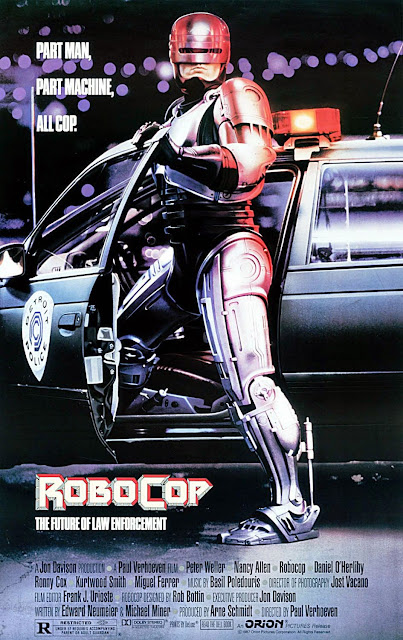