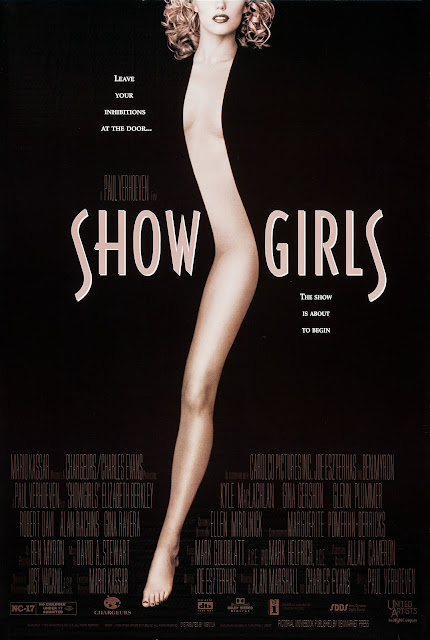 Watched:  03/19/2022
Format:  BluRay
Viewing:  Second
Decade:  1990's
Director:  Paul Verhoeven
For more ways to listen
NSFW!!! This year for their birthdays, Jamie and Ryan are exchanging movies, but each will surprise the other with their selection. For Jamie's birthday, Ryan rolled out the martinis and 1995's most notorious camp-tastic hit in glorious NC-17 style. It's a wild world of the American Dream if your dream is to DANCE. Mine isn't, so this mostly seemed like it was trying very hard to make a point, but forgot what that point was multiple times along the way.
SoundCloud
The Signal Watch PodCast · 190: "Showgirls" (1995) - A Day-Drinking Surprise Birthday Movie Exchange w/ Jamie and Ryan
YouTube
Music:
Vision Thing - Sisters of Mercy
Goddess - David A. Steward, Showgirls OST
Ryan's Random Cinema
The Signal Watch PodCast · Ryan's Random Cinema
Posted by The League at 3/25/2022 06:29:00 PM No comments:

I don't really watch "reality TV" anymore.  There's plenty wrong with it, and I don't think I need to get into the myriad reasons I think it's a large contributing factor as to why we're at this end-stage as a species.  I don't think Chrisley Knows Best or Season 52 of "Shirtless Morons Hooking-Up With The Prettiest Girls From The Slow Learners Class" has set our monoculture on the path to earning a place among the space-faring races.  Call me crazy.
I mean, I did watch some back around 2002-2006, but I don't know how to tell you people:  it's all the same.  Including home make-over shows.  Or people just off the road pretending to look for Bigfoot.
But back when we were actually still scared of coronavirus enough to Lysol our produce, I remember laying on the couch sideways and letting hour after hour of Love Is Blind Season 1 slide by.  My memory of the show is minimal.  Someone named "Jessica"* was a real piece of work, and the very pretty girl married a guy who couldn't believe his luck**.  That's about it.  That's my memory of 11 hours of TV.  In fact, I suspect Nick and Vanessa Lachey hosted the series, but Jamie and I spent five minutes debating if they had been and couldn't remember.***
At the time, we had no idea what was happening in the world and whether or not we would be dead within weeks.  This was Weekend 1 of COVID showing up, and suddenly we were all stuck home with streaming services, and Netflix had this and Tiger King.   I couldn't deal with Tiger King, so we never finished it.  Or at least I didn't.  I don't know what Jamie did.
Season 2 has rolled out, and I declared "let's see what these horny morons are up to."  So we put it on.
Read more »
Posted by The League at 3/25/2022 05:36:00 PM No comments:

Madeleine Albright Merges With The Infinite 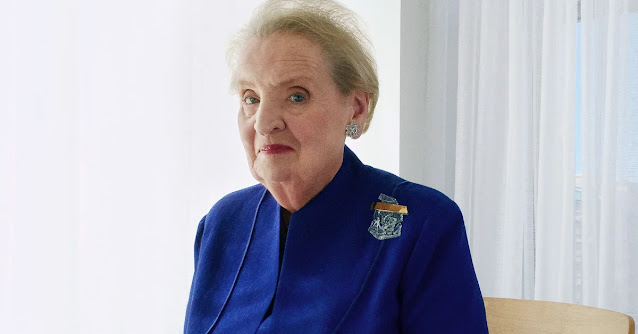 Madeleine Albright, a woman of legendary accomplishment, has passed.
Albright was the first female Secretary of State, and had the intelligence, personality and skill one would expect of a trailblazer at such high levels.  Her deftness in diplomacy was what you want out of a Secretary of State, and we saw her charm and conversational skills up front in an era where talk shows welcomed Secretaries of State and the population (a) could name who that person was before they took the stage, and (b) could watch them speak without shouting slurs at someone from a party to which they did not belong.
But as a refugee first from Nazis and then the Communist takeover of Czechoslovakia, as someone who went for it in an era where expectations were she stay home and live a quiet, domestic life, Albright's pivot to law and public policy after becoming a wife and mother was notable, before she began her climb.
Her tenure was perhaps one of few bright spots of the second half of the Clinton administration, though not unmarred by the challenges of the role and the expected disagreements in a political context, both from the right and left.  No one plays at that level and escapes unscathed.
It was an amazing life and career, and I hope folks appreciate and understand what paths she created in the US and what she did for the nation as ambassador and Secretary of State.
Posted by The League at 3/24/2022 10:26:00 AM No comments: 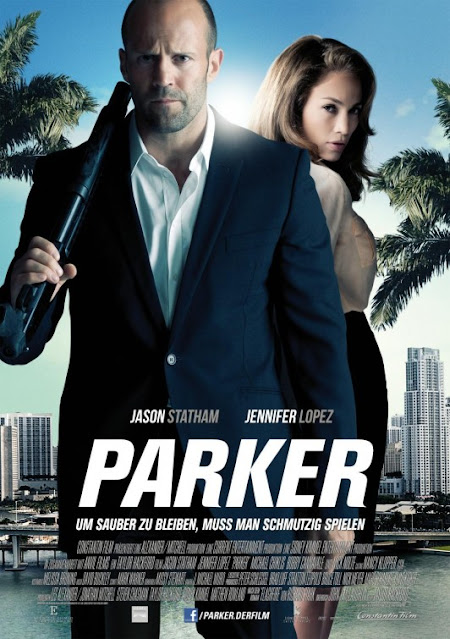 Watched: 03/18/2022
Format:  BluRay
Viewing:  Second
Decade:  2010's
Director:  Taylor Hackford
By now, I assume y'all know I'm a bit of a completionist, and I'm slowly buying the BluRays of all the movies based upon the Parker novels by Richard Stark.  Most famous of these movies include Point Blank with Lee Marvin and Payback starring Mel Gibson (which I don't own because Gibson, but probably will buy used to take him out of the money chain).
If you're newer to the blog, when I traveled a lot for work, I read all 24 Parker novels and the Grofeld offshoots.  The movies never match the books - writer Richard Stark (real name: Donald Westlake) was not willing to let them use the name "Parker" as he was aware that the movies would differ too much from the books, and movie people tend to miss the point of Parker.  Which is 100% true.  So the movies are all oddball mutations of Parker as a character and the plots of the novels  - which, if done straight, would be fascinating stuff and probably spur a 1000 think pieces about following a character who is in no way a hero.  He is not a badguy, but he is a bad guy.
Read more »
Posted by The League at 3/20/2022 09:32:00 PM No comments: