We Finally Read "Rebirth" and Here Is What We Think (SPOILERS) 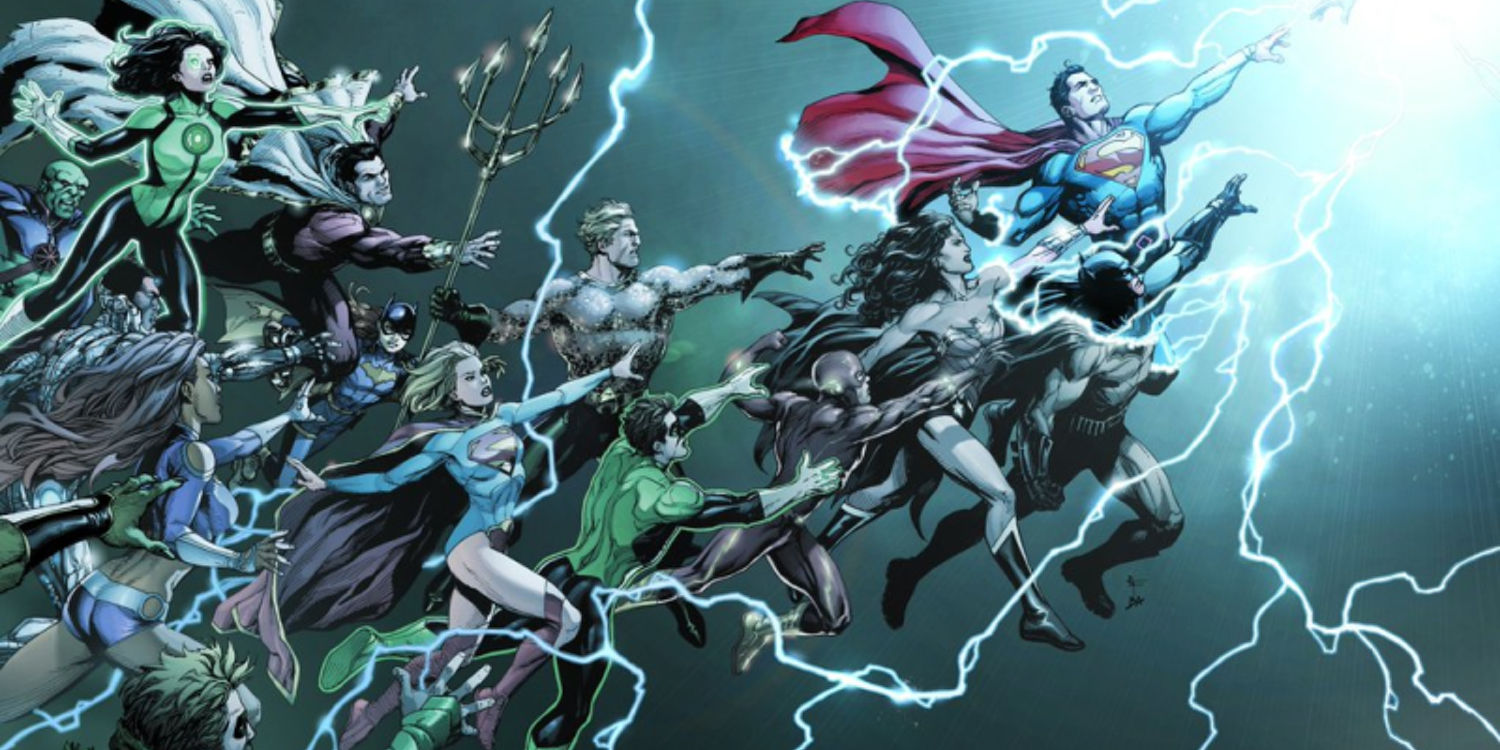 I did not love every living word and panel of DC's mea culpa in comic form, but it made me realize how long it has been since I've read a new comic book from DC and didn't feel like I needed to just put it down and walk away.  If Rebirth succeeded on any level - it did not make me kind of sad while I was reading it, nor think "well, this is what they're doing these days, and the kids seem to like it, so I guess this is DC Comics now".  I got to just mostly enjoy a DC Comic, even enjoy the familiar frustration of "well, now how is THAT going to work?" as I looked at some of what the book was pitching as the new direction for DC Comics publishing line.

It's been a few days, so I really don't think I need to explain what Rebirth is, except to my brother - so, Jason:  That New 52 thing I've been whining about the past few years?  Turns out sales have been plummeting line-wide for DC since the first year or so, and they've decided that maybe they went too far in the "grim n' gritty" comics direction, and now they're remembering that the idea behind superheroes is that they're a force for positive change.  So, starting here, DC is trying to wrap up the New 52 as a direction for the publishing line while remaining basically in continuity.  They'll start by renumbering most series (again) and remember that it's kind of a bummer to read about people in tights running about feeling miserable every second of the day, so, maybe stop with the endless Pyrrhic victories and mopey heroes.

The "Rebirth" brand at DC was never one of rebooting.  In both Flash Rebirth and Green Lantern Rebirth, continuity remained intact, but DC brought back longstanding characters and principles to characters and concepts that had strayed from the sort of Platonic ideal of those characters.  In Flash, we saw the return of Barry Allen full time for the first time since Crisis on Infinite Earths.  Wally, Bart, Jay and everyone else would be around, but Barry was our focal Flash - complete with a new backstory that didn't reflect the pre-Crisis DCU continuity (Nora Allen was murdered).  Green Lantern saw the return of Hal Jordan to the land of the living, the Parallax storyline transmogrified into epic space opera that spun out the colored rings.  Both of these I enjoyed.

Rebirth is not another Crisis.   It seems to be retaining the New 52 continuity, so far anyway, and is really not so much an answer as a gigantic question mark both from a story and editorial perspective.  Or, rather, a series of questions marks or possible paths for all of us who walked away from DC to consider what teasers from the books we'd be interested in pursuing with our dollars.

Everything from here below contains spoilers.  You're on your own if you keep reading. 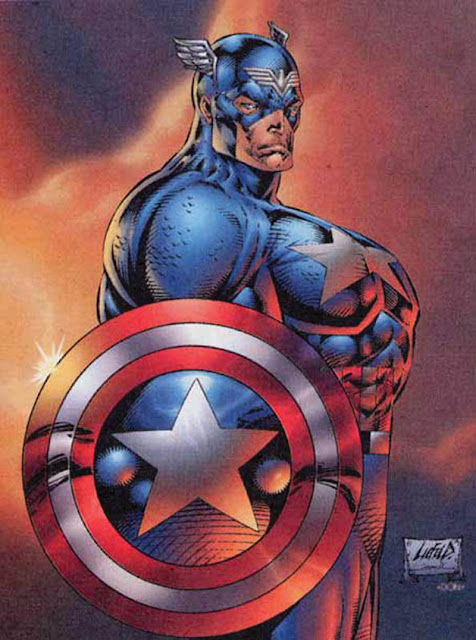 I don't believe Steve Rogers has secretly been pulling the wool over our eyes or Marvel's hero who just raked in a billion dollars at the box office has actually been an Agent of Hydra all along or whatever it is Tom Brevoort, Marvel's personal Salacious Crumb, said to the New York Times.

Yes, Captain America was designed by two Jewish guys to punch Hitler in the face, and, yes, of course, if Marvel were actually turning him into a villain longterm, it'd be kinda gross.  But, y'know, comics.  I'm pretty sure it's some usual sci-fi comics monkeyshines, Cosmic Cube business or time travel or whatnot, and by tale's end, we'll all be back to normal.

What I'm irritated about is that I can't actually remember the last time I read a good Steve Rogers story about Steve Rogers being Steve Rogers.  Don't worry - it's not limited to Steve Rogers - I'm pretty sure DC hasn't had Superman as Superman in an in-continuity comic in at least four years, and before that we had Superman walking America (Grounded Part 1 = garbage, Grounded Part 2 = pretty darn good), Superman not being Superman for a year in the comics because New Krypton, Superman with no powers...  And, if I never felt like the New 52 Superman was Superman, well, it seems like DC is set to confirm that suspicion).

TL;DR: Balancing the Dark and the Light - Getting Real About How We Were Okay with "Dark" Comics 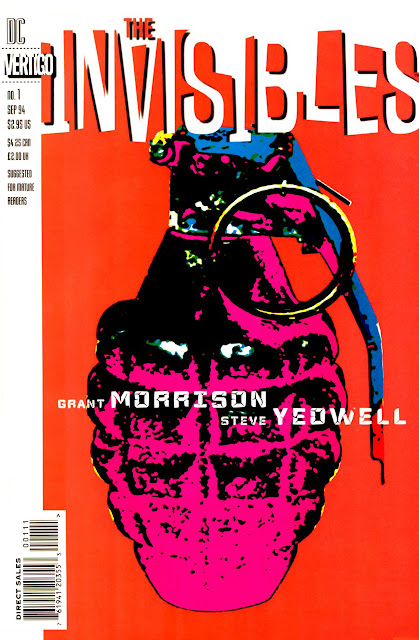 This week DC Comics's Rebirth event will once again re-set the DC Universe of comics for what will be the third reboot since 2005 (Infinite Crisis, Flashpoint/ New 52 and now Rebirth).   Even before the story broke this weekend about what Rebirth will contain, plot and character-wise, I had been thinking a great deal about the direction of media, what superheroes and stories are for, and how I've not felt particularly compelled to write up a bunch of posts upon, nor cast ad hominem attacks on those who enjoyed this year's blockbuster, Batman vs. Superman: Dawn of Justice.

Sunday night saw the premiere of Preacher on AMC, an adaptation of the utterly unadaptable Preacher comics from Vertigo's heyday back in the 1990's.  As the comics are numbingly brutal and , featuring a wide array of atrocities and blasphemous content, I'm frankly a little concerned about what happens in the media/ social medias if the show is a direct adaptation and if/when people actually start watching the show (the pilot was not a direct adaptation, and I'm not sure it did very well).  The content is not exactly the sort of thing that many folks here in the Bible Belt take kindly to, even as a Bible Belt perspective certainly doesn't hurt in contextualizing the overriding experience and meaning of the comic.  After all, one of the overriding themes of the book is cutting through hypocrisy wrapped in the cloth - something Texas does just about as well as anywhere (thus, your location). 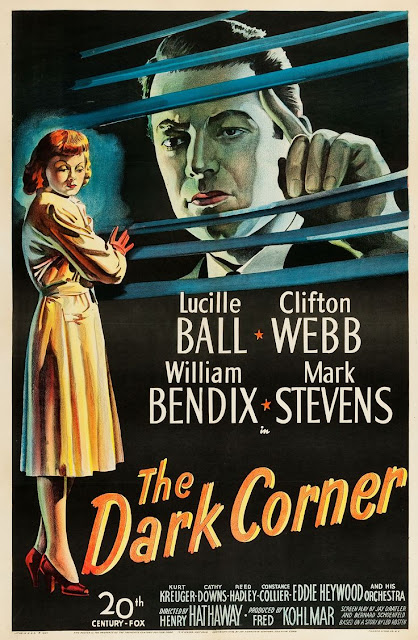 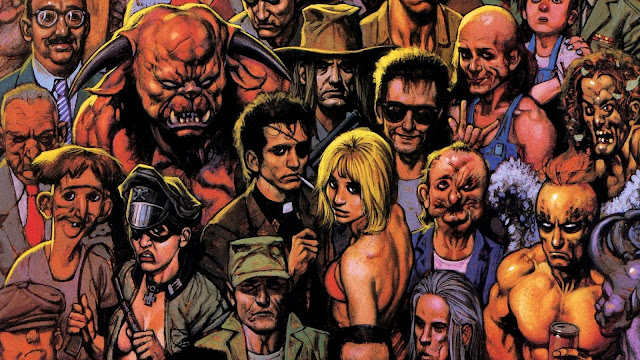 I cannot believe this comic is about to be a TV show.

Well, let's see how this goes.