Marvel Yule Log Videos For Your Holiday Cheer (of Justice)

Well, this is fun! and Merry!


Steve's Apartment (closer in - and wisely with a portrait of his best girl there on the table):


Marvel has produced several of these, including Iron Man, Thor, Groot and more! 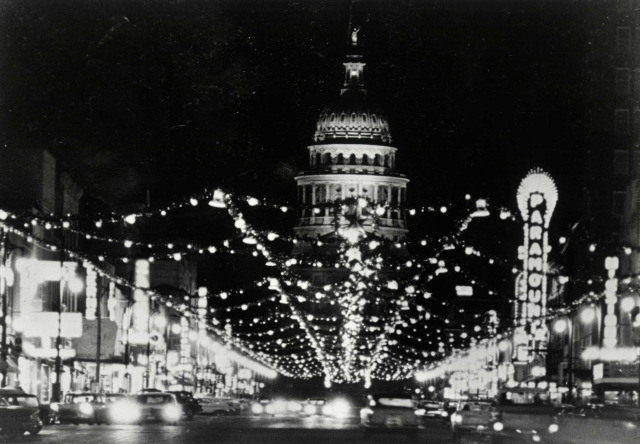 Christmas is a holiday that impacts all the senses.  Twinkling lights, the smell of wassail, the chill of the air against the skin, the taste of peppermint.  Sleigh bells, of course.  And, man, the music.

I have my Christmas favorites.  White Christmas, Rudolph, and a surprising number of non-secular songs I sang growing up Lutheran.  If you've never been to candlelight service on Christmas Eve to sing Silent Night, you're missing out on a great, not-often-mentioned holiday tradition.

But this isn't a list of my favorite Christmas songs.  If it were just a list, it'd be quite long, and kind of pointless.  A playlist needs to be curated.  It's the heir to the mixtape.  Song content and order need to work together.  It can't just be your holiday tunes on shuffle (although serendipity can create some amazing combinations). Of all the Bond movies, this is the one I'd argue is the one most made for 13-year-old boys.  It's got James Bond fighting Russians, engaging with a circus, dressing as a clown, gorilla, roustabout and knife-thrower within about 45 minutes of runtime.  There's an all-girl island, a castle escape and a submarine that looks like a crocodile.

Not maybe coincidentally, I think I liked this one a lot more when I was 13 than when I was 41.

And, of course, the lead of the movie is the titular Octopussy (1983), a name sure to drive everyone into peels of uncontrollable giggling.

This isn't, by any stretch, one of the best Bond movies, and it may be one of the least memorable Bond films in general.  It has a couple of good set-pieces, and a few set-pieces that probably sounded better than they were in execution, but mostly the plot is a bit whispy and blandly convoluted. 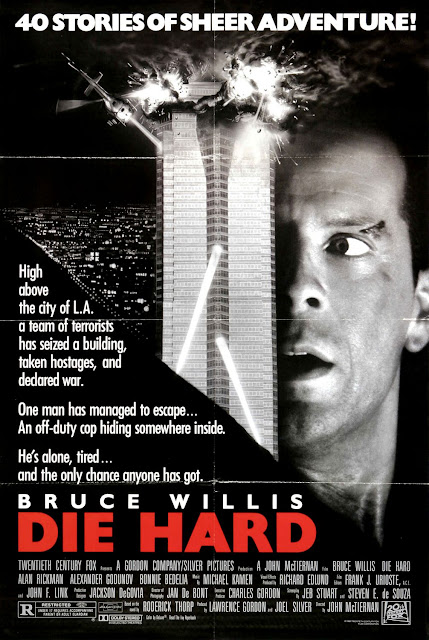 I've really embraced the idea that Die Hard (1988) is a Christmas movie.

In theory it takes place on Christmas Eve despite the fact the Nakatomi Corporation is having its holiday party on Christmas Eve, which...  What Dickensian rules is your company playing by?  And why is Holly leaving her kids at home with her poor nanny who probably has friends and family of her own she'd rather be with? 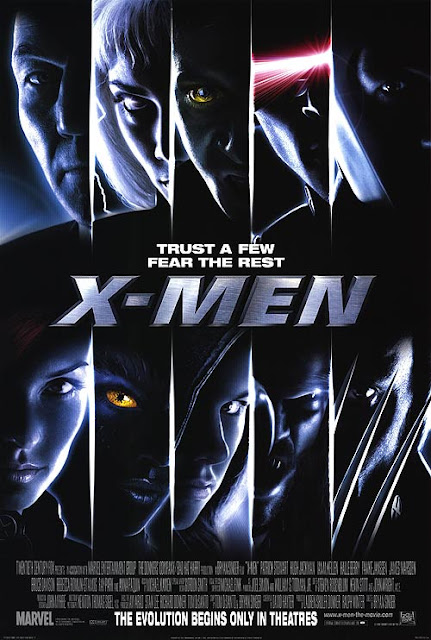 I had no intention of watching either of these movies this weekend, but we have basic cable and they were on.  I have no further real explanation for what happened.  I guess after watching X-Men: Apocalypse, it was just x-destined to x-be.

At this point, watching these early X-films serves as an interesting view of the state of the art for superhero films circa 2000 and 2003.

One mission I have for this site is to be the old guy telling the kids how it was back in the day - and if you're not pushing 40, you're not old enough to remember what breakthrough movies the first two X-films were for superhero comic books moving to the big screen.  It's hard to understand in a universe with an Ant-Man movie what it was like to see Marvel's cinematic efforts suddenly take off after decades of embarrassing and half-assed attempts.  It still wasn't Iron Man, which would totally change the game, but it was significant.

X-Men (2000) arrived shortly after Blade (1998) made a little-known (even by comic fans) character into a pretty great cinematic action hero.  It didn't hurt that Wesley Snipes was pretty awesome in the role and he killed so, so many draculas.  I still remember how nuts the crowd went for Blade when I saw it opening weekend, cheering and yelling in all the right places.

I was cautiously optimistic about X-Men.  I knew director Bryan Singer from his 90's-classic Usual Suspects, a crime thriller that had garnered good reviews and rode the hip-crime-movie wave started by Tarantino to pretty great box office.  It seemed inconceivable a superhero movie would receive a director of that sort as "serious" directors did not take on superheroes, or - at least they made it clear it was a lark for a paycheck.

But clearly X-Men was different. 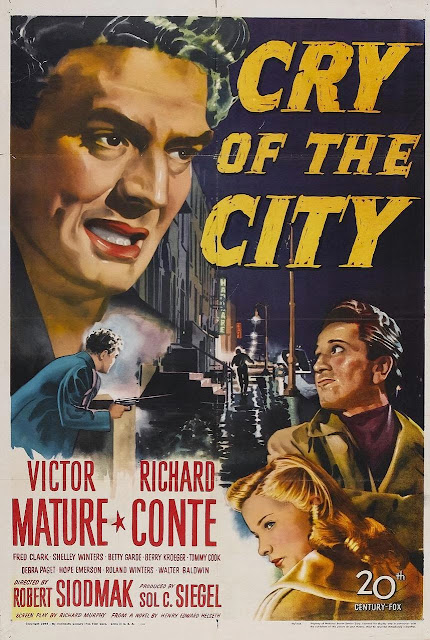 We were asked to review Cry of the City (1948) by NathanC over at Texas Public Radio.

Click on over there and read my review and Nathan's review of Boomerang (which I've never seen, but now I want to).   A thousand thank-you's to Nathan.  I had a great time watching the film (which I really, really liked.  But I also think Mature and Conte are Mitchum cool.), and it was a great pleasure getting to contribute to TPR.org.

I'll post a draft of the review here in the future, but for now, please do click over to TPR.org