Meh.  I can't do this anymore.

The internet has become too much.

We're going dark until next Friday.

Apparently in Mid-March, the life of a young The League will come headlong with his shady, useless present.

Yes, my 20th high school reunion IS occurring this year.  No, I am not going.  I moved to the greater Houston area a couple of weeks prior to the beginning of my sophomore year of high school, and while I made some great life-long friends, it was not necessarily in a capacity strictly as a member of the Class of '93.  I'm just not that invested in seeing people I don't remember.

The winter of my sophomore year I quit the basketball team, auditioned for a play and wound up understudying several roles for our school's version of A Midsummer Night's Dream.*   So, for the next two years I stuck around the auditorium of dear old Klein Oak High.

I would eventually play parts in The Crucible, The Rimers of Eldritch, You Can't Take it With You, All My Sons, Rumors, and probably one or two things I'm forgetting.  I was, at best, unmemorable on stage.  And I don't think I want to know what people do remember.  Sadly, my requests to stage Frankenstein, so I could do something a 6'4" high school kid was suited for, went unheeded.

Word came down Monday that DC is cancelling Superman Family Adventures with issue 12 in April, just short of the release of Man of Steel to movie theaters.

On a month to month basis, the series - which was aimed at a truly all-ages audience - was some of the best work at DC in the wake of The New 52 and one of the few monthly DC books (and only Superman book) I would have put in the hands of adults or kids alike to get them interested in Superman.  It also was the only book that understood the basic dynamics of Superman, The Daily Planet, Lois, his extended family and the recurring villains of the Super-books.

Cartoony and goofy, yes.  But so were the first fifty years of Superman comics.

I know sales weren't particularly good, but I also don't know what anyone at DC expects years after comics abandoned trying to be available where kids can find and therefore WANT a comic.  The 18-25 year olds who are going to be buying fifteen iterations on Wolverine and Batman are going to want to even think about how Superman Family Adventures falls in with their hobby.

This is the second time DC Entertainment has ended a brilliant product in recent years for reasons I'm guessing boil down to the fact that the product wasn't in line with the 18-25 year old extreme market.  Batman: Brave and the Bold, an absolutely terrific love letter to the DCU and a great intro to all things DC, ended just around the time The new 52 debuted.  We were told we'd get a gritty Batman cartoon at some point with Alfred carrying guns and shooting at people (so, so many things wrong there).

Mostly, there's just been a complete lack of marketing for the book.  DC put it out there with Free Comic Book Day material, but I'm still not sure how FCBD is translating to awareness and sales for new books for anyone. 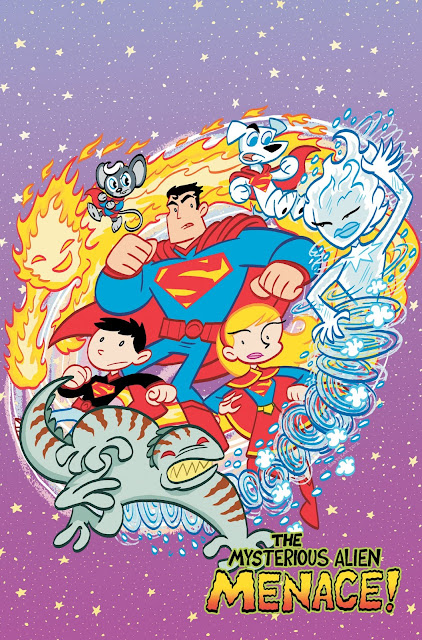 Outside our demographic: The Women (1939)

Nothing says "The League" like a 1939 women's picture directed by George Cukor, but I'd been hearing about The Women for what seems like forever, and I'd never seen a Norma Shearer movie, and as it also had Rosalind Russell and Joan Crawford, I wanted to give it a try. 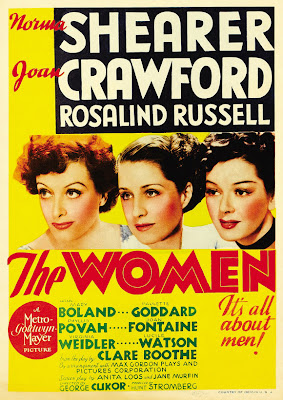 Let us say that this is a movie of its time, and while I salute the movie for never showing a single person of the male persuasion in the film in any way, it's a product of its time in many, many ways that I think had Jamie squirming in her seat throughout the movie.  That said, it actually covers divorce, adultery, acknowledges sex and illicit sex ten years into the Code era in a way that frankly surprised me.
Read more »
Posted by The League at 1/14/2013 11:21:00 PM No comments:

Noir fans are exceedingly lucky to have a few key figures playing ringmaster for the genre mostly out of pure love for the genre.

Eddie Muller is known in some circles as The Czar of Noir.  He's written a few books on the topic.  I read and loved, Dark City, myself.  He also hosts and manages not just the San Francisco based Noir City festival (now in its 11th year), but he also hosts other noir festivals around the country.

I first became aware of Eddie when I went to The Alamo Ritz to see The Prowler in a print restored with proceeds earned for the Film Noir Foundation at Noir City.  He's spent decades tracking down the films and some of the stars, now mostly forgotten except by the noir audience, and out of that - he's an excellent story teller, warm host for interviews and a really decent guy.

My pal Jenifer (@J__Swift) knows Eddie a bit, and so she introduced me at Noir City X.  Eddie was exceedingly kind to a dopey guy from Texas, making sure we got a tour of the Hammett apartment on Pike Street, and we agreed that the cinnamon laced bourbon they were serving was more than a little iffy.

Anyway, on Thursday, Eddie is guest hosting at Turner Classic with Robert Osbourne.

Eddie isn't going to trot out the crowd pleasers, necessarily.  We've already all seen Gilda and Laura.  But he will uncover gems you might not otherwise ever see, and which have special qualities or performances you don't see anywhere else.

Of the films, Eddie selected four and the fifth was chosen by TCM as a special nod to Eddie and his restoration efforts for the film.
I've got my DVR set, and I'm looking forward to seeing the films on this list I've not caught before.  Very much looking forward to the intros we'll see.

You either like award shows for the entertainment industry, or you do not.  I suppose this is true for both participants who have to go to these things, and for those of us who can opt out at home and not watch.

As a media consumer, you either value what an award for a member of the entertainment industry represents, or you do not.  This is also true for the folks who show up for a one-in-five chance of winning a kind of gaudy statue, as well as us, the viewing public.

I won't try to convince anyone to my viewpoint.  That way lies madness.  I don't watch awards shows, and I don't think much of the value of the awards.  I will confess that I am often interested to see what won some of the technical awards and categories such as "score", because it gives me something to consider if I've seen a movie.

This evening I turned on The Golden Globes just long enough to see Lena-what's-her-face win some award for her HBO program, Girls, which I've seen exactly five minutes of, felt terribly aware that the show was aimed at an audience which did not include me, felt I got where this show was headed, and got out before I got emotionally invested in actively disliking everything about the show and those involved.

Because of when I tuned in, all I know is that The Big Bang Theory has fallen from grace with the Hollywood Foreign Press as, this year, it was not funnier than Girls.  Is it possible Louie was not nominated?  Can you see why I can't take this seriously?

I made it for a whole of three minutes before Jamie saw me walking off with my laptop and just turned off the TV again.  I heard enough of Lena-what's-her-face's speech to recognize that it sounded like everyone else's speech.  It sounded like every television or movies award speech ever done that wasn't someone going crazy once they had a chance with a microphone and a massive, captive audience.  This was the banal, overstuffed speech where people who made a thing drop superlatives.