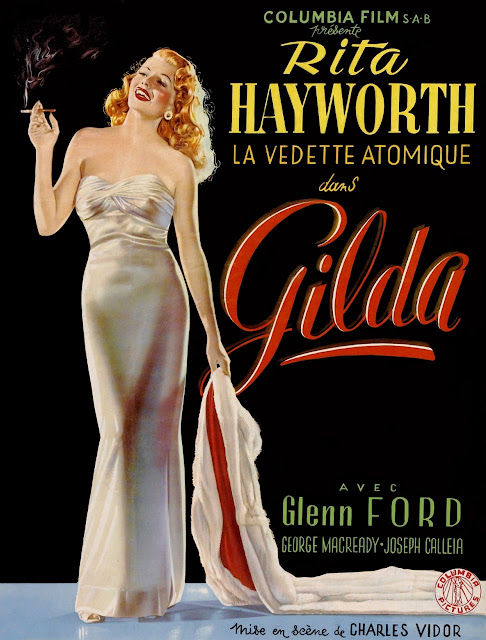 Watched:  09/24/2022
Format:  BluRay - Criterion
Viewing:  Unknown (3rd?)
Director:  Charles Vidor
I don't talk to many people about Gilda (1946), but I know it's considered one of the greats of the film noir movement.  And I knew that on previous viewings, but it's been a while and we finally cracked open my Criterion BluRay to give the film a spin.
It's astounding how *modern* some films from almost 80 years ago can feel (see: Touch of Evil)  Specifically in the case of Gilda, I believe it's in part because Gilda has been so often imitated, borrowed and stolen from, and so infrequently matched and perhaps never surpassed.  So, we've all seen movies, television and whatnot that echoes Gilda, but because it holds its place as a very specific story and, with now practically archetypal characters, to see how well the movie works with intricacy of plot, it becomes a film that is both absolutely of 1946 and timeless.
Credit to the behind-the-lens talent, starting with director Charles Vidor and the handful of talent listed as writers.  And cinematographer Rudolph Mate.
There's endless ink spilled on Gilda but there's a reason it's Hayworth's most enduring film in a career of amazing pictures.  The movie is adult and sexy and noir-as-hell in all the best ways.  Hayworth and Ford are both bringing their top game, and both play stunningly nuanced characters for any era in cinema.
Anyway - it was an absolute pleasure to watch.  I look forward to diving into the features on my Criterion disc.
Posted by The League at 9/29/2022 11:53:00 PM No comments:

For more ways to listen
Well. Against all sense or reason, we did it. Our final episode of intense coverage of Marvel's "Inhumans" comes to lengthy conclusion as we try to figure out what is happening and why and to whom and if anyone might care. We'll ponder Rubbermaid storage on the Moon, moonquakes, and trying to use the same hallway set over and over. Let's ponder a royal family you might just want to rise up against yourself.
SoundCloud
The Signal Watch PodCast · 208 D: "Inhumans" (2017) - Episodes 7 & 8 - A Superheroes Every Day PodCast w/ Danny and Ryan
YouTube
Music:
Paint It Black - Valerie Broussard
Don't Fear the Reaper - Denmark & Winters
Superheroes Every Day Playlist
The Signal Watch PodCast · Superheroes Every Day
Posted by The League at 9/28/2022 10:21:00 PM No comments:

Everything Watch: Everything Everywhere All At Once (2022) 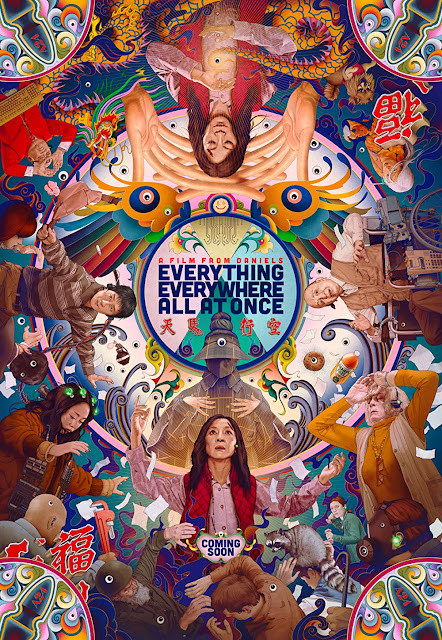 Watched:  09/24/2022
Format:  Amazon Streaming
Viewing:  First
Directors:  Dan Kwan, Daniel Scheinert
Look, one would really need to watch this movie 2-3 times and plan on several thousand words to really talk about Everything Everywhere All at Once (2022).  Suffice to say, this movie was very, very much in the wheelhouse for a lot of us, and if it was nominated for - and then won - awards, I might have respect for the awarding industry and begin to believe that it actually recognizes what cinema can do.
I am painfully and tragically aware that some will watch the movie and say "oh, they were trying too hard" or "that was just weird for weird's sake".  And, if that is your takeaway, I wish you well on your journey through life.  Sadly, you and I are going to view this rock we live on, and our time here, with wildly different eyes.
Everything Everywhere All at Once will be one of the films that I'm going to hold close, because we don't get them very often.  Whether you think the movie is saying something new - and, arguably, it is not - it is saying it beautifully, artfully, and humanely.  And maybe when we need it most.
Sci-Fi and fantasy always are at their best when they are  allegories which may reflect, shift or challenge our views.  And whether we're considering response to a technological change and vast societal ripples or deeply personal stories, the closer we hew to recognizable reality, the greater the impact.  There's a reason we well up as Spock makes a sacrifice for the crew - it's a statement on the logic of serving the greater good, not on the problems of a made-up warp-core technology.  But it's a lesson forgotten again and again in comic books, television and movies, which become about the concepts and less about what it says to the audience about the world or themselves.
SPOILERS
Read more »
Posted by The League at 9/28/2022 05:06:00 PM No comments: 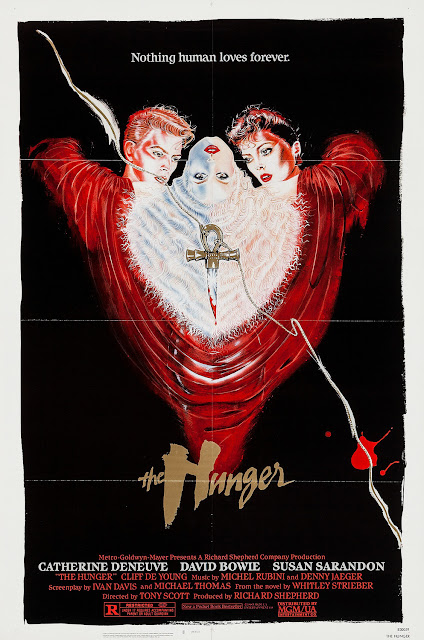 Watched:  08/08/2022
Format:  Bluray
Viewing: Unknown
Decade:  1980's
Director:  Tony Scott
For more ways to listen
Simon and Ryan bite into a legit 1980's cult classic that's big on mood, tone and lighting and shows rather than tells at every opportunity. If sexy vampires are your thing, we've got a cast that fits the bill, while also selling lifestyle porn and a great score. Join us for a movie that really makes it clear why you need a basement incinerator and an attic with plenty of storage space.
SoundCloud
The Signal Watch PodCast · 212: "The Hunger" (1983) - a Halloween PodCast w/ SimonUK and Ryan
YouTube
Music:
Trio in E Flat, Op. 100  - Franz Schubert
Flower Duet/ Lakme - Delibes
Halloween 2022 & all Halloween/ Horror Films
The Signal Watch PodCast · Halloween 2022
The Signal Watch PodCast · Halloween and Horror