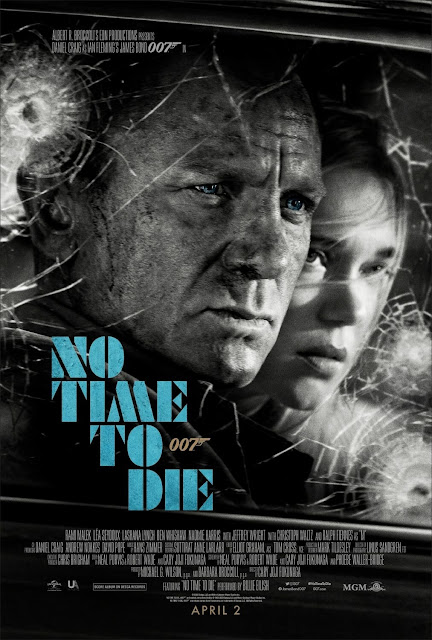 Watched:  01/30/2022
Format:  BluRay
Viewing: First
Director:  Cary Joji Fukunaga
For more ways to listen
SimonUK and Ryan finally get to the final appearance of Daniel Craig as everyone's favorite problematic Brit who isn't SimonUK himself. It's international intrigue, adventure, architecture, and gliders-which-are-boats! Get recruited into another fine installment of our occasional Bond-ian film discussion!
The Signal Watch PodCast · 182: "No Time To Die" (2021) - A Bond PodCast Episode w/ SimonUK and Ryan
Music:
No Time to Die - Billie Eilish
Bond Watch Playlist
The Signal Watch PodCast · Bond Watch!
Posted by The League at 2/05/2022 08:45:00 PM No comments: 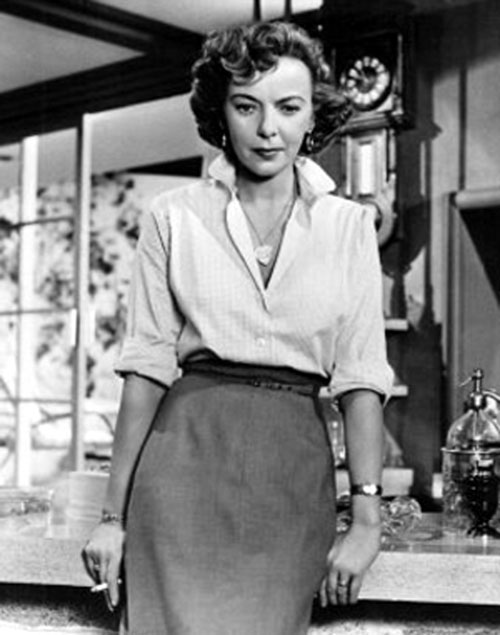 Yesterday was the birthday of film star, producer and director, Ida Lupino.

She's in several amazing films, including a personal favorite, While the City Sleeps.  In the movie, she plays the fast-talking gossip reporter for a major newspaper, who wants to get with Dana Andrews (and does, somewhat on screen enough that you know offscreen the characters hooked up) but he returns to his pure as the driven snow girlfriend in the film's finish.

Dana Andrews made a wrong choice. 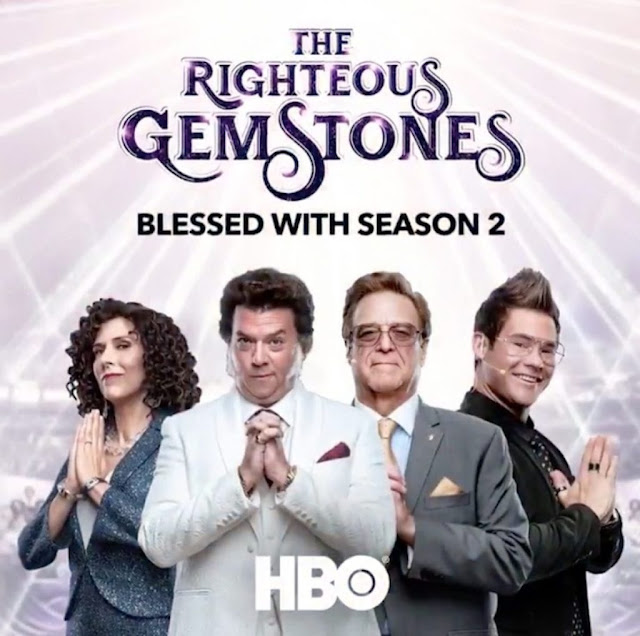 The Righteous Gemstones takes the tried-and-true David Gordon Green/ Jody Hill/ Danny McBride formula of southern-born numbskulls with no filter (Eastbound and Down, Vice Principals) and this time focuses on the family of a highly successful televangelist, Eli Gemstone (John Goodman).  McBride plays Jesse Gemstone, the eldest child of Eli and Eli's now-deceased wife Aimee-Leigh.  Adam Devine plays the youngest child, Kelvin, a man-baby, closeted even from himself.  And Edi Patterson plays Judy Gemstone, the near feral daughter who somehow takes it up a notch even from what McBride is delivering.  Other players include Smallville's Cassidy Freeman as Amber Gemstone (if you thought she was maybe one of the more talented folks on Smallville, she's here to show that notion was correct.  She's maybe too young for the role, but she's great, so let it slide), Jesse's wife.  And, Walton Goggins as Eli's brother-in-law, Baby Billy.
I have to stop there, because one of the fascinating things about The Righteous Gemstones is the massive scale of the show, including the cast.  All those names aren't even scraping the surface of all the characters.  We see a massive sanctuary/ auditorium, each Gemstone has a separate McMansion on the family plot, there's a theme park (Heritage USA, baby!), and a story that sprawls across decades.  The ambition of the show - which is centered on an emotionally stunted, foul-mouthed clan who earnestly believe both in their righteousness and whatever is the last thing to come out of their mouths (no matter how vulgar or insane) and the very real failings of people on a pedestal.  Especially those who would claim to speak for God.
Read more »
Posted by The League at 2/01/2022 11:24:00 PM No comments: 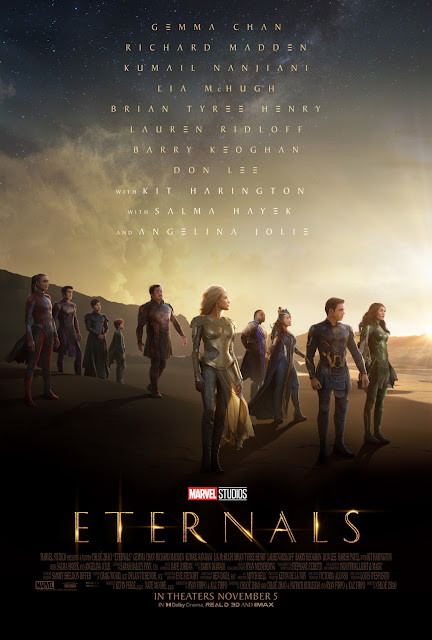 Watched: 01/15/2022
Format:  Disney+
Viewing:  First
Director:  Chloe Zhao
For more ways to listen
Jamie and Ryan take on the 2021 Marvel entry that some has said has an eternal runtime. It's got a cast of thousands, and that's just the Eternals themselves. Join us as we get Kirby-tastic!
The Signal Watch PodCast · 181: "Eternals" (2021) - Marvel Movie Madness w/ Jamie and Ryan
Music:
Eternally - Englebert Humperdink
Eternal Flame - The Bangles
Marvel Movies
The Signal Watch PodCast · Avengers Chronological Countdown (w/ Jamie and Ryan)

Howard Hesseman Merges With the Infinite 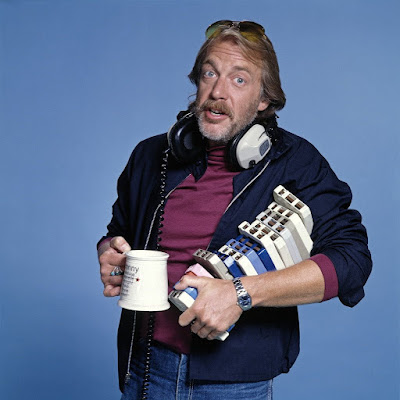 Actor Howard Hesseman has passed.
If you've never seen WKRP in Cincinnati or it's been a long time,  I would encourage you to go back and check it out for a number of reasons.  I think Dr. Johnny Fever is kind of remembered as a kind-of-out-of-it drive-time DJ on the show, but returning to it - yes, he's that.  But Hesseman brought a level to the character that I think you were likely to miss when you were a kid, seeing everything as cartoons.  Johnny Fever is a guy with a lot of disappointments who has seen a lot, and winding up a DJ at a low-rated radio station in the midwest is all just part of the journey.  But under that, Hesseman brought intelligence and heart to the character - same as he would every time he showed up on screen after.
And that's what I associate most with Hesseman, was really the extra layer he always seemed to have in mind when bringing a character to life - that no character would just be a single thing, and they'd have depths that were there once you got past introductions.
Posted by The League at 1/30/2022 12:59:00 PM No comments: 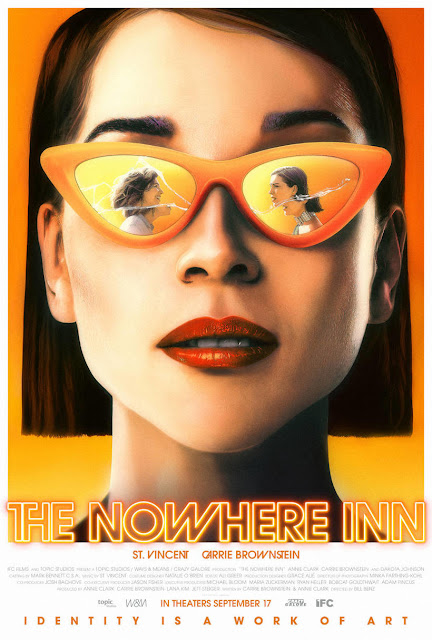 Watched:  01/29/2022
Format:  Hulu
Viewing:  First
Director:  Bill Benz
Rock stardom in the modern era is not what I think it was 30 years ago.  Sure, there are acts that can fill a stadium these days, but in the age of splintered genres, channels, modes of consuming music, etc...  when is someone "famous" as a musician or band?
The Nowhere Inn (2021) is a very small film that can very much feel like Annie Clark (aka: St. Vincent/ aka: Annie Clark) and Carrie Brownstein fucking around with a budget and telling a rock-and-roll fable that falls somewhere between Ziggy Stardust and Lynch and/ or a dozen other "identity" films.  That's not to say it isn't a watchable and interesting film, but it flits between "I feel like I've seen this before", "Oh, this is a very fun bit", and "people are assuming I know a lot more about Carrie Brownstein and Annie Clark's lives than I do".
I genuinely cannot remember seeing a movie before that seemed so unclear on the idea that movies are a mass medium and need to contain everything the viewer needs to know - making references to information I'd be lost without from interviews I glanced at between 6 months and 4 years ago is... a choice.
Read more »
Posted by The League at 1/30/2022 11:37:00 AM No comments: