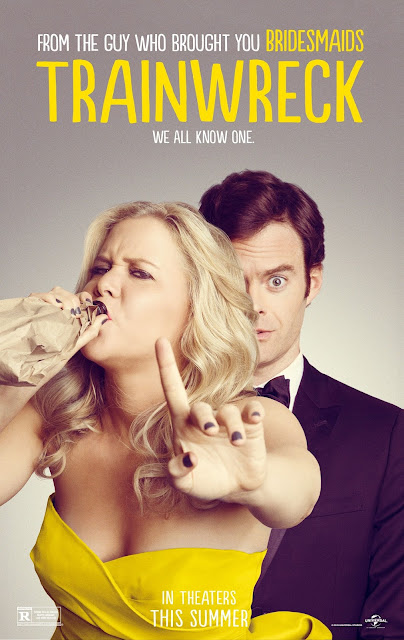 This movie I liked.  Maybe formulaic and predictable, but everything around that was pretty good.  Although Colin Quinn as the Dad of Amy Schumer made me feel 1000 years old. 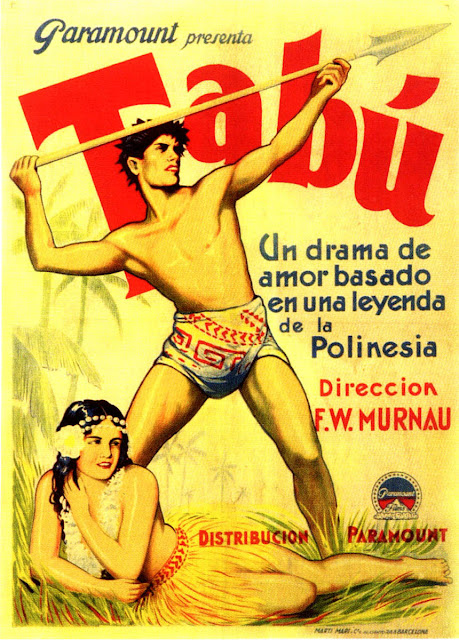 A long time ago in a galaxy far, far away, a young attorney, fresh from law school, suggested I try my hand at blogging.

I know Jim from our days at the University of Texas when we were both studying Film in the College of Communications.  Jim sat near me in our first screenwriting class, and while I have no recollection of why and how we started chatting, it seems it had something to do with comic books.  But I can't remember how comics came up.

We had an intensive writing class together the next semester, and that's when we started talking a lot, and thanks to email, our chatting continued through the end of the 90's after graduation as Jim continued his education about 90 minutes up I-35 at the famed Baylor Law School. 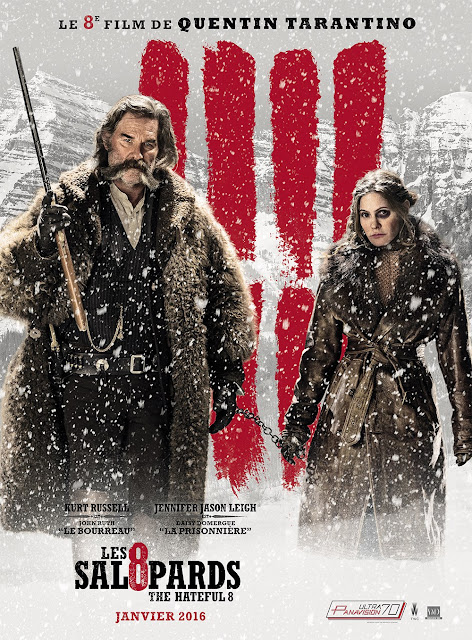 In 2016 I am not blogging every movie I watch.  This seems like a pretty good one to start with, as I really don't feel like talking about the movie.  Let's just say it didn't need to be a three-hour movie, but it's great to see Jennifer Jason Leigh in something.  I like her a lot and she's not in much I see.

But it was a bit of a disappointment as a movie.  So I'm not going to write about it. 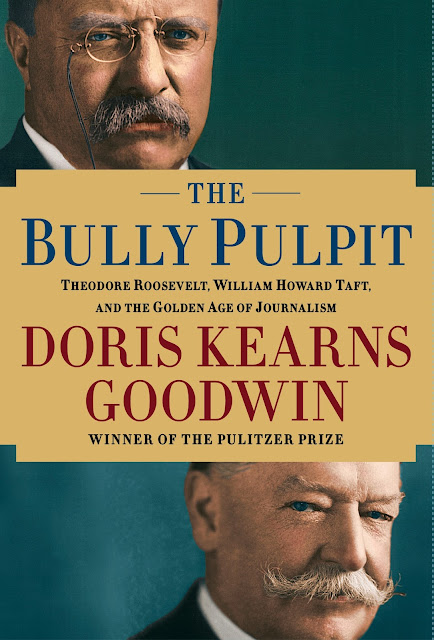 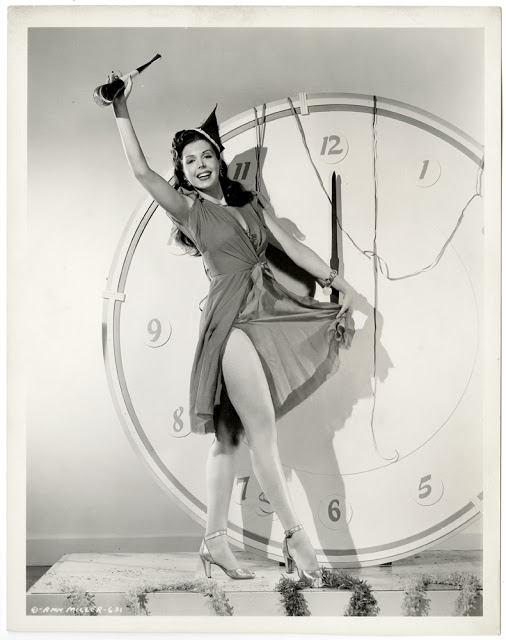 Thanks for sticking with us.  You guys are the bestest. 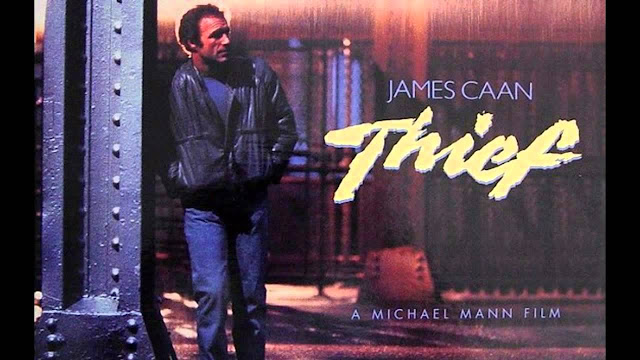 When I came back to the site at the end of 2014, I picked up in 2015 with enough hubris and energy to decide to write about each movie I watched this year.  Unless something weird happens in the next few hours, I am able to accurately state that I posted on every movie I watched which I watched in its entirety in calendar year 2015.

I did not mention every movie I did not watch all the way through, usually because I tuned in for a bit to a movie I'd seen before and wouldn't bother to finish or came in very late.  I also didn't do full write-ups of a few movies, but no one seemed to mind that I had nothing to say about Spies Like Us.


So, in this post - let's talk numbers.  I'll give out awards later.

For the breakdown on a spreadsheet, feel free to click here.  It's also at the bottom of the post, if you hate clicking things.

The last time I kept count was 2012, when I watched just 136 movies.  As I recall, we were watching a lot more TV that year and I was working like crazy.

If we figure 181 movies at 2.5 hours of watching and posting, that's 452.5 hours I've give you people this year, or more than 11 weeks of work.  And it's likely more than that as a lot of the movies were more than 1.75 hours, so let's not think too hard about this before I start really worrying about what I'm doing with my life. 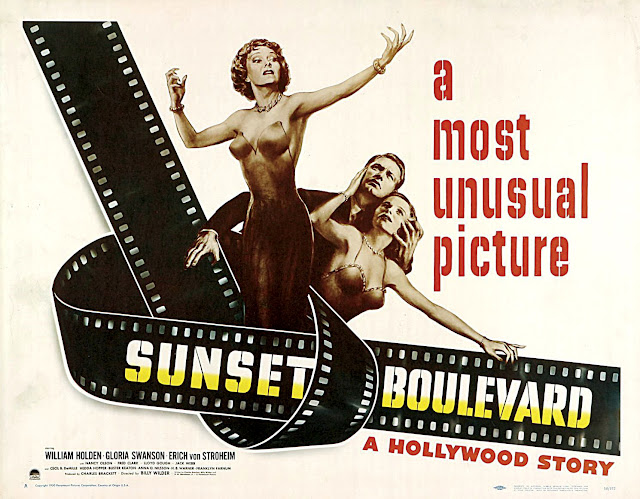 The movie neither begins nor ends on New Years.  Instead, it's the morbid spectacle of New Years Eve in the Desmond mansion that's the crucial turning point in the movie as screenwriter Joe Gillis decides to stop fighting the pull of Norma Desmond.

With a night out (a rarity of late) ahead of us for New Years, I figured whatever I put in at 9:30 PM on 12/30 would be the last movie I'd watch for the year.  Sunset Boulevard (1950) is a movie I am afraid I came to quite late, and one I wish I'd paid attention to years ago, though I am uncertain that - as a 20-something - if I would have seen it as much more than highly enjoyable melodrama and camp.  Certainly I'd understand it was loaded with enough real star power behind it to lend it an air of legitimacy, but it's in watching the movie as an older viewer that the movie resonates in a way that I'm unsure it would in quite the same way for a younger viewer.

Joe Gillis is a down-on-his-luck screenwriter, a tarnished golden-boy, unable to produce the same kind of work that landed him some big gigs in Hollywood in recent memory.  Now, though, at 30-ish, he's yesterday's news, unable to sell a story, laden with debts at his heels, the finance company ready to take his car.

Avoiding those repo men, he turns into an overgrown driveway on Hollywood's famed Sunset Boulevard, finding himself on the grounds of a decaying mansion, an echo of the glory days of the silent era.  Inside he finds former silent star Norma Desmond, an actress who vanished - as so many did as the industry moved from silent to sound.  She's survived, wealthy enough to keep the world outside at bay, her manservant, Max, helping to protect and shield her from the world which has forgotten her and moved on.

"Star Wars: The Force Awakens" is Candy for Morons 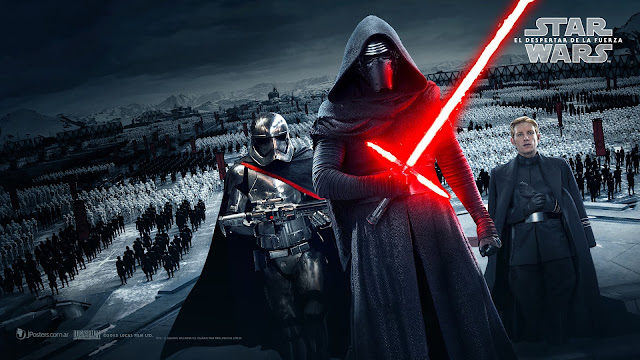 But it is the biggest movie ever, and people seem to like it.  So, if I'm looking for clicks to my website, it's likely I'll write some post with a deeply inflammatory headline to (a) make people who agree with me have something I can link to when I'm internet squabbling with my pals or (b) get folks who did like the movie mad and argue with article in their head.

If I'm mad at the movie, hey, here's the thing that will calm me temporarily until I see some stupid eight year old who's so dumb, he thinks he liked the thing.  If I liked the movies I must read the article to see how I can frame an argument in my head why the author is a stupid jerk who doesn't like good things.

Here's the thing - maybe the movie wasn't the thing that is going to fill that empty space in your soul, maybe it's not quite the cataclysmically cathartic experience your nerdy little life needed, but - no matter.  Just be aware, (a) this is not a culture war worth fighting, (b) yeah, the internet is where you change people's minds, and (c) someone is making money off your clicks.

Not me.  I mean, I literally am not making any money with this site.  But someone at Google is likely making $0.0001 every time you click here, I guess.  Somehow.

In short, stop clicking on those articles.  You'll sleep better.

But when it comes to Star Wars: The Force Awakens, I think we can all agree, it was no Star Trek: Into Darkness.

So, we just finished Goldfinger (1964), and I may have mixed myself a Vesper halfway through. 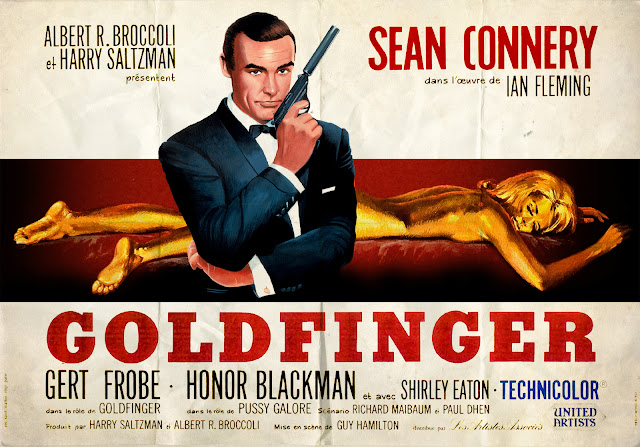 
Shaken, not stirred.  And operate no heavy machinery after enjoying one.

Lemmy Merges With The Infinite 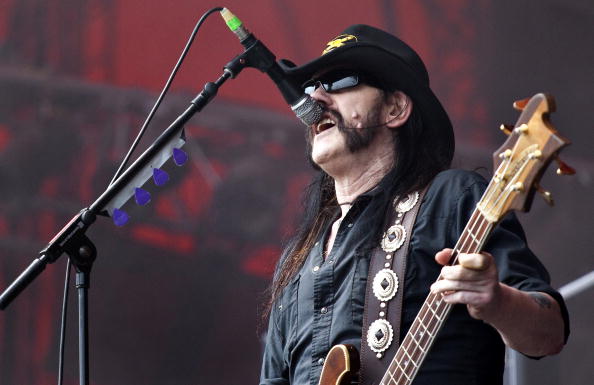 I'm not going to pretend I'm a Motorhead fan, or that I could pick out any of their songs other than "Ace of Spades".  But like everyone else of a certain age-range, I knew who Lemmy was, and was sorry to hear today that he passed.

I read an article within the last year that Lemmy was raging against the dying of the light, still playing shows and pushing on.  The man had a spirit that caught the imagination of folks even like myself who never bought a proper metal album in our lives.

But, hell yes, I just got done listening to "Ace of Spades", because that's what you do. 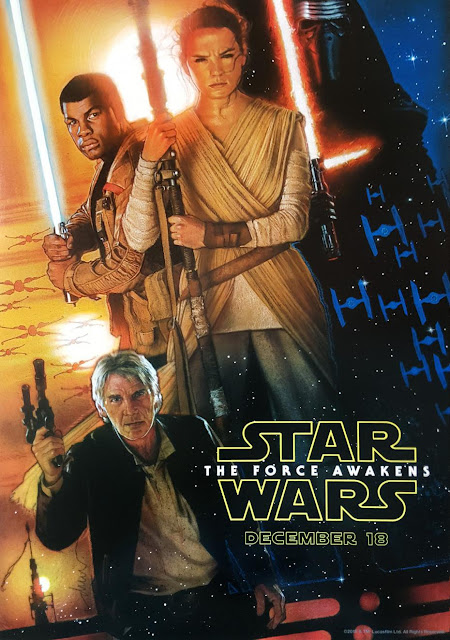 These were the tickets I'd bought a while back when I found out I was responsible for getting my family out to see Star Wars: The Force Awakens (2015).  In case you missed it in my prior Star Wars posts about Growing Up Star Wars back in the 70's and 80's, Star Wars was for me (and a lot of us) a family affair.  So, I couldn't be too surprised when my mom and brother (everyone lives in Austin.  Don't knock it til' you haven't had to travel on a holiday in five years.) separately suggested we get together to see the movie.  In the end, once we added on JuanD, there were eight of us, total, out to see the movie.  Jamie, her dad, my dad, my mom, Jason, Amy, Juan (Solo), and myself.

I now have the official Alamo Drafthouse collector's glass and magazine and all that.