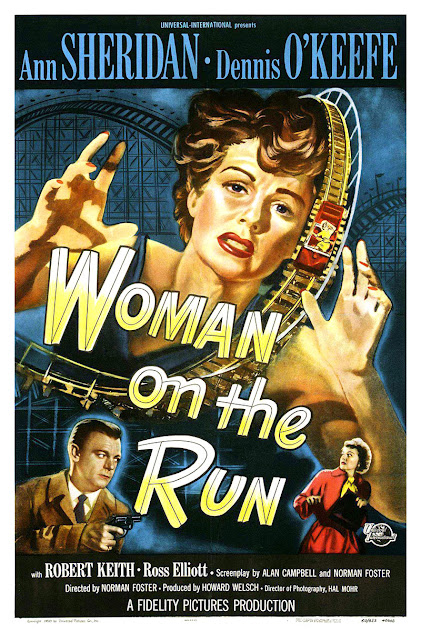 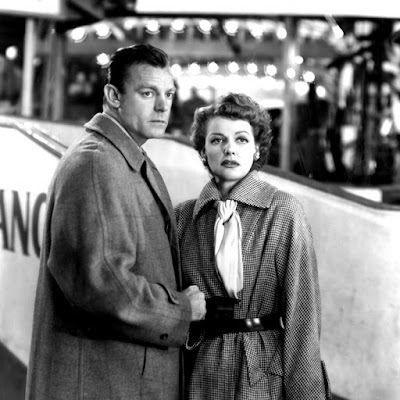 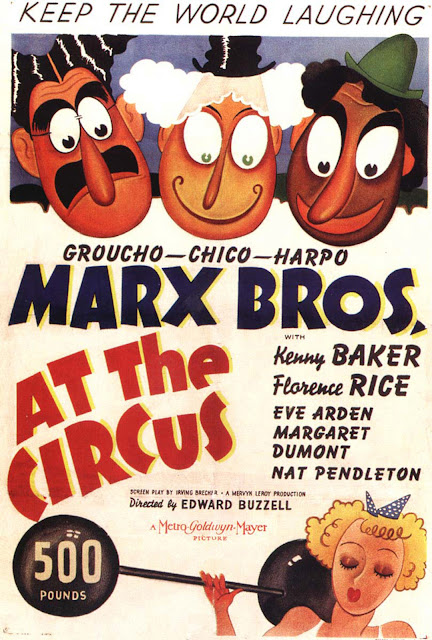 Well, this was a bit of fun.

The Marx. Bros had been in Hollywood a full decade by the time (Marx Bros.) At the Circus (1939) was released.  It''s basically not all that different from A Night at the Opera or other Marx Bros. outings, at least in format.  There's a Groucho song, Harpo plays the harp, Margaret Dumont (bless her) plays the wealthy dowager.  There's a couple in love who have a song or two that would have gone to Zeppo and someone else back in the day. And an antagonist in need of a good come-uppance.

But if you're watching ta Marx Bros. film for structure or plot, something has gone terribly wrong.

All in all, the circus is a terrific setting for the Marx Bros, animals and acrobats and all, setting up an ideal finale under the big top.  There's stunts and great visual gags, a flying Margaret Dumont, and a gorilla.  How can you not like it?

It doesn't hit the levels of absurdity that Duck Soup reaches, but nothing does.

One thing I find curious about the Marx Bros. movies is that some, such as this one, contain scenes with all-Black casts plus a Marx Bros or three.  It's not unheard of for this in other movies, but clearly they were trying to bring people to the screen who weren't always there.  You always cringe a little when you're not sure we're not going to wind up in Blackface (they do in at least one picture), but not here.

The movie also has a terrific scene with Groucho and a very young Eve Arden that now has one of my favorite "breaking the fourth wall" moments in a movie as he bemoans how he doesn't know how to do the scene without trouble from the Hayes Office.

Anyway - we were going back and forth about what makes comedy work, what makes it feel like a movie versus comic actors just doing their thing as the camera rolls, and I'd argue, come back to a Marx Bros movie for what's possible on the screen. 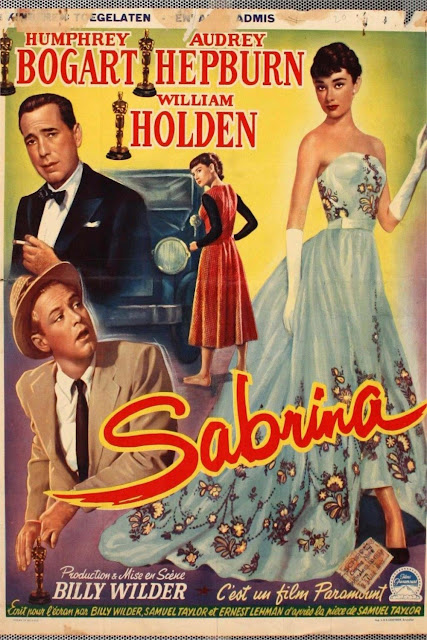