DC's "WTF? Month" pretty much sums it up

As if there were any doubt that DC Comics and I may be at an impasse, thanks to the requirements of the hype machine in the Direct Market, we already know that April is going to be "WTF? Month" at DC Comics.


Check out The Beat for more on this so-edgy-it-will-cut-you promotion.

Extensive bad language below the break.  Proceed with caution. 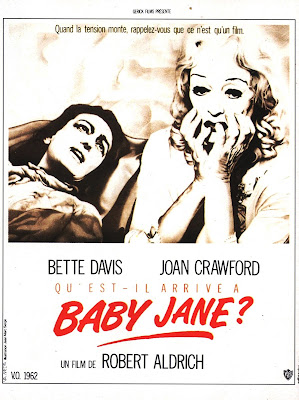 A loose adaptation of the final Brainiac story from the pre-boot DCU.

Should be action packed.

I watched the first 2/3rds of What Ever Happened To Baby Jane? for the first time since college, and its even better than I remember.  Saving the rest for tomorrow, but, man, everyone in that movie is so good.

And, we really need to find me a copy of Straight Jacket.

Also watched a PBS show, Pioneers of Television, that I think Randy originally sent me the link for.  Anyway, the topics was superheroes, and featured Batman, The Hulk, The Adventures of Superman, The Greatest American Hero and (sigh) Wonder Woman.


You can watch the whole thing on the PBS site, so go nuts.


Watch Superheroes on PBS. See more from Pioneers of Television.


Here, Lynda Carter has had enough of your nonsense: 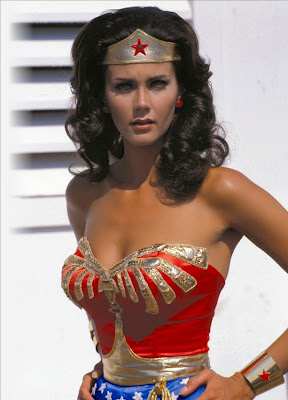 Here's, like, 9.5 minutes of Diana Prince turning into Wonder Woman.  It's kind of weird.


And, as a reminder, The Adventures of Superman is a terrific TV show.

There isn't much to say about the plotting of this second installment of the direct-to-video adaptation of Dark Knight Returns that a generation of comics fans grew up with via the comics page.  The dialog, often the framing, the depiction of characters...  It's likely the closest adaptation I think you'll ever run into that doesn't fall into whatever trap Peter Jackson fell into with his The Hobbit Part 1 that felt like a checklist of scenes with no real narrative push or (dare I say it) heart in its desire to lovingly recreate each beat and scene.  Nor is it the Zack Snyder slavish recreation that misses everything about why Watchmen worked, and figures that showing the same stuff we saw on the panel is good enough, even if all the directorial decisions - like casting, emotional beats, musical selection and cinematography - were completely misunderstood. 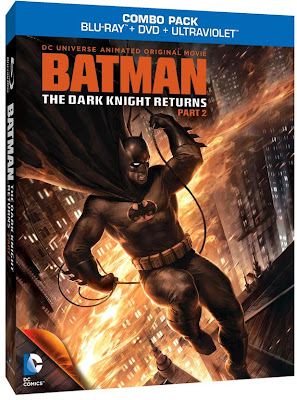 In this second installment, as an audience we've had the opportunity to get used to Peter Weller as Batman (and he's actually pretty great), and we get Michael Emerson as a giddy, cerebral Joker (God bless you, Andrea Romano).  And, somewhat like the 3rd chapter in the Dark Knight trilogy from Nolan, Batman actually takes a back seat to some of what else is happening in the story.  World War III is seething to break out, Superman's relationship with the government is filled in, and against that backdrop, Batman is still running around concerned with cleaning up the streets of Gotham.  You can almost understand how it got ignored for all those years until he retired.

I recently saw a quote from comics creator Faith Erin Hicks noting how dated Dark Knight Returns felt on a re-read.  She's not entirely wrong, but I sort of also sort of rolled my eyes.  It's a work of its time with undercurrents that remain relevant and resonant.

Comics weren't really intended to have a shelf-life when the book hit the direct market, they were commenting on the moment, and Watchmen is no less a piece of the Cold War than DKR.  And we were so ready to forget about the cloud of nuclear annihilation when Gorbachev instituted Glasnost, I'm not surprised that a generation had grown up without the context, and doesn't quite get what it felt like to do duck and cover drills until everyone admits that it's kind of pointless when you're in about 3rd grade.  Nor has the era of street crime that pervaded the big cities been seen in Gen Y's lifetime (although Chicago spent 2012 doing it's damndest to recreate the era that made "Bloods" and "Crips" household names).

So, I was all put out that I didn't know where to get Part 2 of the Supergirl marries Jimmy Olsen story, and Signal Corpsman Stuart of Kansas informed me the reason it sounded familiar was because it was in Jimmy Olsen 57, which I'd previously read.  Normally, that issue would be in a long box and hard to get to, but...

I had recently bought a reader copy that hadn't made it into the longboxes.

So, what DOES happen in Part 2? 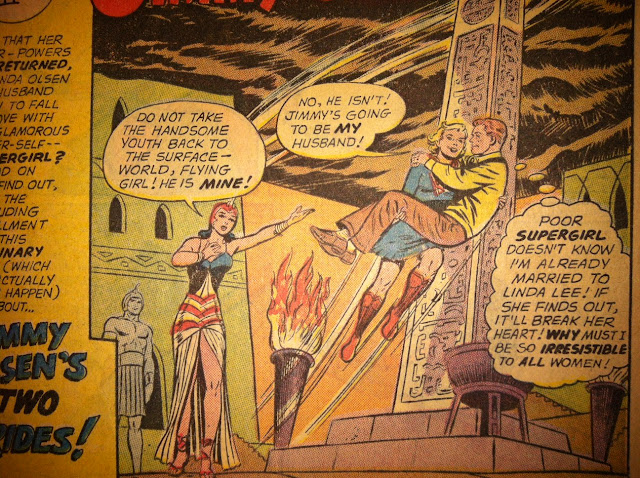 I like Jimmy's odd sense of vanity that runs through the Superman comics.  I envy him his cocksure certainty, but I guess when as many alien princesses have thrown themselves at you as they have at Jimmy, after a while, you have to start believing your own press.

By the way, something went wrong with how I was taking pictures, but I'm running with the weird effect on the pictures in the second half, so just bear with me.  I can't be bothered to take more pictures.

One thing I should make clear is that I didn't really ping to the fact that, while reading the comic last time, this is an "imaginary story", an out of continuity story that explores a "what if?" scenario in the world of Superman.  They're always fun, and somehow up the already batshit-crazy factor in Superman comics by a factor of 1000%.

Who Was in Our Driveway When Google Maps Took a Satellite Picture? 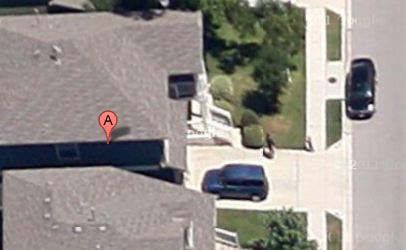 Someone was in our driveway when the eagle-eyed satellites of Google Maps flew overhead and took a picture of our house.

That's definitely my car in the driveway, but I can't tell if that's Jamie's mom's car out front or not.

Judging from the light, it seems to be almost exactly noon when the picture was taken, and it seems it had been raining and was possibly last spring, based on the green of the trees.

At first I thought this was Jamie walking the dog, but she thought it looked like someone with a small child coming up behind.

I have no idea what's happening here in my driveway, but it looks like I was home for the picture.

Somehow I had forgotten about this particular Silver Age tale, but I had read it before. I was going through some back issues I need to read and then file, and came across this story, that I'd either read in a collection of somewhere else, but here is the reprinting of a prior Supergirl/ Jimmy Olsen tale in Action Comics 351.

Here's our set-up. Jimmy and Supergirl are getting MARRIED. Not an uncommon starter to a Silver Age Superman story.

No, this is not scanned.  Yes, I snapped these pics with my iPhone.  You get what you pay for at The Signal Watch. 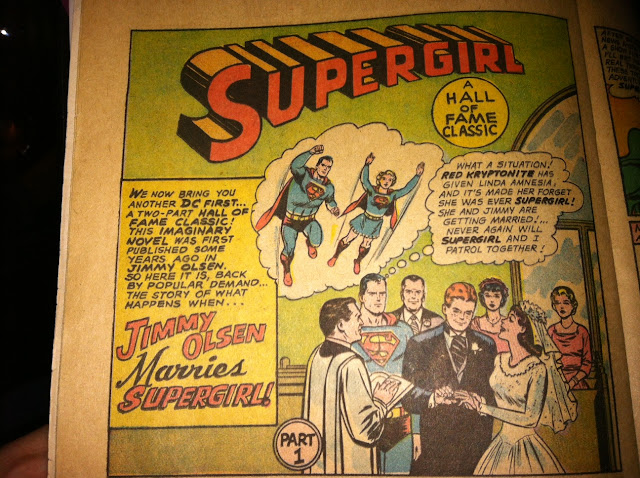 This tale unfolds during that weird period of actual plot development that occurred when Supergirl arrived on Earth.  During this story she's still living in the Midvale Orphanage where Superman was keeping her a secret from the world so she could act as his "secret weapon".

Yes, Superman stuck his poor cousin in an orphanage after she arrived on Earth after watching her parents slowly die from kryptonite poisoning.  And then asked her NOT to get adopted.  True Super Dickery.

In case Superman's inner-monologue above did not tip you off, for reasons that are really too inconsequential to go into, Jimmy is visiting the Midvale Orphanage.  Lest anyone not know and marvel at the fact he knows Superman, he presents the orphans with his Superman collectibles, including a rare, radioactive space rock which may or may not be lethal to humans.