You can also see our fine work at:


Who is The League?

The League resides in Austin, Texas.  He is mid-40-ish, cohabitates with his dog, Andre, and his lovely wife, Troubles McSteans.

He does not know when he began reading comics, but family-legend has it that his first word was (no fooling) "Batman", thanks to the power of Adam West and syndicated reruns.

The League attended and graduated from the University of Texas with degrees in Radio-Television-Film and History.  He has worked in a wide variety of fields as an IT manager specializing in the higher-ed environment.

He has written for Texas Public Radio, Film Fodder and other sites.  He is the producer and host of The Signal Watch PodCast.


For more information and the history of "Why 'The League'?" and "Why 'Melbotis'?", you can click here to learn more.


What does "The Signal Watch" mean, anyway?

"The Signal Watch" refers to the watch given by Superman to his pal, Jimmy Olsen, which would emit a super-sonic sound detectable only by Superman, but which was depicted as a "zee zee zee..." in the comics. Jimmy was to use the watch only when faced with mortal danger. Which happened monthly.

We invite you to read other meanings onto the name, as I assure you, we mean those as well.

Just as Superman had an extended family, so, too, do we hope that we can make you part of the Signal Watch family.


One thing that a blog can provide that other social media does not is a sense of community and discussion.  I can write about this stuff for myself, but it's a lot more fun when you chime in.


What's on this site?

Film
For several years, we've focused on film at The Signal Watch.  We create a post for every film we watch, even if it's just to acknowledge that we did see it.  But most of the time, we try to offer some light review, often including personal perspective.  While our film consumption isn't as diverse as it could be, we also don't consider this a niche film review site - we aren't just focusing on superhero film, sci-fi or noir.
From the film review, we've spun up the Signal Watch PodCast, which is mostly film discussion.
Superman

The blog will often shine a special spotlight on Superman, the Man of Steel, created by Jerry Siegel and Joe Shuster, and first published by National Periodical Publications in 1938. Today, Superman comics, movies, etc... are produced by DC Comics, a division of Time-Warner.

We tend to believe Superman is pretty keen.

We encourage our family of readers to explore the many different models and genres of comics, from Sunday newspaper strips to literary work, autobiographical work, experimental, historical and everything inbetween.

For a long time, we focused a lot on DC Comics, but in recent years, that picture has changed.  But we're still pretty keen on the characters and world of DC Comics.

Same rules apply for TV and film.  Especially in this era of television finding new and interesting shapes to take on.

You can't know where you're headed if you don't know how you got to where you are now.  No matter how much I enjoy the fantastic worlds of film and comics, the real world is always finding ways to be more interesting than anything people make up.  Even with crime-fighting aliens and whatnot.

I'm an American, and as such, find American history pretty darn interesting.  So, look out for that, I guess.  Especially discussions of Theodore Roosevelt, the 26th President of the United States. 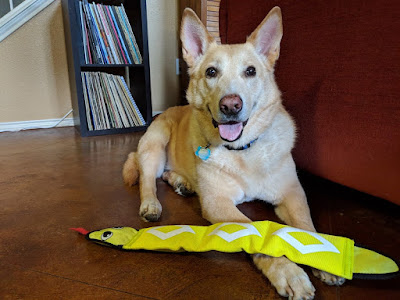 That's my way of saying - at the end of the day, this is my personal webspace, and, sometimes, this site is a personal journal.  I know that's not what people do on the internet anymore, but that's how it's gonna be.  I hope that's all right.