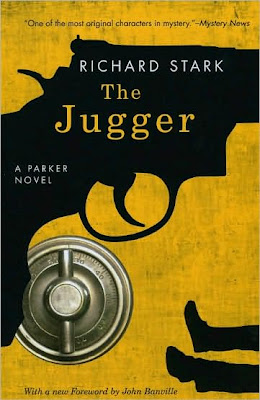 On Saturday night, the Noir City festival scheduled two films from the 1960's, both starring Angie Dickinson and Lee Marvin.  Angie Dickinson appeared as a special guest and we all got to enjoy Eddie Muller's interview conducted on stage.  I am happy to say that Ms. Dickinson lived up to the hype.

This year's Noir City programming strayed into (gasp) some color-era films, which immediately raises eyebrows and draws some suspicion regarding whether its true noir, at least partly because the societal forces that drove the era most thought of as noir were now passing into the rearview mirror.  By the 1960's, we'd had World War II and Korea, and were headed for Vietnam, but the US was firing on all cylinders economically.  But the underlying questions of the corruption caused by wealth (or opportunity for wealth), and the irrational things a guy will do for the wrong girl seemed as universal as ever.

The Killers (1964) is, ostensibly, based upon the Ernest Hemingway short story of the same name, but is really based upon the 1946 film starring Burt Lancaster and Ava Gardner.  Only the barest hints of the original short story remain, and the template of two intimidating thugs shaking down unprepared chumps wasn't exactly fresh by 1964. 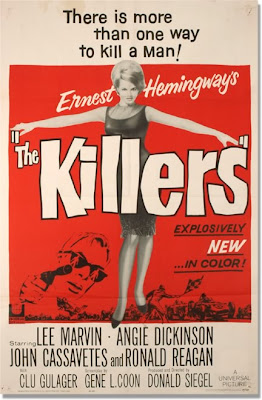 Still, the movie works in all the ways it should as a competent heist movie.  As mentioned, the film stars Marvin as one of the pair of contract killers and Dickinson as the love interest of John Cassevetes as the film's protagonist.  In the world of seeing things you thought you'd never see, the first shot of Ronald Reagan* as Jack Browning (Reagan's final film role) paired with a pre-Mr. Roper Norman Fell as his thuggish companion drew an audible reaction from the audience at The Castro.

Point Blank vs. The Hunter

Because I think Darwyn Cooke is a good drawer, a while back I picked up his graphic novel adaptation of Richard Stark's (aka: Donald Westlake's) crime thriller The Hunter. 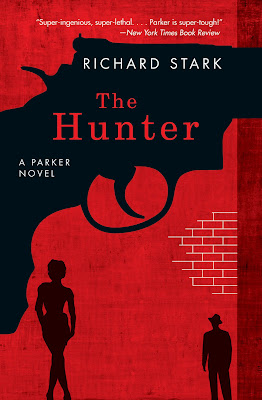 ironically, the cover image of the novel is stolen from a scene in the movie The Big Combo. Great movie, by the way.

I didn't know anything about The Hunter other than that people seemed pretty keen about Westlake's work, and I picked up on the fact that the Parker books seemed to have a cult following.

The first installment in the Parker series is a fairly slim pulp read, a form of book you don't see much anymore, but that used to be a fairly popular consumer product. A lot of books like this used to get published, and every once in a while something would work better than expected, and you could wind up with the next Doc Savage, The Shadow or other pulp favorite on your hands.

Anyway, long story short, I was blown away by Darwyn Cooke's adaptation, and convinced I'd need to read the actual book. Long story short, I did read the book, and it was just as good on a second read, even without the power of Cooke's illustrations.

It's also notable that Cooke stuck as close as possible to the actual novel as possible, meaning that the adaptation is certainly its own entity in a way, but it also had the approval of Westlake who had previously allowed the story of The Hunter to be sold and adapted at least twice before that I know of, but had required that Parker's name be changed in both instances.

You can read about the adaptation and see pages here.

I'd not seen either filmic adaptation, Mel Gibson's Payback or the Boorman directed, Lee Marvin starring Point Blank, and so decided to check out a Boorman movie before I broke my self-imposed Mel Gibson hiatus (excluding Mad Max films).

If you were going to cast Walker (as he's named in Point Blank), Marvin is as good a fit as you were likely to get in 1967. And, John Boorman as good a director. That's high praise, by the way.

I'm not clear on whether Westlake asked that Parker's name be changed before or after reading the script, but I'm sort of glad that Westlake did so. Parker can remain Parker, and Point Blank is not Parker's story from The Hunter. They changed just enough details, and the studio didn't know how to tell the story without adding in a girl and dialing down Parker's anti-social/ sociopathic character. 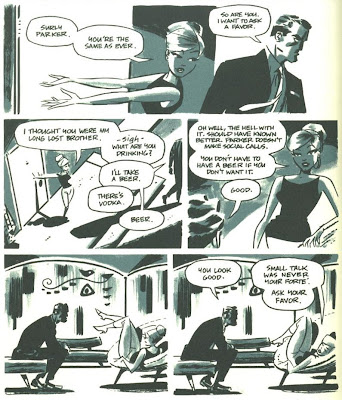 a scene from Darwyn Cooke's graphic novel adaptation of The Hunter. I think Dickinson's character was an expansion on this character.

That said, Point Blank is a great piece of that span of cinema that lasted from the mid-60's to almost 1980. For a bit there, they were actually following the "show, don't tell" school of thought when it came to storytelling. That whole concept was pretty much chucked by the time Arnie was a major star and you had to hear about how awesome "Dutch" or "John McLargehuge" from his colleagues before Arnie had so much as an entrance. 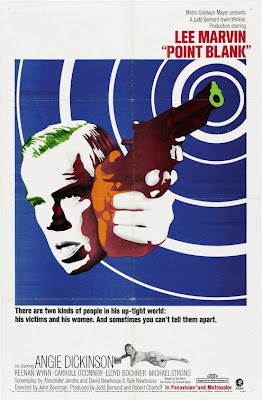 This movie is about a hand, a gun, Lee Marvin's head , a tiny Angie Dickinson and the Doppler Effect.

In some ways, Marvin's portrayal of Walker must have been a bit of a surprise to audiences used to a hero rather than following a protagonist. As in the actual two Parker books I've read (waiting on the third, btw), Parker is more of a protagonist rather than anybody's ideal of a "hero". He's just the perspective we're following the story through. So, when we see Walker beat the holy hell out of a couple of guys, shoot before asking and accidentally send a key character to his doom... its not with any sense of moral vindication, false or otherwise. That's just what's going to happen with Walker.

While I'm a huge fan of characters like Superman and think part of what makes Superman nifty is his conviction to a higher moral ideal, its just as fascinating to see a character just as fully realized who has a completely different steering mechanism in place, and not one made of false bravado or BS machismo.

Anyhow, I actually highly recommend Point Blank as a movie, and am choosing to think of it as a separate entity from its source material. As a stand alone movie, Point Blank is a good, gritty crime drama.


An emotional and primitive man? They kinda did take a different direction from The Hunter.

I'm so out of the loop, I feel a bit awkward talking about direction, but I do like how the film hangs together, so I suppose Boorman did a pretty darn good job. The tension is right, and while I felt the urgency of Walker's hunt was a bit different from Parker's, it's pretty strong stuff. And you have to love some of the opening exposition, and how that's put together.

Dickinson could have been just eye-candy (and how!), but her part, which is mostly made up for the movie and seems loosely based on a minor character in the book, is an interesting addition, and Dickinson is given some interesting scenes. It's an odd departure as it dilutes Parker's reflections on Lynne from the book, and gives him a new point of interest, which is one of those places where you realize the filmmakers were just going to make their own movie. 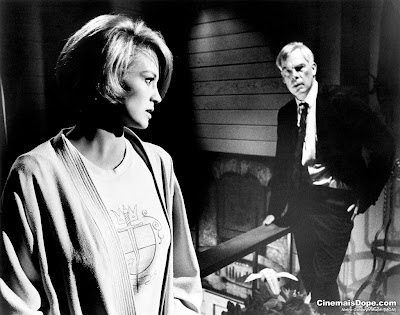 Dickinson and Marvin worry about crime during the swinging sixties

Anyhow, recommended. Check it out.