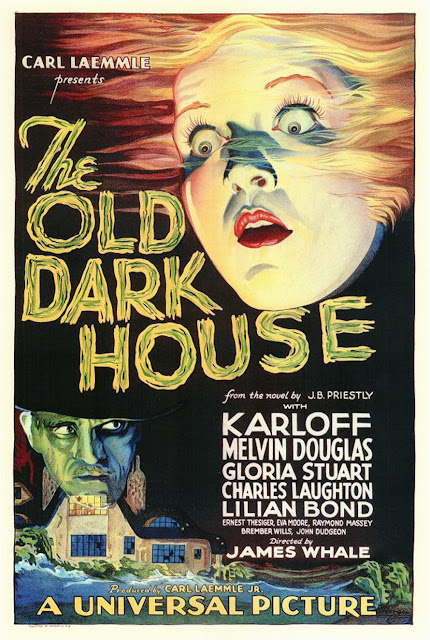 Our story begins as a trio of young English urbanites travels across the countryside in the rain and realizes they really need to seek shelter.  The first and only place available is a large, stone manor house where they're allowed in, but hardly made welcome.

Inside they find the near-troglodyte butler, Morgan (Karloff), and aging siblings Horace and Rebecca Femm, living out some sort of paranoid delusion and at odds over Horace's oft-stated belief in nothing while seemingly being terrified of everything.  The trio (a young couple and their rakish friend) find their gratitude and good manners falling on deaf ears.

No sooner do they settle in for supper than another couple arrives - an up and coming businessman and the showgirl he has for company.

The visitors begin to tell personal details, seemingly great secrets about themselves, but those seem to pale in comparison to the secrets within the house.  Oh, and the fact the gigantic butler likes to get drunk and wreck the place.

It's a slim script, and like the other two Whale films I mentioned, perhaps more about character beats than the actual plot.  It does have great moments for Thesiger and Eva Moore, who plays his sister, and the sort of camp moments that Whale was pioneering are in full bloom here.

It's a tough movie to talk about without spoiling it, and as I went in knowing nothing, I'd recommend the same for you.  But in the Whale-manner, it's deeply, darkly funny while also managing to create unsettling characters who care nothing for whether or not they're putting you on edge, and frankly are happier for it if they have set you off kilter.  And, of course, gloom and peril are all around the periphery.

And, yes, this is the other movie that made a minor star out of Gloria Stuart (the big one being The Invisible Man) who you will know as the older version of Rose in Titanic.  She's usually the image from the movie you see - the willowy blonde in the white cocktail dress making her way around shadowy corridors of the manor. 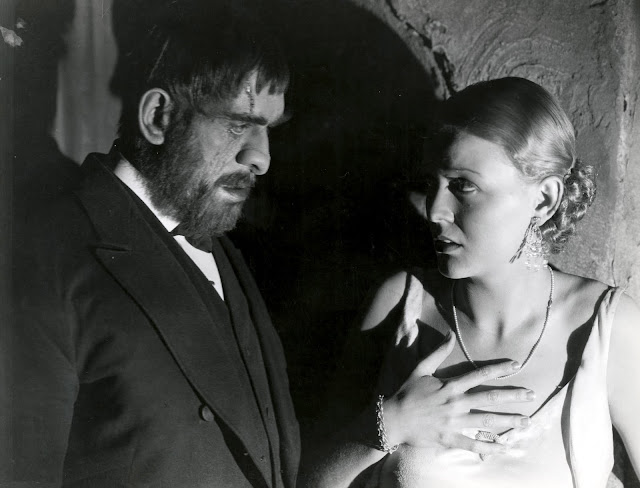 It is the sort of movie that will make you say "well, that escalated quickly", and, indeed it does.  If it has a fault, it not that the film is overly dull.

It's a rough categorization to call it horror, but it does have enough elements to fit the bill, including the presence of some less than benign spirits.  All in all, it's just mostly a "weird" movie, in the classic sense of the word.  Unsettling and eerie.  And none of that is a complaint.  James Whale knew what he was doing, and he knew oddballs were far more fascinating than the normals, even in lovely white dresses.

How does it compare with The Raven and The Black Cat?

I can't speak for "The Raven", and it's actually worth comparing to "The Black Cat". I think Black Cat is probably a better script with more going on - sort of like the Frankenstein to Son of comparison, but I like what Whale does so well, it's worth a viewing just to see the madness.