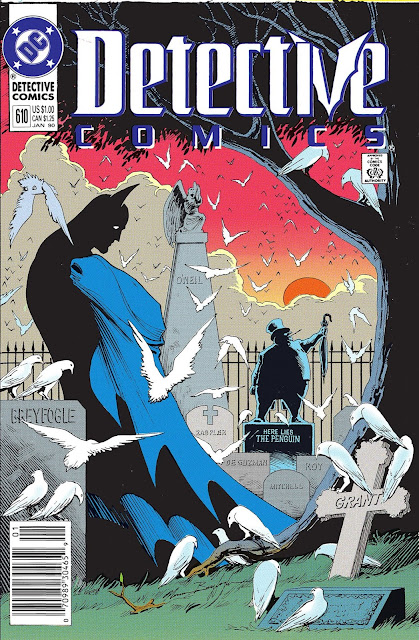 When I got into comics, like any 10 or eleven year-old, I didn't really know how they worked.  I had no guidance, and no one was around to explain them to me.  We had spinner racks at the grocery, shelves at drugs stores and 7-11, and however B. Dalton and Waldenbooks wrangled their comics that week.

Pretty quickly I went from just grabbing random comics to gravitating to Uncanny X-Men and Batman comics, especially once I figured out that I could get two Batman comics every month with Batman and the oddly named Detective Comics.

It was a hell of a time to get into comics.  What was okay to do in art was changing fast. 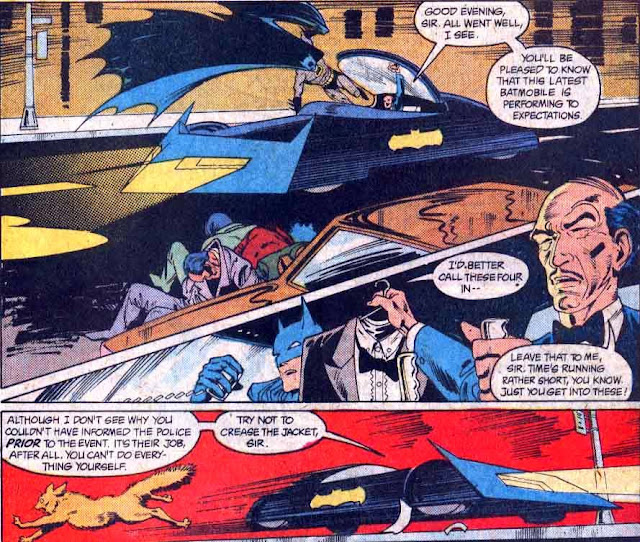 I loved what I considered "well done classic style" that I got from Jim Aparo but I also loved that when I wasn't looking at Aparo's mastery of a certain DC illustrative style and his pitch-perfect take on the Bat-cast (I mean, his Commissioner Gordon and Joker are still the ones in my head), in the other Bat-comic, usually Detective, I could see the work of Norm Breyfogle.

Breyfogle's Batman was *intense*.  Rendered in angles and silhouettes, disappearing into abstract shapes of the cowl and cape, all angular lines when he was in action, he was a razor sharp figure cutting a path through the Gotham night (in the coolest versions of the Batmobile outside of Adam West's ride).

Breyfogle's panel and page layout broke into jagged spokes from time to time, characters disappeared into blocks of color - faces peeking out of hoods, under hats, from shadow.  If Aparo made Batman plausible, doffing the cape for a smoking jacket as Bruce Wayne, Breyfogle's world bled into surreal cartoon expressionism.  Icons broken down into shapes powering above, below, between the monolithic structures of Gotham. 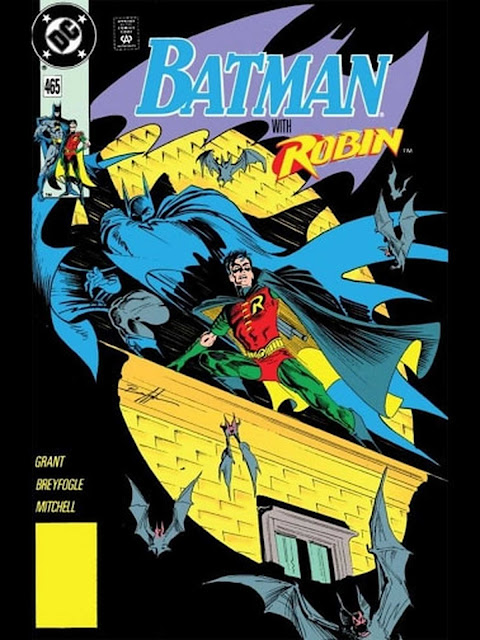 Writer Alan Grant and Breyfogle made one of the classic teams of comics - one of those things that the kids need to learn more about.  A wide variety of villains, new and old (I believe they debuted The Ventriloquist and Scarface - who would be amazing in a movie, btw) ran across short story arcs of 1 - 4 issues. 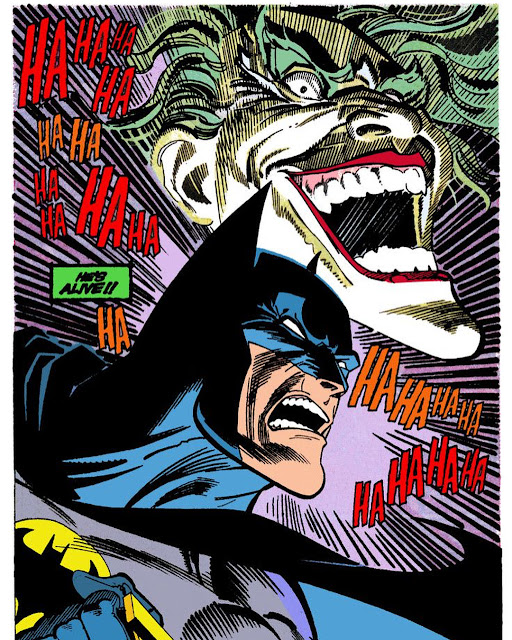 But, yeah, in an era where artists like Bill Sienkiewicz were out there on the bleeding edge, Breyfogle was on the flipside of the Aparo coin showing what you could do with art to push a story and tell more about a character.  He wasn't going to work like a craftsman like Aparo, he was going to give you ideas and concepts pushing the look and feel of as mainstream a book as you were like to pick up.

And me and every other reader of the era sought him out.

Heck, I remember just looking for Aparo and Breyfogle on these comics at the time, and if it wasn't them, some other title was maybe getting my money that month, leaving really weird gaps in my Batman collection. 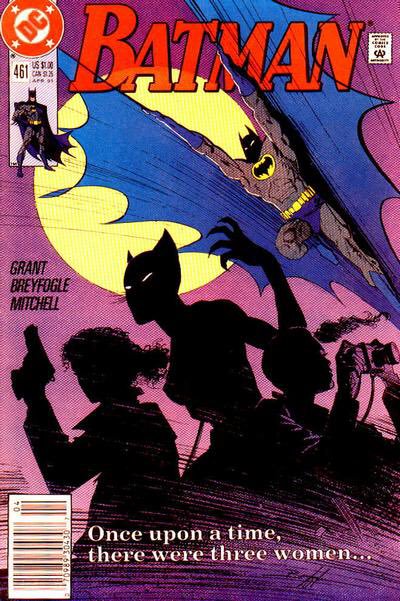 Eventually I wandered off from Batbooks - it may have actually coincided with Aparo and Breyfogle moving on to other projects - and lost track of Breyfogle who did all sorts of curious work after the bat-work ended.  I do remember when you could start buying original art and commissions online, I immediately sought out Breyfogle, who was backed up enough with commissions that I didn't even try. 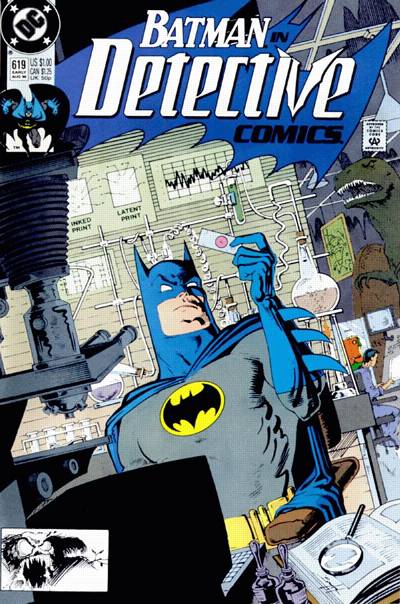 A few years ago, Breyfogle suffered a debilitating stroke.  I don't have many details, but he did stop working at that time.  Had he been able to get back to work, I think you would have seen him join the ranks of senior talent currently guesting and doing covers around DC.  I certainly would have been looking for his work again.

There are so many of us who loved this guy's work, who loved seeing Batman and his world through Breyfogle's pencil and pen, who have been chasing the high of his work since we were twelve.