We're trying this thing out where we're trying to stray a bit from the "let's talk about a movie" formula and we delve into comics and the people who love them.


It's the launch of "Secret Origins", where we talk to comic-folk about how they got into comics and how they got to where they're at as collector, creator, comic retail pro, etc, et al. We start off by visiting with the manager of what's been our longtime LCS (Local Comic Shop, for you new kids). Get to know Comic Book Brando, our own Brandon Z! Learn about Austin Books and Comics, its sister stores, and two guys discussing the winding paths to comics fandom.

For more Kryptonian Thought-Beast, you can always visit our, uh, satellite site?  Something like that.  OR our sister Soundcloud.

The Center of Austin Fandom below...! 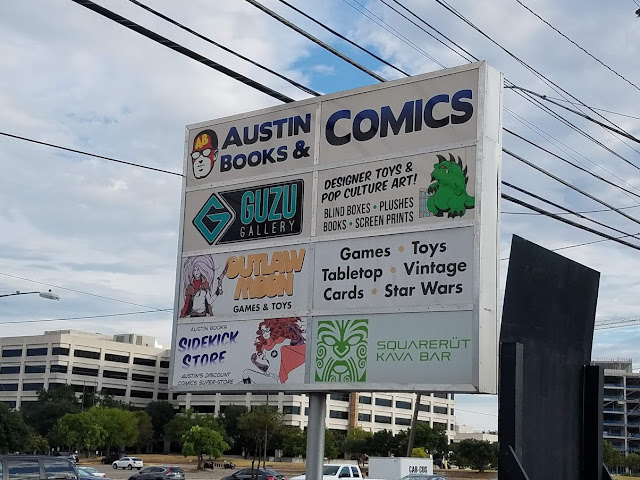