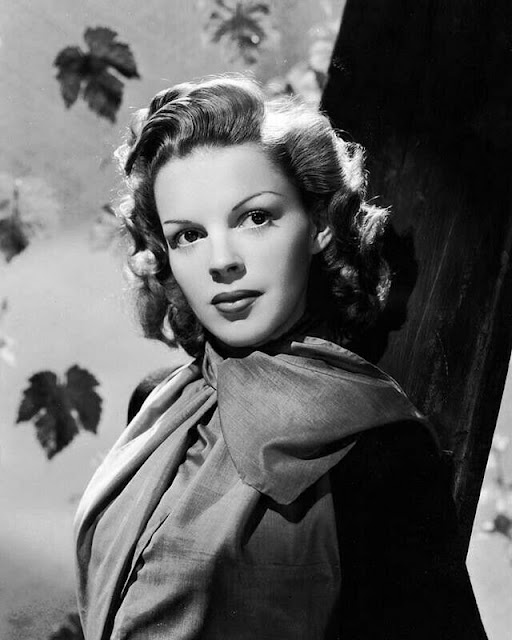 June 10th marked the 100th anniversary of the birth of Frances Ethel Gumm, who we all know as Judy Garland.
Garland was a star from almost the time she could walk, and was a performer of stage and screen until her untimely passing just 12 days after her 47th birthday.  I am now older than Judy Garland ever was.
I would be very curious to know what the average person on the street thought of Garland during the 1940's til her death.  To put it mildly, her life was tumultuous.  And I am sure the movie magazines and gossip columns covered that, but most people couldn't have known much about her issues at work and at home.  She simply had to have been a given - she had been on screen since before The Wizard of Oz, and even if she disappeared for a while, she always seemed to return, whether it was television or stage shows.
But the studios seemed literally cruel to her, in ways that anyone should share with their starry-eyed kids considering a career in show-biz, both in front of and behind the lens.  But in the end, though she's been gone for almost 53 years, she's still a draw, whether it's folks tuning in for Easter Parade or Meet Me in St. Louis or The Harvey Girls or Wizard of Oz.  A few people can name directors or studio chiefs, but folks will still stop to see what Garland is doing on screen.
I don't know if it's a triumph or a tragedy.  But you also can't imagine movies without her.
Posted by The League at 6/11/2022 12:59:00 AM