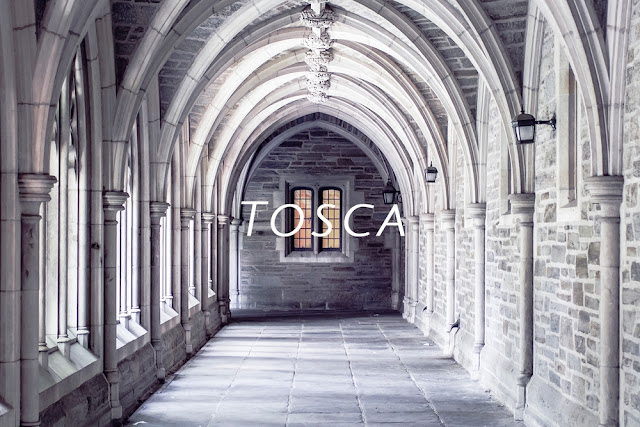 I didn't post last night, so I feel obligated to check in.

I've been down in San Marcos, south of Austin by about 30 minutes, for work the past two days.  Always good to catch up with colleagues and whatnot, and, frankly, it's probably easier getting to the library at Texas State than to my own building every day.  The commute is about the same.

This evening Jamie and I had dinner with the lovely Margarita G., a former local, recently returned, and one of the many folks I've met inadvertently through JimD.  Lovely person, and I look forward to seeing more of Margarita around town.

Somehow I came home and went down several Google holes, including playing Barba Streisand tunes from YouTube to see how long it would take before Jamie asked me what I was doing.  The answer is: 6 songs, and it really took "Papa Can You Hear Me?" from Yentl before she finally started asking questions.

This all somehow got wound up in me simultaneously listening to circa 1980 pop sensation Juice Newton when Paul's ladyfriend, Val, posed on Twitter "whatever happened to Juice Newton?"

I'm not sure, but do I remember Juice Newton?

Opera Watch: Götterdämmerung - We Wrap It Up with Opera #4

People, let me start at the end and the advice I have for you:

If you see some gold at the bottom of The Rhine, just leave it.


We broke up the fourth and final of The Ring Cycle Operas up into three separate viewings, one per act, as the opera stretched over roughly five hours of TV time. Götterdämmerung (in Ingles, The Twilight of the Gods) catches us up with our hero, Siegfried and his beloved bride, the fallen Brünnhilde as they make pronouncements of eternal love to one another. What we know, that they did not see in the previous scene, was that The Norns (basically, The Fates) have foreseen the end of The Gods and bad times for everyone associated.

Again - I know absolutely nothing about opera.  Nothing.  I'm also not particularly up on my Germanic/ Norse mythology, my Wagner, or basically anything to do with what I've committed upwards of 18 hours to watching.  And, you know...  it's nice to try something outside of my 21st Century comfort zone, especially when I can do it from the comfort of my living room using the power of DVR, HD TV and state-of-the-art, semi-avante-garde (by opera standards) production.

Musically, the show is familiar in part because it's been endlessly repurposed over the 20th century for cartoons, movies, commercials and television.  Most famous is the "Ride of the Valkyries" theme from the second opera in the cycle, which everyone knows at least in part because of the helicopter scene in Coppola's Apocalypse, Now.  Hell, this cycle of operas provides the reason behind the common imagery of the zaftig broad in the viking helmet with a spear belting out the high notes.


The production shown on PBS last week was not the one recommended to me a few months back.  That was the 1992 production, also recorded at the Metropolitan Opera in New York.  While the production made it to DVD and the sound quality is excellent, the video suffers from the limitations of the time and an insistence by the videographers to shoot the opera more or less from an audience member's distant vantage.  I can't comment on the vocal performances knowledgeably, but the actual acting performances in this version are noticeably stronger and assisted by the camera's ability to get in much closer.

Y'all, I'm kind of not going to be posting this week.

Because Wagner's The Ring Cycle is going to be playing every night this week on PBS.

For some reason this opera keeps crossing my path of late, and I think it's all leading to something, man.

It's got mermaids and trolls and gods and valkyries and dragons and all kinds of crazy stuff.  It's the basis for half the fantasy, comics, sci-fi and bigger-than-life entertainment we enjoy today.

It's going to be a blast!

So, put on your viking helmet, dust off your love of Bugs Bunny cartoons, and we can all rock out to some old fashioned Wagner.

And of course I got distracted and decided Germanic/ Norse Mythology by way of Opera is Really, Really Important

Back in college my pal Bryan Manzo was a music major, and one night (I cannot remember why), he started telling me about Richard Wagner's Ring Cycle of operas.  Based on Germanic and Norse mythos, the 4 operas (usually performed over four separate nights) trace the fate of gods and mortals in pursuit of a ring that will lead to obtaining untold riches (enough to rule them all).   There are dwarves who live beneath the Earth, broken swords in need of reforging, dragons, etc...

It's no secret Tolkein was riffing on these ideas when he set out to build his own complete mythology in Lord of the Rings.  It's for someone else to say whether he expected audiences to understand his references when the book saw publication.

Characters in the opera include Wotan (Odin), Loge (Loki), Donner (Thor), Valkyries, dwarfs, dragons, nymphs and other magical and mystical folks you hear referenced in everything from Thor comics to album covers.

Thanks to Bryan, I've known about the idea of the operas and how Tolkein's work reflected mythic elements since, say, 1997.  But I'm also a pretty lazy fellow, so I kept a few facts in my back pocket, including the names of the operas and that they were a bit of a Rosetta Stone for a lot of modern mythology and cultural touchstones, be it pop-culture or otherwise.  It was always one of those "well, maybe one day I'll look into it" sort of things.

About two months ago, somehow, in a single day, The Ring Cycle was referenced multiple times in print and online.  I saw the trailer for an upcoming comic, I saw stills from a 1920's film about hero Siegfried (directed by Fritz Lang), and it popped up a few other places including Twitter and a conversation at work. 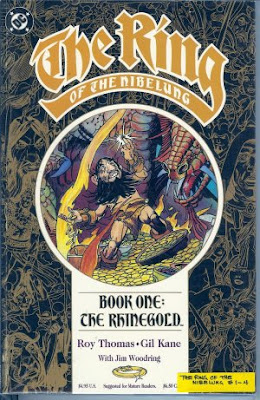 I am not one to ignore cosmic coincidence, and so I finally took a few steps.