The curious bi-furcation of DC Entertainment

Yesterday a whole block of cartoon programming centering on DC's characters, lasting over multiple hours per week (over multiple years) on Cartoon Network was announced.  Kids (and adults) will be getting family-friendly versions of Batman, Plastic Man, Doom Patrol and a My Little Pony-type take on Wonder Woman, Batgirl and Supergirl.

One also cannot help but notice that Hot Wheels (yes, the tiny, inexpensive toy cars) has been running ads for Justice League themed cars on the backs of certain DC comics that, historically, should be kid-friendly, such as Superman.

And, of course, General Mills is putting the Justice League on boxes of cereal.  In their traditional costumes.

Meanwhile, I read Catwoman and Red Hood and the Outlaws.  Bit of a different thing.

Diane Nelson was not brought to DC Comics (which she immediately renamed DC Entertainment) because she happened to suggest to Warner Bros. that they could do well to publish this nifty book about a wizarding school and the unlucky little boy living under the stairs.  Nelson was one of the architects who turned Harry Potter the book into Harry Potter the cultural touchstone.  The Potter franchise is clearly cross-generational, reaching out well past the original audience of young readers and becoming a movie franchise worth more than most nations, a tourist destination in Florida, a line of high-end collectibles in your SkyMall catalog, lines of cheap Halloween costumes, etc...

What's curious to me is that I'm assuming Nelson is at least partly aware of the strategies at the comics side of DC, and has raised a thumb in support of the "males 18-34" plan put into place by DC Comics.

Its not a town I come to often, but as Texas A&M International has started working with my office, its a place I'll be hitting for the foreseeable future.

Last I was in Laredo, I was in about 5th grade.  I don't remember much about the trip except that:
1)  I bought some plastic sunglasses I thought made me look cool (they did not)
2)  My dad bought these crazy-huge longhorn horns in a shop.  The horns hung over our fireplace briefly, and then one day, were back in the garage, never to be hung again.
3)  Jason bought this wooden model Spanish galleon that was really pretty big.  Like, two feet long and two feet high.  I never figured out how he talked my folks into that purchase.

Laredo is one of the oldest cities in Texas, a sort of way-point between San Antonio and civilization back when when this was all Mexico/ Spain/ whatever....  And while its seen Mexican armies coming north to deal with unruly Tejanos and American armies coming south to insist that, no, Texas is most definitely a part of the US now...  its not been the site of much actual military action.

As Mexico, especially border towns in Mexico, are having so many problems with drug cartels, Laredo is one of the destination cities for folks looking to not live in Mexico anymore.  The town, which is far older than places like, say, Austin...  looks like a bright, shiny new place in the area I'm staying.  Nothing looks older than 5-10 years.

There was some concern about safety, but apparently all is well on the US side of the border.

I'm headed back to Austin mid-day tomorrow, but its great to get down here.  Just wish I'd thought to plan a day in Laredo for a look-see.  Next time.

According to reports coming out of the New York ComicCon, DC has decided that there will be no more Krypto in the New 52.

This makes me sad.  And this is sort of the thing that is making me wonder about the stated goal of aiming your comics at the 18-34 year old male demographic.

While I do think the comics of the 90's were aimed at an all-ages audience, the 90's Superman comics by-passed the Bronze Age in terms of "world building", but it was also one of the dullest eras of Superman as creators tried everything in their power to avoid reminding readers of the past 50 years of Superman comics and tried to pretend that Superman was just a straightforward superhero book that would fit in alongside "gritty" books.  And, hey, who should be picking up writing chores on Superman than Dan Jurgens and Keith Giffen?   Competent writers, but its a strange fit to jump 20 years backward as they're supposedly moving forward.

For me, as a Superman fan, this is disappointing.

I know it seems like Halloween is still aways off, but we've only received one submission for the Halloween participation-palooza.

This makes me a sad The League.  We can't really do this without YOU.

We'd like to get all submissions, if any, by October 19th.  So if you have a minute or two over the weekend, why not kick us a submission? 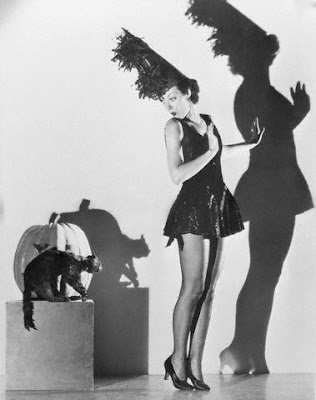 So I don't need to tell you guys Ghostbusters is awesome

This evening I went to go and see Ghostbusters at the Alamo with Jamie and my pal Kevin.

It was a lot of fun seeing it on the big screen for the first time since I was a kid, and seeing with a crowd that all wanted to see it again.  And it was most definitely an "again" scenario.

The crowd was laughing more at the small moments than the go-to laughs, like most of us who've seen that movie a couple of dozen times.

In which I talk about why I hate talking about music

So, about five years ago, I started really hating talking about music.  Not just online, but in person.  I have used the analogy "we might as well be arguing over which color we should like best", and I kind of stick to that.

On the internet, however, there's no difference between a somewhat apathetic or agnostic stance and finding that your "meh" attitude just outright offends someone.

Concrete Example: If I could barely muster a shrug that REM finally hung it up after not finding a place in my record collection since Out of Time, released almost 20 years ago, I'm sorry.  It doesn't mean I think you're an idiot for praising Monster or Automatic for the People.  I haven't paid any attention to the band since my Junior year of high school.*

I just don't care.  And its not that I don't care that much about YOU as a person (and I know you take your music seriously), but I can't do anything with the fact that we have different ideas about the rock and roll.

Two things that are not secrets:

1)  I have not found any new shows this Fall that are to my liking enough to add them to my DVR
2)  Connie Britton, yo

Rather than worry about Dracula or Moth Man coming at you, there's something primal about the sense of animism and the creeping sense that we're invading the privacy of even the long-dead when we enter spaces once occupied by others, especially when the artifacts they left behind still linger.  No doubt I just never really got over The Shining and The Haunting, or handful of other movies in which bad stuff goes down inside a space that can't seem to let go of its dead (I'm a fan of Poltergeist, too, but as more of a weird kid's movie than an actual scary movie).

American Horror Story arrives with as big a name cast as anything you'll find on basic cable.  Connie Britton of Friday Night Lights plays our lead, the wife trying to forgive her spouse for cheating on her (she actually caught him in the act).  The husband is played by Dylan McDermott, star of multiple TV shows, usually featuring handsome attorneys.  Jessica Lange (I KNOW) plays the, uh, eccentric next door neighbor with a daughter with down syndrome.  Frances Conroy of Six Feet Under plays the housekeeper who insists on returning to the job.

Hey, Signal Corps!  We have a sort of tradition of reader participation around Halloween going back many, many years.

I posted the rules  for the Halloween participation adventure last week, but wanted to put out a reminder.

Tragically, these things DO have deadlines.

Click here to read up on this year's event!

Return to the New 52: Batbooks Part 3 (BoP, The Dark Knight, Batman and Robin)

Hey, Signal Corps!  Still plugging through the Batbooks.  We're on to the Green Lantern books in the next installment.


A reminder that you should visit the good folks at Austin Books and Comics.  They've more or less sponsored by complete read of the New 52!  And, absolutely remember that these are reviews, but they're my opinion and my opinion only.  And I'm old and cranky and still can't believe Superman no longer has red trunks.

Birds of Prey #1
by Duane Swierczynski and Jesus Saiz

I'm including Birds of Prey in this book because, well, this book always takes place in Gotham, and it seems odd not to talk about it in context with Batman.  Also, I was a very much on-again, off-again reader of Birds of Prey going back some years.

This issue just sort of feels like a bunch of stuff happening because its a modern/ current-type comic and so we cna expect lots of covert military style folks in dark, urban locations fighting each other in light body armor.  Unless you have prior knowledge of the DCU, I have no idea why you'd care or feel like you know about these characters.  And you certainly get no insight into what is actually happening other "some people in outfits that make them semi-invisible seem to want to hurt two women who have no problem with property damage".  Frankly, this was so full of cut and pasted 00's-era comics scenes, I was bored stiff.

Paul reminds me today is also Columbus Day, a holiday which has suffered some setbacks in recent years due to the less than great fallout of Columbus' ships landing in the west.

So, instead, (as per Paul's suggestion) we'll celebrate writer/director/ producer Chris Columbus. 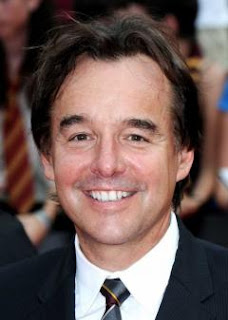