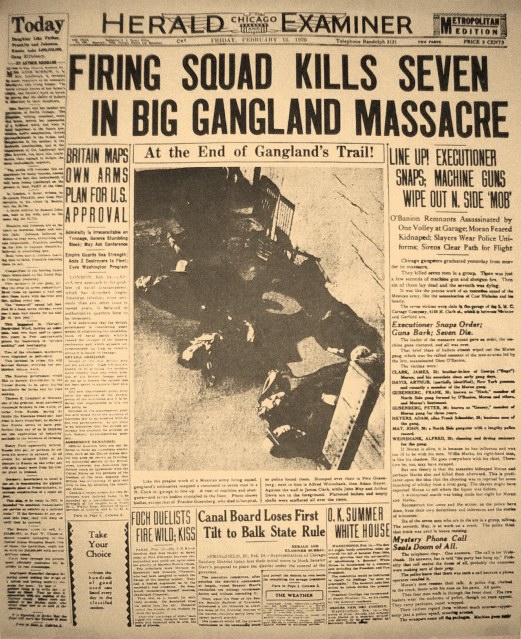 I always thought it was interesting that this massacre begins the comedy "Some Like It Hot."

SPOILER! Actually, I've never seen Some Like it Hot, but I read that as I was going through reading up on the massacre. It seems like I have it set to tape off TMC this week. Maybe that's why they're showing it?

I don't know what it says about me that I have always been fascinated with this event. I have watched way too many History Channel presentations about it. Crazy crazy and sad.

I think you will get a kick out of that movie. It is one of my favorites! Jack Lemmon is hilarious as Daphne.