Zack Snyder's vision of Krypton seems to be rooted somewhat in a sci-fi medieval look.  As long as he sells it, I'm fine with that.  The "S-Shield" is supposed to be the logo or emblem of Superman's family (the House of El), and this seems to fit Snyder's concept of Krypton I've read about online. 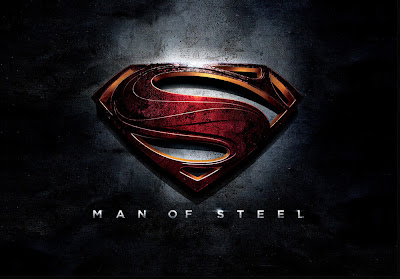 At this point, I don't really have a preference.  I was never 100% sold on the Brandon Routh-worn symbol with all the textures on the symbol, and while I grew up with Christopher Reeve's suit, technology in costuming is pretty far ahead today of where we were then.  Superman is a science-fiction character, and the suit can reflect trends in sci-fi, costuming, etc.. so long as it contains the basic design elements.  And while I am a huge fan of George Reeve's costume, you can't really go back, you know?

But this is just the logo for the movie, not the suit, exactly.  Its an interesting mix of the emblem as drawn years ago, I'd argue in the Wayne Boring model, and a sort of modern tattoo-artistry look.  And who knows?  maybe that's what this needs? I'm not against this at all, its just interesting to look at.