I did not post last night as I was doing other things.

Below is an image of Miss Louise Brooks in the 1930s after she'd returned from Europe.  She's burned bridges before departing, and in coming home found her star had faded in the US.  And, of course, the bob she'd made so famous had gone out of style. 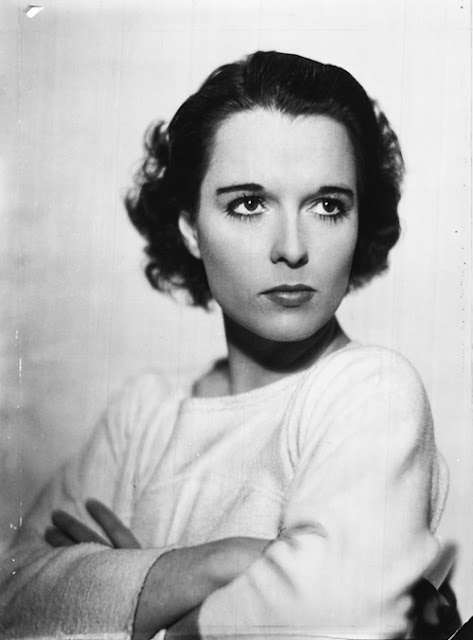 Brooks would play her final role in a schlocky early John Wayne film in 1938.

I know it was not in her mind when the photo was taken, but I like the resolute stubbornness I read in the expression.  She's back, and she's still not going to take any guff from these swine.

At 2 this morning, I finished a book where Louse Brooks plays a huge role. So odd you would post about her. I really want to read Lulu in Hollywood now.

I was going to check that book out from the UT library before I left my building today, which occurred to me I could do even as I wrote this post.

I hear that book you finished is all right, but that was from the Louise Brooks Society, so... bias.