Joe Kubert Merges with The Infinite 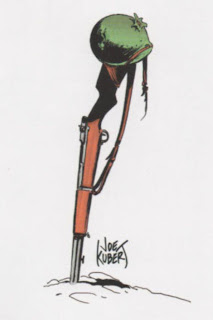 I point you to the obit run at The Onion AV club, as it's a pretty damned good summary of Kubert's bio and will hopefully explain to those of you who don't follow comics who the man was and how he stood in the pantheon of comics heroes.

Kubert was at DC Comics for most of his career, first arriving in 1943 and holding positions as a writer, editor and artist, depending on where the winds blew.  Today's fans like myself are mostly familiar with his co-creations like Sgt. Rock, or his own creation, Tor and the stunning artistry he brought to the page.  Where Kirby was volcanic energy in need of an outlet, Kubert was an illustrative master capturing the world-weary faces of Easy Company, battle-worn soldiers of Earth and beyond, but a master of perspective and detail.


Kubert isn't just a terrific artist.  He also famously launched The Joe Kubert School, originally for comic design and development work, and which has developed into a well recognized trade school for design and artistry of all kinds.  That, people, is what we call "giving back".

He's continued working, and in recent years put out some terrific new Sgt. Rock work (the character with whom he is most readily identified, and for good reason), including the astounding Sgt. Rock: The Prophecy.  In an attempt to keep their stalwarts engaged, DC had recently brought Kubert back into the DC fold with his own anthology, which had just been solicited under the name Joe Kubert Presents.  It was the book I was looking forward to the most on the DC schedule.

I'm a fan of Kubert's work wherever it turns up, be it in his famous war books, in superhero stuff like Hawkman (his Hawkman is phenomenal), or on the cover of Weird Worlds featuring John Carter - which I picked up this Spring. 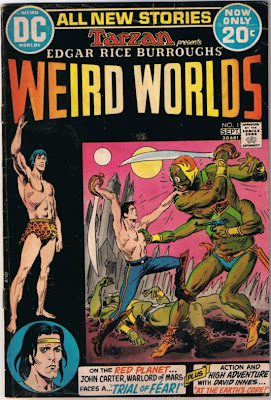 But, of course, he was part of the collaborative team of Kanigher and Kubert who created Enemy Ace, one of my favorite characters in any genre or medium.  Really, the only other artist I ever feel comfortable drawing Enemy Ace is George Pratt, in part because his use of media is so different.  When it comes to traditional comics creation, only Kubert could have created the death ballet of the sky and the haunted Hans Von Hammer. 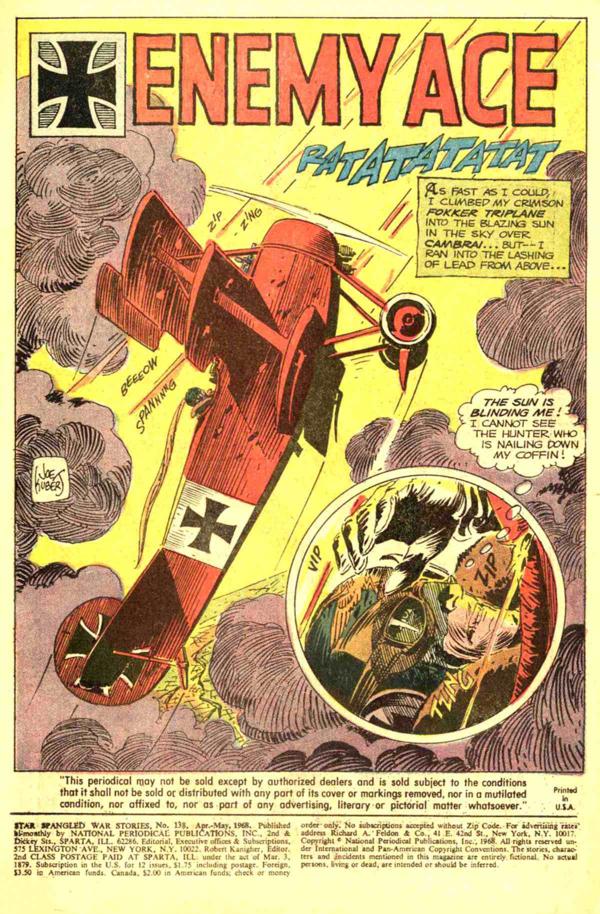