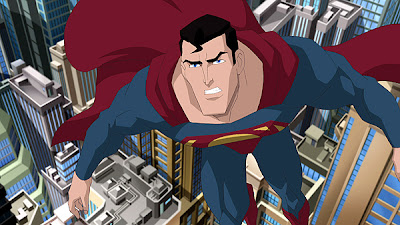 The movie is unbound* by post-Crisis continuity and can do as it likes with the story.  Truthfully, I couldn't really recall the comics too much as the original story folded in on itself into the New Krypton comics that kind of, frankly ruined the good vibe left by Brainiac, which I recall really liking.  Now, that series pulled the various post-Crisis versions of Brainiac into a single version in an elegant and narrative driven manner, merging the ideas into a worthy version of the 1950's version of Brainiac that suddenly became Superman's deadliest enemy.  It was pretty keen.

In fact, one of the few "action" statues I have from DC Direct is the one where Superman is pulling apart Brainiac robots.

The story brings to the surface Superman's desire to protect Lois and a newly arrived Supergirl, and tries to be a bit grown-up storytelling rather than just focusing on retelling a story from the comics or leaning completely on the intricacies of superheroing.  There's a full cast at the Daily Planet, with Steve Lombard, Cat Grant, Jimmy Olsen, Ron Troupe and Perry, and it makes me long for the days when it seemed like DC was on the cusp of reinstating the human element to Superman comics, pre-JMS catastrophe and Nu-52 relaunch.


I have to say, the voice casting by Andrea Romano was some of the strongest of the new voices she's tried.  Matt Bomer (shout out, Spring, TX!) as Superman/ Clark does a great job, and Molly Quinn really knocks it out of the park as Supergirl, taking what could have been a shrill or whiny part and making it sympathetic.  And, as Lois is front and center here, I was a fan of Stana Katic's tough-as-nails Lois. 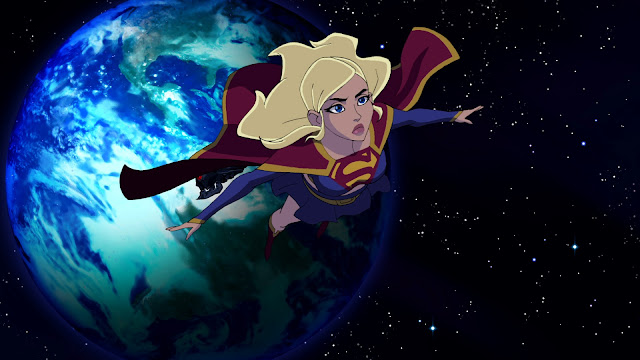 The story is large in scope, but doesn't feel mashed into the running time.  I was able to buy the timeline, even if I suppose it helped that the movie does use shorthand for Kryptonian history, etc... that, possibly it might be a little hard to follow.  Maybe.  I have no idea.  But I did like how the movie moved between the work-place of the Planet to the reaches of space, and it never felt like an odd jump.

Kara's storyline does end on a bit of an open note, especially in comparison to the Superman/ Lois denouement.  But it is a fairly complete idea, giving Kara an extra level of humanity rather than just being the bratty teenager DC seems to want to revert her to but Johns and Sterling gates managed to eliminate in a few issues.  She has memories of what happened on Krypton when Brainiac took Kandor and the horror of losing the entire city.

In short, I respected the writing choices of the movie, something I have to attribute to DC Animation's dedication to real storytelling rather than just slamming characters into one another for a fight. 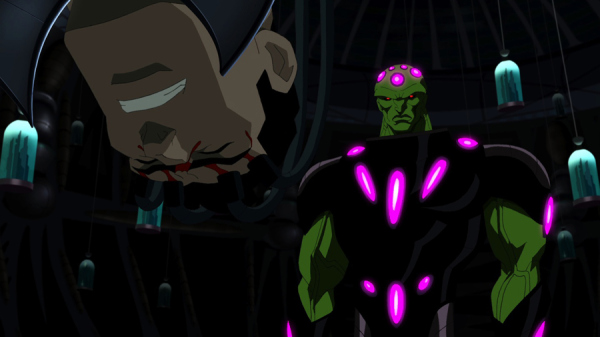 This is the first of the James Tucker-era movies, and while I will always appreciate how Bruce Timm led DC Animation to such amazing heights over the past 20 years, it's interesting to see the regime change and what the new thinking is at DC Animation.  I like the mix of familiar-from-the-comic elements mixed with the necessity of the stand-alone movie.  And the art-style seemed to work, even while I missed Gary Frank's careful rendering. 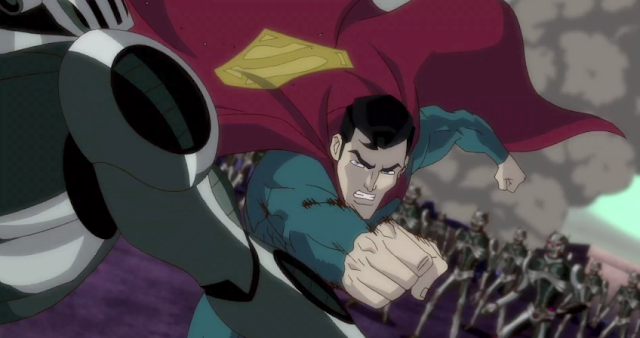 Of the DC Superman movies, this one seems to be a part of the curve toward understanding the character, and really delivering a solid, stand-alone movie I could recommend to a lot of people.  That said, it is PG-13, it is a bit violent and bloody, and I could have done without some of the violence and shot selection I think a more mature director would have known wasn't necessary.