And the other Man of Steel!  Great classic-era costume. 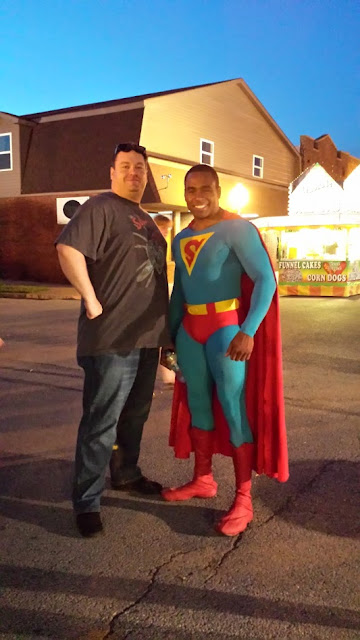 And Comrade Batman!  from the Red Son graphic novel. 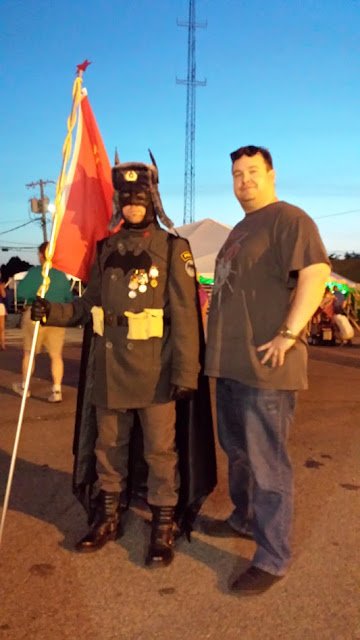 Comrade Batman meets other Batman!  But it is not a Crisis!  There two pal'd around the rest of the night. 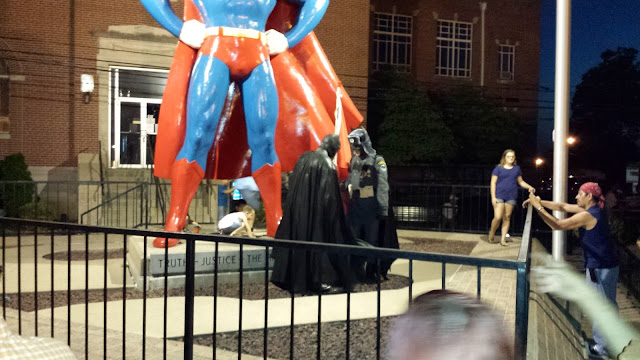 Batman defends the Super Statue with the aid of this young crime fighter! 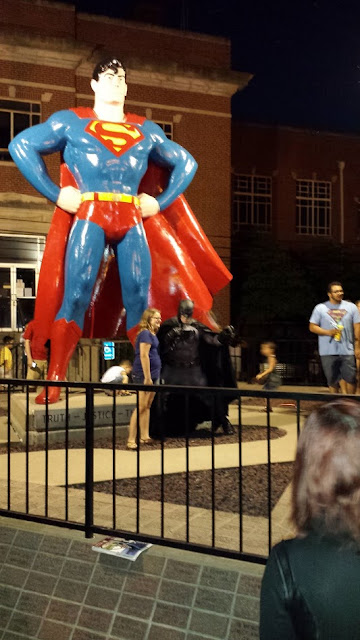 This was Nashville-based Rubik's Groove.  They were totally fun. 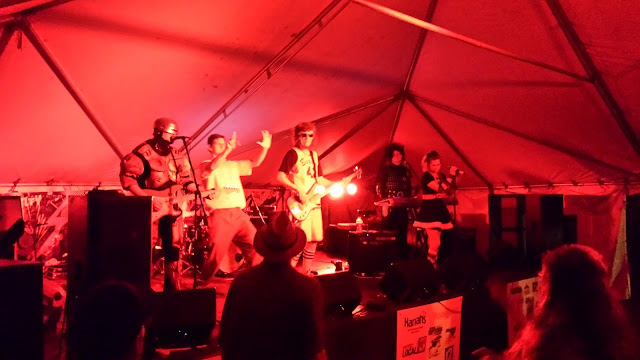 And, back at my hotel, a Nash Rambler with a "LOIS LANE" license tag - a great homage as Lois drove a Rambler in the classic "Adventures of Superman".  The funny thing is, I may have seen this car before once in Wisconsin.  I need to check my old photos. 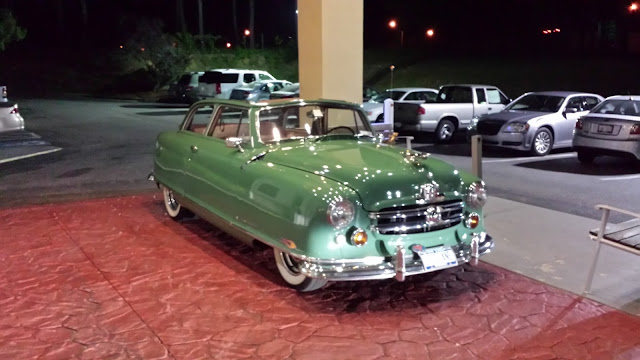 No pics of Stuart yet.  I'll need to grab some.

Here's a link to the Superman Homepage covering the festival.  Stuart and I are somewhere off camera in the last video, rocking out.
Posted by The League at 6/13/2015 10:27:00 AM