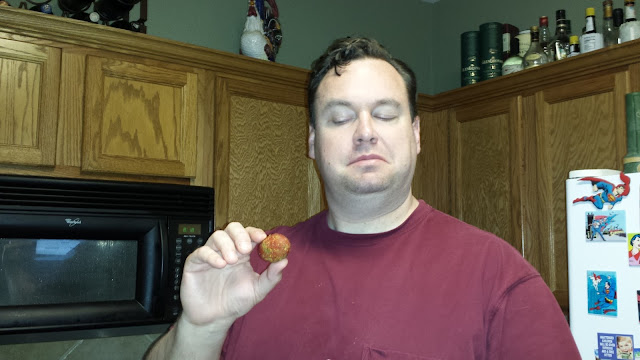 
I literally thought this would be a wad of Cap'n Crunch Cereal held together with marshmallow or sugar or something crunchy and light.  It absolutely was not any of those things.

Instead, it was this:


It was a weird, squishy sort of baked good.  Dyed red.  Sort of donuty, sprinkled in some sort of sugary dust that clung to the "Delight" in equal parts to your fingers.  It was not at all what I expected.

I am baffled by the red color.  I kind of assume that's the color of "crunch berries", which is not something I recall ever eating.  Crunch Berries are the B.S. additive crunchy bit for non-purists who need to add "fruit" flavor to their Cap'n for some reason.

It smelled... not at all how I remember The Cap'n smelling or tasting.  It smelled like an off-brand package donut.  I mean, it's been years since I've had a bowl of The Cap'n, but, yeah...  Just that weird "made in a factory in Hoboken 8 months ago but it's still okay to eat" sugary smell. 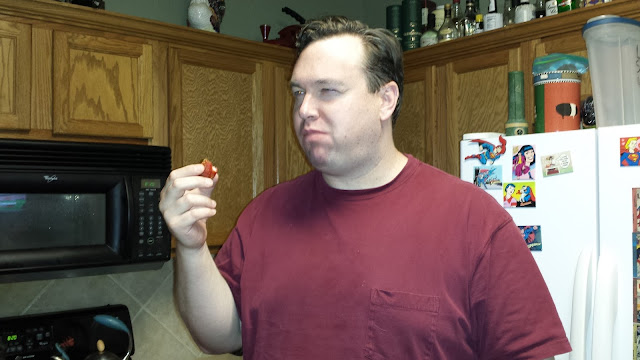 It tastes...  like what I said above - when you buy a pre-packaged baked good that can stay on the shelf for a year thanks to the power of preservatives.  Not bad, exactly.  I mean, I like sugar, too.  But... 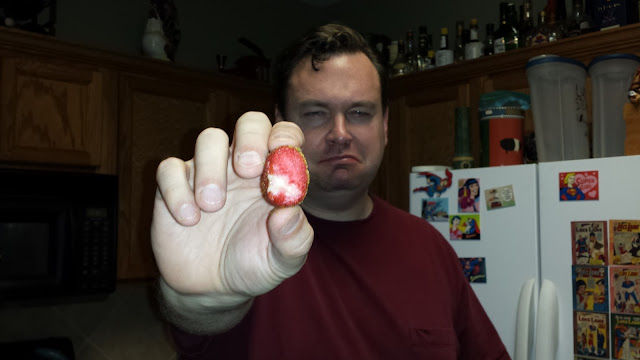 What fresh hell is this?  There's a completely unnecessary frosting filling.  And make no mistake, that's a dollop of canned frosting.  Which is just confusing.  Did the Cap'n sign off on this?  Or has he handed over the reigns to his family, who doesn't understand the nature of the Cap'n Crunch brand? 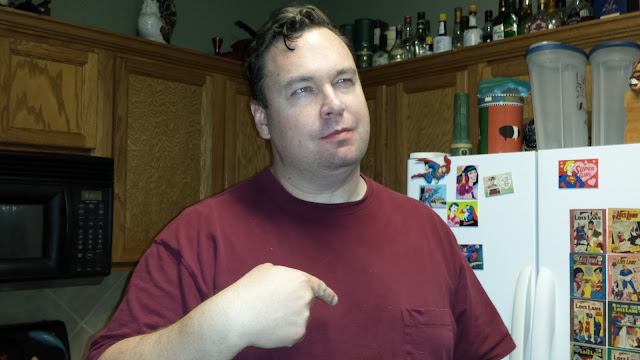 Something odd percolating inside...


We bought two of these things, so I go in for round 2. 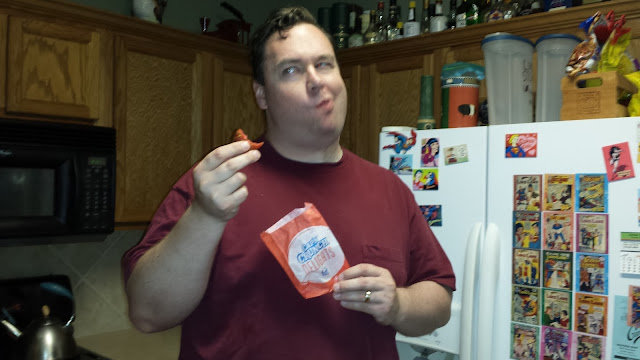 Frankly, this is something I think you're going to like if your diet is mostly coming from gas station snacks and the Little Debbie section of the super market.  It's weird and vaguely chemically tasting, and while I like sugar and lard as much as the next person, this fat-bullet has nothing to do with anything you ever liked about Cap'n Crunch as a cereal in any of its many forms.  The aftertaste is mostly tinged with regret. 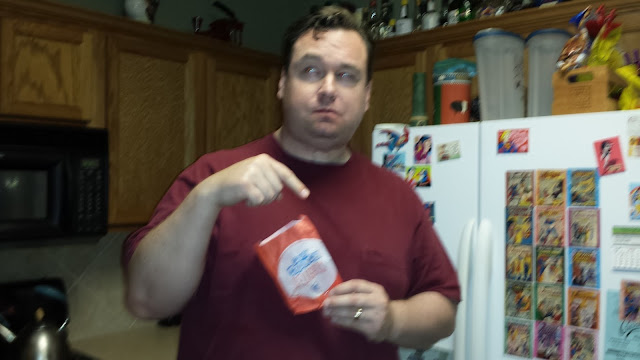 Well, there you go, The People.  I hope you're satisfied.

On the whole, maybe not totally awful - you know, like Circus Peanuts - but it's wholly unnecessary and there's no reason for it at all.  More than that - it's a bit of a betrayal to everything you like about The Cap'n.  I say thee nay to Cap'n Crunch Delights.
Posted by The League at 7/05/2015 09:32:00 PM

I can definitely see why you were intrigued, but yeah, that's one weird-ass dessert.

I'm going to tell you this again. Just because they market something as "food" doesn't mean that you have to eat it.

Thank the High One the taste test is back!

You can make a lot of money doing taste test videos on YouTube. I mean, if kids can make six-figures opening toys on YouTube ...

I don't do it for popularity or money. I do it for The People.